Kim Hyun-joong had charges of domestic violence filed against him on the 20th of August; yet, it took almost two weeks — and two concerts abroad — before he deigned to appear at the police station for questioning. Both Korean and International observers, including those on Seoulbeats, have been incredulous at the leisurely pace of proceedings and the reportedly lax manner of proceedings.

But while most readers have come to a consensus that Kim Hyun-joong‘s actions against his girlfriend are largely unforgivable, there is considerable debate over the role Dispatch played in the private details it chose to reveal publicly. Perusing through the comments section of Gaya’s summary of the scandal, there seems to be those who are in complete support of Dispatch’s actions and those who are uncomfortable by the amount of detail that’s been leaked.

Do you agree with Dispatch’s decision to publish privileged photos and communications related to the incident (even with the possible consent of the victim)? Did Dispatch have the right and responsibility to make these details widely viewable to the public? Given the context and magnitude of the situation, is it ethical for the media to publicize these types of details?

Lo: Honestly, in this case, I back Dispatch. And I think they did the right thing for one reason: corruption. The Seoul PD is clearly showing bias towards Kim Hyun-joong, if not being outright bribed to come down on his side. Either way, they are not doing their job to protect and serve “A”. And when the government fails in its duty, the people need to be informed, or it won’t change.

Yes, Dispatch did have a responsibility as journalists to reveal the truth. It becomes even more obvious that it needed to happen when you look at the scenario as a whole. Without that evidence, the whole debacle was a case of he-said, she-said. It may have been obvious that what he said was bullshit, but there was no proof. Now, you can’t call “A” a liar, or pretend it didn’t happen. I hope Dispatch had her permission, but even if they didn’t, I’d still take them revealing it all over keeping it quiet. After all, what would she have gained if they had?

Camiele: I back Dispatch, to a point. If the victim didn’t want details of what was done to her revealed, it wasn’t Dispatch’s job nor place to reveal said information. For all we know, she wanted to keep it quiet for the sake of not having to deal with public scrutiny as well as the scrutiny and judgment of those of South Korea’s “justice” system. After all, we all know to what lengths fans of “oppar” will go to keep “oppar” safe from harm and out of the hands of any woman, especially one who’ll slander “oppar’s” name. And on the one hand, I’m completely with Lo. The Seoul PD and SK’s own justice system has shown that not only do they favor those with money/power/publicity, they favor men above all else. 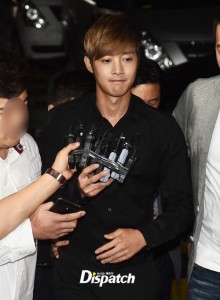 On the other hand, having a duty to “reveal the truth,” especially when it’s not their truth and she’s not a martyr to anyone’s cause, falls in a gray area. The media has always decided what they have a right to reveal, with or without the consent of whomever they’re shoving into the spotlight. It is absolutely her right to not want her medical records and photos revealed to the world at large, especially as she’s already been a victim of an abuse of power and position and what someone thinks is their “right.”

That being said, if the revelation leads to her freedom (physically and emotionally) and KHJ being brought to justice, I don’t know if I can accept if they’ve overstepped their boundaries, but I can accept their reasoning behind why they did it. Of course, it begs the question if Dispatch did this for the sake of protecting and helping this hereto for unnamed woman, or if they did it in their conquest to get as much career-ending dirt on idols as they possibly can.

Gaya: As I said in my summary, I don’t feel that personal information like text exchanges and medical records should need to be made public in the first place; they only need to be produced for legal proceedings, and that’s it. The public only needs to know the outcome of the case, and not all the details; judging the evidence and details should be the job of the court.

The victim shouldn’t have to feel like they have to release evidence publicly in order to be believed and ergo not harassed as much by the public. If people are going to consider that Kim Hyun-joong, or anyone else, is innocent until proven guilty, that shouldn’t shift the onus onto the victim to prove their innocence, as such; we should also consider their claim to be legitimate until proven otherwise. That said, we also need the legal system to do its job properly, and that is not what is happening. If the system is letting you down, then I can understand turning to the public instead, and letting them be the judge.

Ultimately, all I care about is the consent of the victim to release personal information relating to the case. If Dispatch hasn’t done that, then they are ethically in the wrong, and I guess everyone who has shared the images, including myself, is in the wrong as well.

Andy: This whole thing creates an inner conflict. First, I’ve never been a big fan of press like Dispatch, and therefore, automatically question their integrity and motives. They seem to get a thrill of slinging mud and spreading rumors for the sake of revenue. Even here in the US, so called newspapers do the same thing; even going so far as to sue for sealed court documents and revealing witness names. While the press does have a responsibility to tell the full story, consideration for bystanders and those involved should always come first. The press is playing with people’s lives, after all.

That being said, the justice system and public seem to have an ambivalence and systematic acceptance regarding domestic violence, and perhaps even institutionalized victim blaming. The likelihood of justice being served seems very slim. You could only hope for an untainted jury or impartial judge. Releasing evidence of domestic violence can help put a bit of pressure on the police and courts to be fair and do the right thing. However, the release also means the case is handled in public, which is not a good thing. Any privacy the unknown woman possessed is almost surely gone now.

If the woman gave permission for her private records to be revealed, then so be it. That is her right. Her story is out there, and hopefully, it moves people to take action against domestic violence. Also, it hopefully relieves some of the pressure she’s under to defend herself from victim blaming — which she shouldn’t have to do. Dispatch being the party to spread the information just leaves a little bit of a bad taste in my mouth. 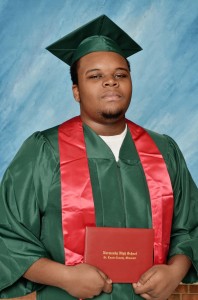 Mark: This may be a bit of a far-fetched comparison, but like the Michael Brown police brutality incident that’s currently going on in Ferguson, Missouri, public opinion is largely in favor of the victim because the public has been provided with access to evidence that would most definitely favor the victim in the courtroom. The hint of doubt that the public would have had otherwise are completely erased due to the overwhelming evidence being readily presented to anyone who is the least bit curious.

Given that there seems to be a general assumption that the victims of both cases are going up against an unfair justice system, and that winning over the public may in fact be in the favor of the victims, I find nothing wrong with news outlets publishing evidence if it is within the consent and confidentiality rights of the owner.

Joyce: I’m pretty much in the same camp as everyone else. If the victim gave her consent for such evidence to be released, I think there’s no reason why not. Given that he’s still allowed to postpone his questioning for his world tour, I don’t really have that much faith in the investigation right now. And if things are not going to get solved that way, I don’t see the problem with bringing the injustice to the public to garner public outrage.

And to a certain extent, while Dispatch’s true intention is questionable, there’s no denying that their revelations did prove the graveness of this situation, and swing things in favour of the victim.

Lindsay: Normally, I hate it when the media releases very personal information to the public. Normally. In this case, however, I can’t help but feel that the woman wouldn’t have gotten justice if it weren’t for Dispatch. Yes, Dispatch is a despicable organization that makes money from the suffering of others and I can’t say I approve of them directly, but in this particular situation I see the leak of her personal info as necessary to bring the severity of the situation to light.

In an ideal world we wouldn’t need this level of public knowledge and we could trust the justice system to handle it, but that has not been shown to be the case — especially not when it comes to women and idols. Dispatch has done a good deed whether they meant to or not (probably not) and although the woman may not have given her permission I can’t help but feel that in the end it is not only best for her situation but best to help everyone understand her situation that all of the information was shared as opposed to hidden.

Nabeela: I think it’s really important that the full details of this case comes forward in the fullest capacity possible. As a former die hard fan of SS501 and Kim Hyun-joong, I am shocked and horrified at what has already come forward. But it’s also moments like these that provide the disillusionment K-pop fans so desperately need, and whether or not the reporting is ethical is sort of a moot point now; it’s more important for fans, even young ones, to know that all that glitters isn’t gold.

K-pop does have this grimy underbelly that is all too easy to ignore, and I feel like instead of stigmatizing the media for this, we should look at it as an opportunity to educate ourselves about K-pop and what it can lead us to believe. Granted, I could care less most of the time whatever Dispatch is running, but sometimes they strike oil like this. I personally believe Kim Hyun-joong has already be given too much slack, but if his ex is coming forward with evidence and having it released by her own consent, it’s important all details come forward to avoid speculation, mistranslation, and above all, poor reporting on our own end.