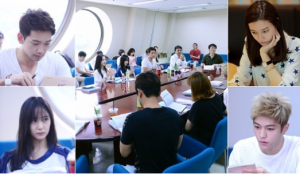 In recent weeks, drama land has been filled with news of idols being cast in lead roles — Sun-hwa in Rosy Lovers; Rain, Krystal and L in My Lovely Girl; Soo-young in My Spring Day. While idols venturing into the acting field is nothing new, I doubt there’s ever been such a high percentage of lead roles given to idols.

While there are a handful of idols who have successfully proven their worth in the acting world (Yoochun, Rain, Lee Seung-gi, Lee Joon, Seo In-guk, etc), it’s not surprising that most idol casting news is met with a healthy amount of skepticism and unhappiness. To the majority of Koreans who have little interest in idoldom, it must be tiresome to see idols take over sponsorships, MC roles, CFs, and now, the small screen.

Generally, there should be little issue with idols acting, so long as they’ve proven themselves to have solid acting chops. A lot of frustration with idol-actors often stems from the way they get major roles without having worked their way up the totem pole, and then show their less-than-average competence at acting. And frankly speaking, this happens more often than not. It often leads the viewers to ask: why are idol even offered acting roles in the first place? 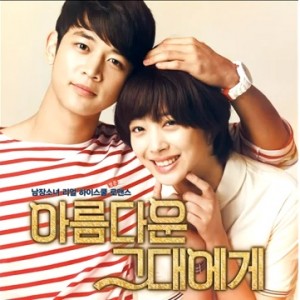 To raise viewer ratings? I think there has been enough evidence that casting idols does not necessarily correlate with higher viewership. Look at To The Beautiful You, helmed by Sulli and Minho, with its Taiwanese and Japanese versions achieving mainstream success, the Korean version only averaged an abysmal 5% in ratings. The main reason idols are cast in dramas, is to tap on the international visibility of these idols, to enable the drama to be exported at a higher price. I mean, I doubt a typical Korean ahjumma would tune into a drama just because there’s gorgeous twenty-something eye candy in it.

It has to be something more than that; the idol has to have proven their status as an actor alone, without the caveat of the idol tag. Only then, would the everyday audience bother to tune in. This phenomenon is very telling when you realize that idol dramas, that are so talked about in international forums, barely break double-digit numbers in domestic viewership. Casting rather green actors like Krystal and L would likely only appeal to a certain domestic population demographic, not the targeted mainstream audience.

The harsh reality about acting is that, it takes more than just popularity and good looks to rocket an idol into acting ranks; it also takes legitimate acting skills. Idols such as Lee Joon and Baro have taken it upon themselves to hone their art with challenging but small roles — Lee Joon as the psychotic murderer in Gap-dong, and Baro as the mentally handicapped orphan in God’s Gift – 14 Days. Both idols have proved themselves conscientious rookie actors, and viewers sense the effort and applaud their performances. Subsequently, any other roles they attempt will be met with much less cynicism. Even D.O. is earning praise in his rookie effort for It’s Okay, That’s Love, following in their footsteps of first challenging a minor but memorable role.

Compare this to Kim Hyun-joong, who exploded on-screen in his glorious golden blonde hair in Boys Over Flowers as the second lead, and scarred everyone with his terribly wooden acting. It’s no surprise that viewers were thus pessimistic about his follow-up role in Playful Kiss. Once bitten, twice shy. It would take even more to undo this negative impression the audience have, essentially requiring him to be extremely impressive in his next performance. 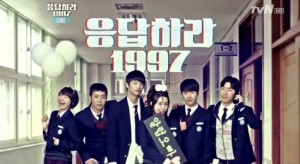 Even acting-dols Eun-ji and Seo In-guk had a humble rise to fame. They both starred in a low-hyped cable drama Answer Me 1997, which drove them both to stardom and the public lauded them for their realistic portrayal and electric chemistry. They followed up this approval by taking up more side roles in dramas airing on the free-to-air broadcast channels, before eventually accepting lead roles. Compared to Kim Hyun-joong or Sun-hwa, the response to their casting is much less dubious since the audience is assured that their ability is at least on par with other actors by trade.

Sun-hwa snagged her first minor role in God’s Gift, in which she gave a so-so performance. Within a few months, she was cast in Marriage, Not Dating as a second lead. While her acting isn’t terrible, it’s nothing fantastic either. So when news of her being cast as the main lead in My Rosy Lovers came out, the public was notably hesitant since her acting is deemed to be at leading lady quality yet. To the audience, the popularity of idols are influencing PDs to cast idols in leads, instead of up-and-coming actors who are much more seasoned.

This trend doesn’t escape Hallyu gods either. When Changmin and Yunho assumed the mantle of leads in Paradise Ranch and Heading to the Ground respectively, both dramas literally headed to the ground. Both idols suffered from being thrust into roles that were way too demanding and expected too much from their limited know-how. Their delivery was awkward, and everything felt way too stiff. It took a few years away from the acting spotlight, and trying their hands at miniseries and second leads, that the viewers started to warm up to them again, after they established their much upgraded acting ability. 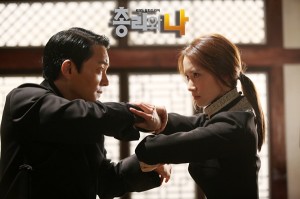 When the Nodame Cantabile remake floated Yoona’s name for the leading lady, netizens were in a huge uproar, believing that the mediocre idol-actress would destroy the much-loved Japanese series. Yoona’s acting is by no means dreadful, but her limited range of facial expressions and emotions leave little faith in the audience that she could pull off a relatively radical role. Yes, she has definitely improved bit by bit, but since the precocious Shim Eun-kyung was the other contender, it was widely agreed upon that Shim would be a better fit for the quirky lead female. To the viewers, talent still trumps looks or recognition. A good actor is always better than a good-looking actor who can’t act.

When idols are cast in dramas, they often fail to realize that acting is a whole new craft that people dedicate their lives to. They assume it’s as simple as merely reciting lines and making some facial expressions. Perhaps these idols do not realize, that the viewers can often feel the volume of effort and thought the actor puts into analyzing the character’s psyche. Yes, with crazy idol schedules, it can be tough to have enough energy to focus on so many aspects of acting other than memorizing lines. But as an avid drama viewer, here’s my message: If you can’t afford the time and effort, don’t take the role. There are so many capable rookie actors who would die for this role; so if you’re gonna take it, you better well try your damn hardest at it.

While some may say that it’s always the entertainment company who forces their idols to go into acting, I doubt that this can be done without consent of the idol. I’ve seen enough interviews, where the idols always state that they would like to ‘give acting a shot,’ or to eventually ‘expand their talents into acting.’ Evidently, acting seems to be this holy stage that everyone wants to end up on; seriously, what’s up with this childish greed to act? Not everyone can act; and idols don’t realize this, sometimes treating it as natural progression, not realizing how serious and taxing a pursuit it is. 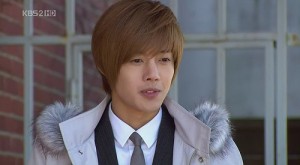 The other excuse fans use to defend their idols is that practice makes perfect, and their oppas are improving bit by bit with every production (coughYonghwacough). Yes they’re getting better, but does that give them the right to deprive someone of the role, someone who is already up there in terms of ability? These improvements shouldn’t exactly be taking place on-screen, but off-screen, in acting classes, or web dramas, not during prime-time slots on television.

I understand the attraction of casting idols — they’re easy on the eyes, they bring in the younger demographic, they ensure international notice, they heighten public exposure. But is this really fair for actors who are much more professionally-trained but are lacking in public visibility? Acting is not child’s play; lead roles should only be given to people whom the public can proudly acknowledge as an actor, and that bar is not easy to reach

The success of a drama lies in its script and the acting; neither can be compromised. Perhaps both idols and producers alike should take this into consideration for future casting, before wrongly sacrificing quality for media play. Or else, is this a message to all wannabe actors: that debuting as an idol is the fastest shortcut to snap up meaty roles?