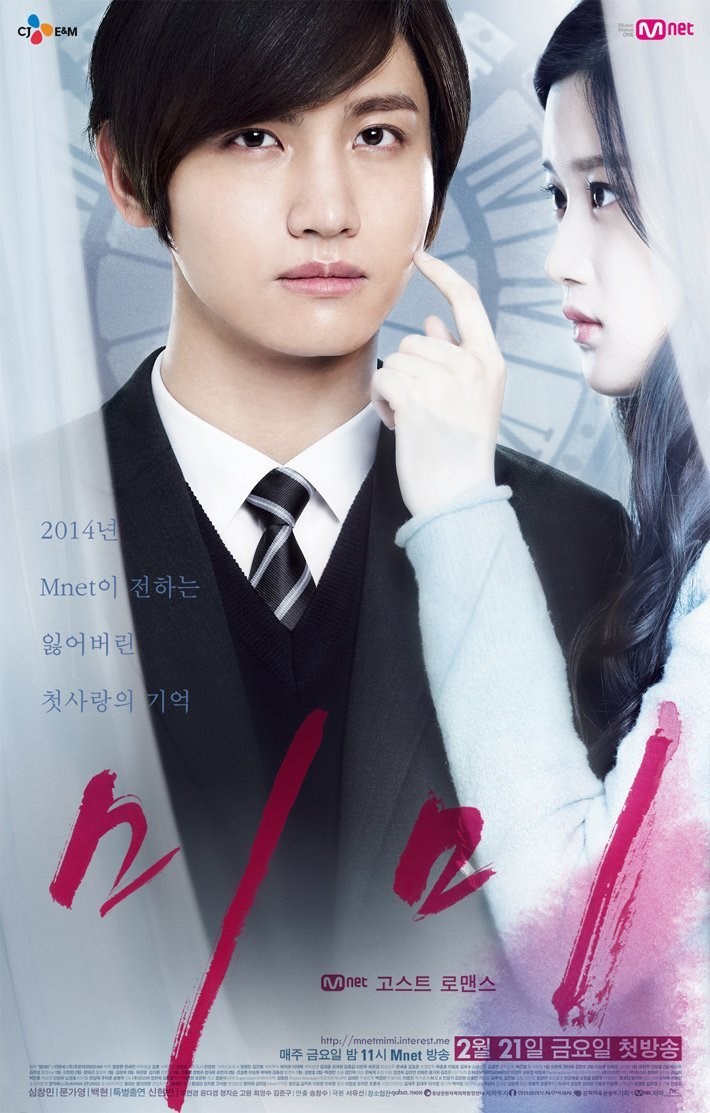 At the end of the fourth and final episode of mini-drama series Mimi, these are the words with which Mimi describes her attachment to Han Min-woo. They also beautifully capture the essence of Mnet’s mini-drama, for which the girl uttering these words is the namesake: For one, there is the beauty and the excitement of being in love, especially if it happens for the first time. And there is also the power of memories, and the importance of accepting them.

Based on the Korean movie M, which was released in 2007, the mini-drama is able to surprise and capture its viewers in many ways. Advertised as a “ghost romance”, the plot itself might not be revolutionary. A female ghost follows her first love who has lost all memory of her. When he slowly discovers evidence of her existence and suffers because of it, she decides to help him regain his memory. As the man, Min-woo, is a webtoon writer and uses his current popular webtoon to tell their love story, other people from their past get involved and are more or less helpful to Min-woo’s search.

What manages to capture the viewer is the way in which this story is conveyed. Anyone looking for a humorous and oftentimes light rom-com à la Master’s Sun will soon realize that this is not the drama for them. But if the curious viewer is interested in fascinating story-telling and intriguing characters, then they should give this drama a chance.

The characters in Mimi have a depth which almost seems refreshing among the many stereotypes constantly reused in Dramaland; and even more so when one considers the short time the drama has to develop them. Min-woo is an unusual lead: Physically in a bad condition when the viewer first gets to know him, introverted, bitter as the coffee he likes to drink, and confused by his inability to remember a significant portion of his past. A character many dramas would shy away from, since his mood might drag the viewer down with him. 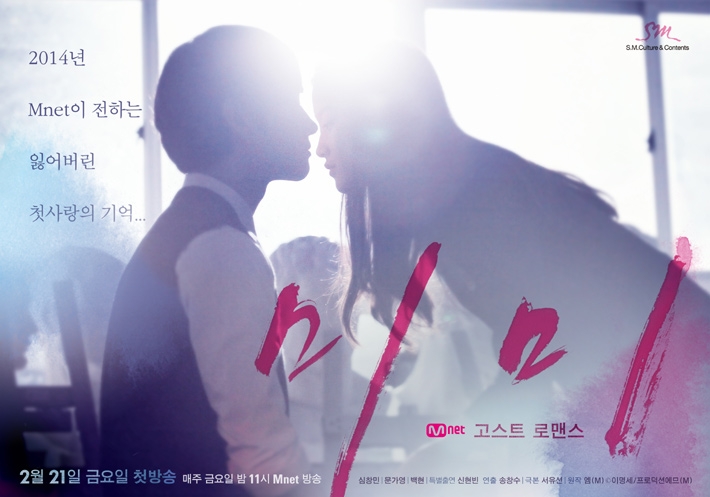 On the other hand there is Mimi, at first glance seemingly the stereotypical girl who is head-over-heels in love, which the audience knows from many other dramas. But with each episode, it is revealed that she has to make many difficult decisions in and after her lifetime. At the end, the audience realizes that Mimi has been the real hero all along. She saves Min-woo’s life more than once, and she loves him with such kindness and consideration that she places his happiness above her own and finally let’s him go.

A word has to be said about the actors, since they are essential to the portrayal of these two characters. Many viewers surely watch this drama for Changmin, and though they might prepare for the worst, they will not be disappointed. After the horrible reviews he got for Paradise Ranch, Changmin might have done the right thing by participating in a more solemn production.

His character is not very talkative and due to his introversion, he generally shows rather subdued manners. This does not ask for Changmin to exert his acting abilities too much. This way, he can focus on his facial expressions to convey the character’s feelings. His intense stare, often a point of ridicule, is actually an advantage for him in this role. But most importantly, Changmin also frequently manages to soften his expression. Especially in the moments when the older Min-woo sees his past self and Mimi, these melancholic expressions help in creating the right kind of atmosphere for the drama. 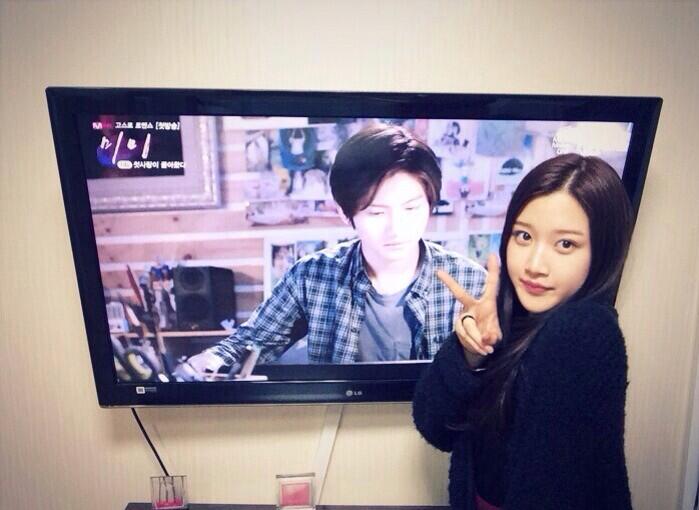 Moon Ga-young manages to give a nuanced performance in her first leading role as Mimi as well. Her portrayal of the shy, cheerful, lovable Mimi is enchanting to watch. There are moments where she might overact but it isn’t too annoying when one considers that she plays an adolescent (an age at which many are prone to be overly dramatic from time to time).

Apart from the characters, another strong appeal of the drama is its pace which is comfortably slow. This is, of course, not at all surprising, since a movie of not even two hours has been turned into a drama which all in all lasts almost five hours.

The pace becomes much more interesting though if one considers its connection to Min-woo’s state of mind. Its slowness accentuates his sadness, and ultimately also relates back to the “memory” theme. In the beginning, the characters are unwilling or unable to deal with tragedies in their past, which keeps them from moving forward. Min-woo can’t remember his first love, and is stuck in his life and in his webtoon. Mimi does not want to let go of Min-woo, and is therefore stuck on earth as a ghost.

Additionally, in a drama about an illustrator, the visual aspect should not be ignored. And the cinematography of Mimi is truly riveting, as it seems to imitate the manhwa/graphic novel look that is frequently seen in Min-woo’s works. Of course this might just be imagination since the audience gets to see many scenes in a filmed version (the flashbacks) and in a drawn version (the webtoon), but it feels like many shots could be translated one-to-one into a manhwa.

The angles used when the camera peeks into empty streets and shows the Lupin bar, and one very distinct shot of Min-woo stepping into a puddle increase this feeling even more. The use of light and dark contrasts and strong colors could also indicate that this manhwa look is intentional.

For all the reasons stated above, Mimi gets a 4.5 out of 5. Both lead actors seem like they could improve even more, and the back and forth between scenes in the past and in the present is occasionally confusing. The repetition of certain scenes can also get on one’s nerves but then again, that’s not an unusual tactic in Korean dramas. 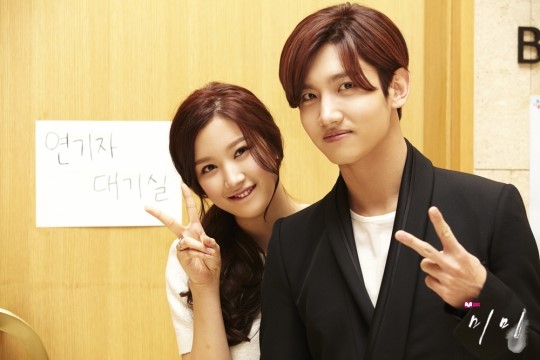 The viewer should of course also be aware that the whole thing is a giant vehicle for SM Entertainment acts. Changmin is an SM idol-turned-actor; Moon Ga-young is under contract at SM C&C; and SM The Ballad‘s “Breath”, as well as other songs by e.g. SM The Ballad and EXO, can be heard at least once per episode.

But even if Mimi is such a vehicle, it is exceptionally good. The stellar performances by the two leads are pleasant to watch. Even though their complete back stories are not known, the character’s motivations and desires are portrayed in a sensible manner. This even goes for supporting characters such as Jang Eun-Hye, Min-woo’s superior who helps him in recovering his memories. It is possible that the cinematic origin could be felt in the drama’s distinct pace and cinematography, but one would have to watch the original movie to confirm this.

Last but not least, Mimi encourages its audience to think. It sometimes does so with overly lecturing monologues but for the most part the viewer is subtly stimulated to contemplate. It is a small drama that dares to tackle subjects like the endurance of (first) love; and that questions which memories are worth keeping and which ones will stay with a person during their whole lifetime.