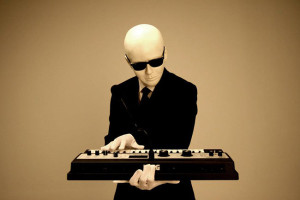 Electronica giant Space Cowboy once again takes a moment to allow us a chance to explore the reaches of our own intellects. With his latest effort Extremely, listeners get a chance to navigate from one end of the universe to the other, hence “extremely.” The album starts softly, quietly, then ultimately ends up becoming loud and full of electronic life. Thus Space Cowboy sits his audience down, and through visual and auditory clues he tells us his story—one of light, pain, and powerful realization.

We’re at first placed onto a more organic planet, where acoustic guitar and piano are our vehicles. Though Space Cowboy’s musical weapon of choice is electronica, the album opens with a beautiful two-minute acoustic guitar driven instrumental. Title track “Extreme” is a contradiction of sorts. It’s sweet and simple, soft and quiet like the sun creeping over the horizon to greet us in the morning. Then the sound becomes fuller, more insistent. Without much preamble, the sun bursts through the blinds and announces itself. “Extreme” is the perfect way to open an album that has promised to take us on a tour of both ends of the world. It’s almost like an introduction into life, loud and energetic. Then when we’ve taken our first big breath of the universe, the song ends, no lingering notes, no warning.

The next track,”Falling,” seems like a new being has landed right in front of us and wants to shake our hands. The warbled coo indicative of auto-tune twines its way into our ears. However, unlike the resounding majority of songs relying heavily on the computer technique, Space Cowboy takes full advantage of its intended purpose—modifying the voice and giving listeners not just a warped vocal, but an entirely different being altogether. Also unlike those who use the technique as a tool to, essentially, “sound cool,” Space Cowboy introduces opposing tropes within the same song. The idea of sterility, the mechanical sound seemingly lacking any emotion, contests the emotive lyrics, words that speak of closeness and warmth dissipating, leaving tears and heartache: “Close to me, your voice that called my name. Your scent that I used to like. Your eyes that looked at me never.”

“Falling” is a triumphant song. It’s a beautiful way to open newcomers to Space Cowboy’s decidedly intimate brand of electronica. Much like the song that opens the album, “Falling” reaches an ebullient crescendo, following what can only be described as a rap battle between group Soul Dive and the baby grand piano, both music and rapper building in intensity until the song bursts open. Unlike many rap breaks in pop songs, the imagery of the sound and Space Cowboy’s use of extended metaphor gives the rap agency, a life of its own and presence necessary to fully encapsulate the emotion of the song itself. The lyrics fully inform the roughness in tone, painting a picture of heartache and betrayal befitting the explosive music: “The sun rises and sets, the seasons change. Why is it always nighttime and winter in my heart? I hate everything about myself so I can’t look into the mirror.” Then all shyness falls away in lieu of giving listeners a full-sensory overload until the shower of energy ends. However, unlike its lead-in track, “Falling” ends on what seems to be a machine powering down, an apt ending to what sounds like a robot alien bringing us images of his home planet—almost like the elaborate hello ran its batteries dry. 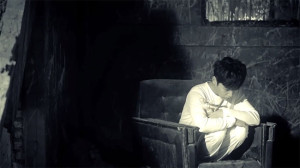 What follows is further exploration of the idea of opposites or extremes. We first have a lilting and lovely rendition of “Nan Ije Naegaen Dalra” (“You Are Now Different From Me”). The music perfectly matches Slow J’s traditionally pop soprano. It’s soft, slightly yearning, perhaps even lamenting. Yet it’s spritely and full of hope, using bright synthesizer notes and a sparse beat, then melting smoothly into up-tempo K-pop balladry. The lyrics seem to be an extension of the bitterness in “Falling,” only the singer here is resigned to her fate, her coo giving no real indication of just how painful her loneliness must be: “It’s alright, you walk away… Goodbye us.” Her male counterpart, Kim Woo-joo, responds accordingly, bringing with him gruffer music, more beat-driven and full of a heavier ache in his heart. Woo-joo’s falsetto is beyond lovely in this piece. You can feel the pain settling in him as he says goodbye to a love that was so seemingly precious.

It would be easy to dismiss these songs as nothing more than typical K-pop fare. However, the direct juxtaposition of the female and male voices is so intriguing. The lyrics are identical, but the music and emotions are disparate, illustrating the differences in tone and impact heartache has in women and men. Slow J has taken the separation in stride, the music suggesting their parting was almost an easing of a burden. However, Woo-joo has taken the breakup to heart, his emotional vocal not so much begging as it is mourning the bitter loss. In that way the title is rather fitting. Before the breakup, the couple were like-minded, harmonious in thought, feeling, and emotional insight. However, once the two separate their emotional sameness falters, further pushing them apart. Placing these songs back-to-back speaks volumes to Space Cowboy’s vision of portraying not only extremes in musical landscape, but also emotional storytelling.

The album ends with the original version of “Falling,” which in and of itself is quite intriguing. To end the album with what’s considered the original rendering of a song that was so heavy and full of anger suggests our space robot friend has had his share of pain and continues to suffer. Only now that Soul Dive’s presence has faded, our intrepid Space Cowboy now finds himself alone. The difference between the two songs is stark. Before there was a sweeping, almost heavy-handed explosion of sound. Now there’s a somber, haunting quietude to the piece. Though the song does include a groovier composition, the loudness is missing. There’s not a burst of energy indicative of extreme rage and angst. Instead, we have what seems to be resignation, if not all-out acceptance. 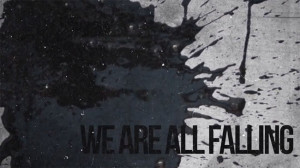 To illustrate the ultimate loneliness of our singer, the last five seconds are completely a cappella. Extremely ends much in the same way it started: silent. There’s a finality to the music, an emptiness that hangs heavy in the air long after the warped voice takes its final bow. That seems to be the intended message with Space Cowboy’s mini-album—we begin in shy silence, bursting with life, energy, pain; then we end with a silence that suggests acceptance of everything that’s happened to us.

Extremely is incredibly clever. As the title suggests, each track explores the idea of extremes—soft acoustic guitar followed closely by triumphant composition; a fully electronic experience mirrored by a more quiet groove; girl and guy versions of the same song sandwiched in the middle. Though there are more or less three actual songs on the album, each version of the two main tracks offers differing perspectives, multiple chances to feel and learn and grow. This album is definitely a drop of something personal, an emotional look at how our individual pain may, in fact, connect us more than we think.

Korea’s Commission on Youth Protection Know Where They Can Go