Trot Lovers, Episodes 1-4: Not Much Trot, and a Shortage on Lovers 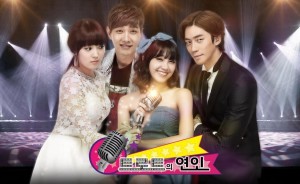 You might have stumbled across it occasionally, while watching your favorite group compete on 1000 Song Challenge or on basically any other variety show. If gayo is the most successful music export of the country, then trot must surely be one of the most well-known types of music in South Korea itself.

But, as KBS‘ new drama Trot Lovers is intent on telling us, it is not the most loved genre among younger people. There is for example protagonist Jang Joon-hyun (played by Ji Hyun-woo), a famous singer-songwriter, who hates it with a fiery passion.

But after experiencing a set-up in which he was almost forced to leave his company (Shine Star Entertainment), Jang isn’t left with much of a choice — he has to help Choi Choon-hee (played by Jung Eunji) fulfill her dreams of becoming a trot singer. On the other hand, it seems like Choon-hee doesn’t have much of a choice either. Loan sharks are after her father, who’s played a disappearing act, and she’s left to pay his debts.

In the first four episodes, the viewers witness Joon-hyun’s downfall, as well as the first interactions between him and Choon-hee. While clearly intended to be the main romantic pairing, one cannot whole-heartedly support this future development based on the way Joon-hyun behaves towards the female lead. There are no romantic feelings to speak of yet, and still he already manages to betray Choon-hee by stealing her money and thereby forcing her to work as a singer in a shady establishment. 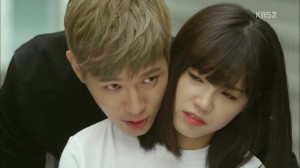 The show seeks to remedy this complete breach of trust by having Joon-hyun apologize to her — on his knees no less! But as his behavior towards her has played out to be been quite condescending, one does not feel inclined to forgive him for his terrible behavior just yet.

The second male lead, Shine Star’s new CEO Jo Geun-woo (a surprisingly charming Shin Sung-rok), is just marginally better. His initial inconsiderate behavior towards Choon-hee may be explained by his role as the resident oddball character of the drama. But the scene of him negotiating with the CEO of Choon-hee’s first agency, in which she has to listen to him talk about her in an outright objectifying way, leaves a bitter taste in the viewer’s mouth.

The saving grace among the lead characters is definitely Choon-hee. She won’t stand for either Joon-hyun or Geun-woo’s behavior and makes it abundantly clear that she only continues to work with them so that she’ll be able to pay off the loan sharks. In the opening episodes, the scenes between Choon-hee and her younger sister are the best and most touching ones. For someone new to Eunji’s work, it’s nice to see how natural she is at portraying the female lead.

Even though Trot Lovers is filled with characters that are not necessarily easy to like, it does accomplish its goal as a comedy from time to time (with the old Shine Star CEO being one of the stand-out comedic characters). But like many dramas, it values intrigue and secrets. It comes as no surprise when the latest episode teases that rival Park Soo-in’s mother may be responsible for the death of Choon-hee’s mother. This development is a little worrying, since the drama already has a rather solemn storyline with Choon-hee’s indebted father. 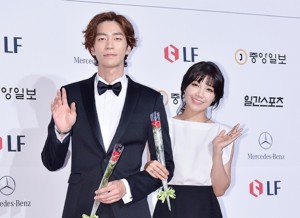 It would be great if Trot Lovers focuses more on Choon-hee’s way to becoming a trot singer. This is surely one of the bigger draws of the show. If the plot, for some miraculous reason, provides the viewer with a song-and-dance scene by Shin Sung-rok’s character — then all the better.

With only sixteen episodes in total, it seems advisable to keep the story simple and to put music, romance and the family relationships first. It’s doubtful whether KBS will adhere to such a simple and straight-forward idea though.

Fellow viewers, how do you like Eunji’s performance so far? Do you think Shin Bora‘s character will continue to be Choon-hee’s nemesis throughout the show? Or will Soo-in (Lee Se-young) turn out to plot against the lead heroine as well? Please share your thoughts in the comments below!