We might have touched on this before, but there is no denying that idols taking to acting is a trend to last, and for good reason. It lends credence to idols being capable all-rounders, it offers them a secondary career to last them through their later years, and it helps bridge the boundaries between K-pop and other forms of Korean entertainment. Avid TV watchers may end up following idol groups due to having seen a member on two on TV, while idol-lovers may just get into a decent drama if only because “my oppa’s in it”.

On the flipside, there have been many idol-actors who have done miserably, either in terms of their ham acting or by their choices of mediocre scripts. So what is an idol-actor to do to keep his/her career viable? 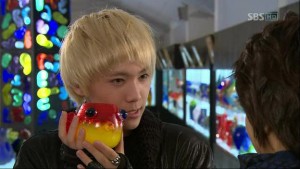 It helps if you were a child actor

As with any job, having prior experience always helps, even if the last time you ever acted was when you were eight and played that cherubic, if slightly annoying kid in a daily drama. Those shows probably helped one build basic acting skills, like simple emoting or crying on cue.

Some good examples include FT Island’s Lee Hongki and T-ara’s Eunjung. While they haven’t produced award-winning material, most of them do average job in the roles that they’re given. Also, there isn’t any harm in having a little child acting credit in your CV, is there?

It helps to practice on a smaller scale

So what if you joined the idol acting game at a later date? Instead of jumping straight into a drama, why not work on smaller projects? One of the best environments to start with is the music video, and especially those that feature mini-dramas, or sequences that require varied and/or intense emotions.

While this is not a fool-proof method of spotting born thespians, at least this helps to weed out those with perpetually blank or 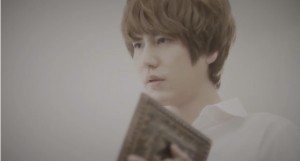 confused expressions, or those who have the habit of smiling in sad scenes. Well, at least it’s a good thing that Kyuhyun and Park Bom can sing.

Read and re-read the script

As good an actor is, he/she is only as good as the script. And scripting matters even more when you are just starting out. Who wants to be typecast in villain roles, or bite off more than one can chew with overly dramatic roles? Or worse still, end up sacrificing sleep for weeks to shoot a drama that borders on the unwatchable?

Every idol actor should take the time to weigh and evaluate their drama choices — how they’d interpret the role as well as post-drama exposure to come. One of the “safest” choices is the daily soap opera. Given that these shows draw ratings from (practically) captive audiences, and that the acting is largely driven by the plot, following the script (literally and figuratively) will likely ensure success.

Another popular idol-actor first choice: The pretty innocent but kindly comic relief. See 2AM’s Seulong in Personal Taste. Such roles tend to make for pleasantly likable characters without being all too taxing on the emoting side of things.

Think carefully about the roles that suit

If the idol-actor can find a niche, then brilliant. By “playing themselves”, they are practically guaranteed casting calls from 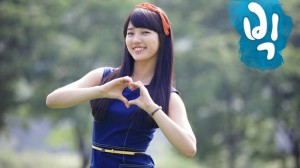 producers looking for particular character types, and can cover up whatever flaws they have when acting on the grounds of “being natural at it”.

Artistes that have already filled such niches include miss A’s Suzy (by playing those love-hate, slightly annoying, but eventually harmless characters), CN Blue’s Jung Yonghwa (by winning the nice guy sympathy votes) and A-Pink’s Eunji (by being up-beat, bubbly characters).

However, the tide could turn just as quickly, and there is the risk of being typecast or having such roles run out, which is where the next point comes in.

At times, making bold acting choices can pay off

Sometimes, it an attempt to show some acting credibility early on, it is better to lay off the straight and narrow where roles are chosen, and throw some caution to the wind. Good examples would be Infinite’s Hoya, who won plaudits for his portrayal of a closeted homosexual, and After School’s Uee who flits nicely between challenging roles, from the antagonist (You’re Beautiful) to 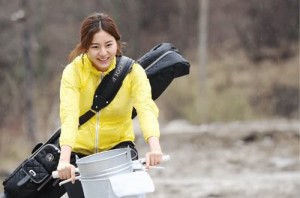 being a protagonist to root for (Birdie Buddy).

Then there are those like T-ara’s Jiyeon, who seems to have made a career out of choosing the slightly anti-heroic and more downbeat characters, to play against hype all the time. If only her dramas were more compelling…

And sometimes, the best rule is to tear up the rule book

Like Seo In-guk. The guy has not had acting experience, and yet he’s done straightforward music videos, seemingly never playing by the rules when it comes to choosing roles. Best of all, he pulls them off. Still cannot figure out how he makes a flawed character funny and watchable in Love Rain, yet do the whole “Story Of My Life” thing in Reply 1997 so convincingly. Guess some people are born to act, but admittedly such cases are rare.

And for idols who meet with success in dramaland, it would be good to pop some champagne while poring over fan-fiction on ships inspired by those drama characters, and most of all, while awaiting casting calls!