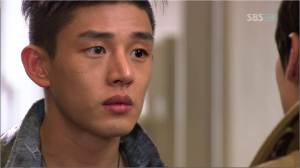 Fashion King is a new drama that has recently began airing and is centered around the world of New York and Korean fashion. The show airs Monday and Tuesday nights on SBS starring Yoo Ah In as Kang Young-gul, Shin Se-kyung as Lee Ga-young, Lee Je-hoon as Jung Jae-hyuk and Kwon Yuri as Choi Anna.

Brief overview of episodes 1 to 4

Fashion King is based on fashion designers who start-up modestly in the Dongdaemun region of Seoul and try to build their repertoire and network in order to be classified as world class designers.

Young-gul is a designer who makes imitation designer clothes in a tiny warehouse and sells them at the Dongdaemun Market. He often finds himself in sticky situations because he is in bad financial shape.

Ga-young is a young woman whose parents died when she was young in an accident and is raised by Jo Soon-hee, the owner and head designer at Boutique Jo. This is the company which Jo Soon-hee and Ga-young’s parents started together. While working at Boutque under Jo Soon-hee, she applies to the New York School of Fasion Design. She is then accepted and given a full scholarship but Jo Soon-hee hides her acceptance letter from her and an event happen which later leads to her being kicked out. Ga-young, having no place to go learns about a job opening through a help wanted ad. This happens to be a small warehouse where she meets Young-gul. 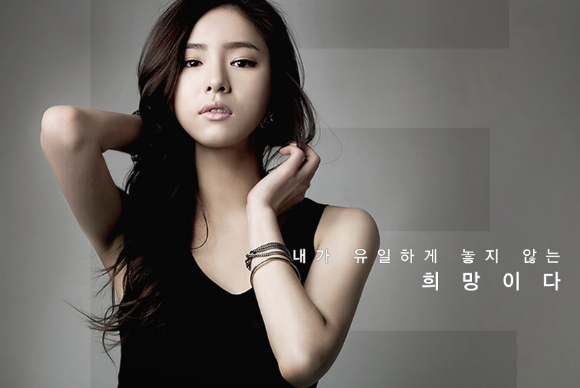 Having no money to pay debts, Young-gul goes to Jae-hyuk to borrow some. Young-gul and Jae-hyuk are old high school mates, but they don’t know each other well. Jae-hyuk is the heir of a major clothing company. When Young-gul goes to him to ask for money, he is harshly turned down.

Ga-young eventually stumbles upon her acceptance email from the school and is given money for a plane ticket over to New York. When she arrives she is greeted with news that she had rejected the acceptance. Her adoptive mom sent the rejection letter without her knowing and her full scholarship was given instead to her adoptive evil sister Jung Ah. Shocked, Ga-young is forced to find her way of living for the time being. 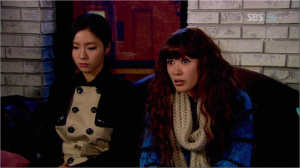 While looking for a place to stay she finds a place to live with a fellow Korean woman who is also a designer, but not very efficient. Her business is struggling and she is being threatened to be evicted by the landlord for overdue rent. She decides to accept Ga-young in after she helps out with a complaint from a customer. Meanwhile, Jae-hyuk is sent to New York to sharpen his skills of spotting the latest fashion trends. While there Ga-young comes to him with her acceptance problems and he helps her through it.

In Korea, Young-gul (being thoughtless) sleeps with a woman who turns out to be the girlfriend of a loan shark. Young-gul is then pursued by the loan shark’s thugs. To get away from the thugs, Young-gul boards a deep-sea fishing boat where he is met with even more trouble on his way to New York. Being feed up with the merciless captain, foreign crew men overtake the ship and toss off the captain as well as two other Korean crew men. Through quick thinking Young-gul is able to negotiate his life and is sent to Mexico where he eventually escapes his captures and finds his way across the border all the way to New York.

Young-gul struggles to stay alive by eating out of the trash but eventually meets up with Jae-hyuk. He tells him of his struggles and asks for a meal but Jae-hyuk denies his request for help once again. He causes a scene which forces security to kick him out but not before grabbing Jae-hyuk’s wallet. In the wallet he finds a picture of Jae-hyuk’s ex girlfriend Choi Anna who works for world famous (and fictional) Michael J. He eventually meets up with Ga-young and she takes him home with her. Her roommate learns that Young-gul is a wanted man and threatens to report him. She later gets a call from the police asking about his whereabouts and Young-gul and Ga-young have no choice but to move out. 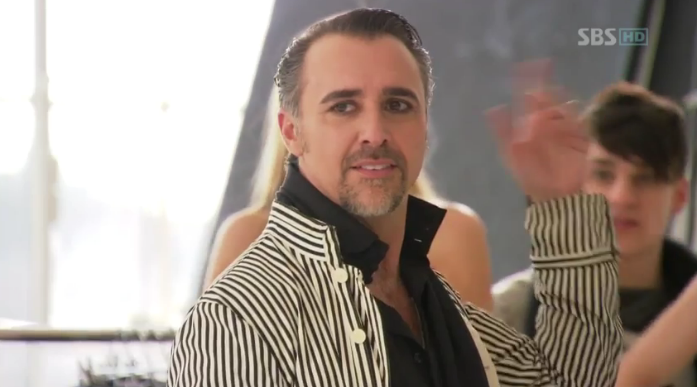 They then move to another apartment but Ga-young informs Young-gul that she has no money for living expenses. So in order to gather money Young-gul goes out and sells clothes on the street. He coincidentally meets up with the designer of one of his garments and the designer gives him a business card and tells him to keep in touch. His luck begins to turn and he meets up with Michael J’s assistant Choi Anna. After some misunderstandings she takes him to a party to meet up with Michael J. Young-gul then takes Choi Anna home with him where he gives her samples to give to Michael J. Michael J then offers to buy his designs.

Meanwhile in Korea, Jo Soon-hee learns of Ga-young’s and Young-gul’s connection and tells her daughter to follow Ga-young home in order to find Young-gul and hopefully get Ga-young arrested as well. Jae-hyuk visits Ga-young and Young-gul’s place and warns her about the danger of being around Young-gul. He leaves but then a knock comes at the door again. This time it’s the police who show up and arrest both of them. Young-gul falsely accuses Jae-hyuk of sending the police even though it was really Jung Ah. Jae-hyuk then returns home and is visited by Choi Anna who accepts the job she was previously offered by him.

Eventually Young-gul is sent to prison in Korea and Ga-young is kicked out of school. Choi Anna and Jae-hyuk also return to Korea as a couple and Ga-young is sent back as well to look for a job. 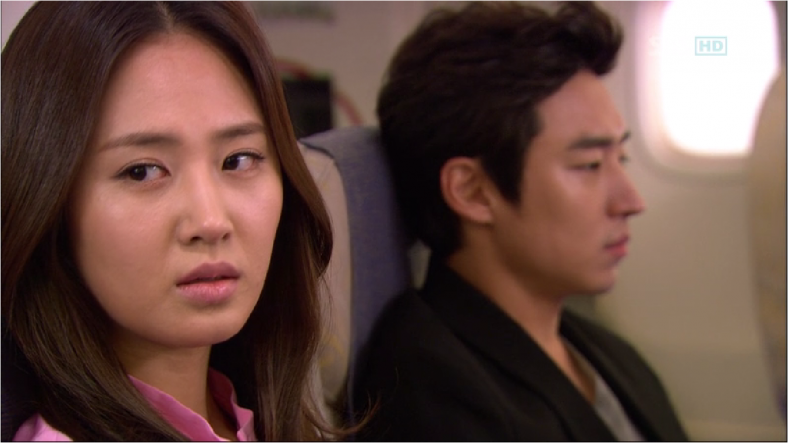 So far I am really skeptical on the summation of this drama. It’s so incredibly clichéd sometimes that it makes me cringe. This show takes the words “Ugly Americans” and runs with it. Everywhere the main characters turn they are met with belittling and overly aggressive people. They are basically treated no better than the gum under people’s shoes. Also, the acting is terrible in the characters that are supposed to be in their natural habitat. You can tell that a lot of them are just reciting the script and not really putting any emotion towards their words. It is also apparent that none of the main characters know much English. They try to play it up as if they do, but it ends up falling flat. Surprisingly SNSD’s Yuri is proving to be the better actress between Jessica, her and Yoona. Though her acting is far from perfect it is decently believable in her more angst filled scenes.

Overall the drama is all over the place. Even though I have gone through 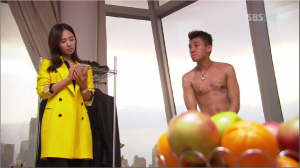 four episodes I still have not managed to grasp what is going on and how this is all working together. The characters are just there. Many parts make no sense like when the foreigners overthrow the boat and want to throw him off even though he previously saved them. Also, why did they think he was gay because of his name and why did they make him shower before meeting Michael J? And again why did Michael J offer him work after he scammed his designs?

At the end of episode 4 I’m left with a feeling that we’re beginning the drama all over again. Basically episodes 1-4 were throwaways.

If you have nothing better to do than this can occupy your time. If you’re looking for a drama with depth, this probably isn’t it. Of course this is my take after watching the first four episodes. To my surprise things could change for the better. My advice: If you don’t like the first few episodes it’s probably safe to move on to a different drama. It might save you a few hours of your life.