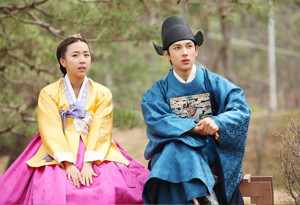 Im Siwan is an idol-turned-actor who’s more well-known for his acting projects than his idol activities.

He’s perhaps one of the few idols who actually give idol-actors a good reputation, inviting praise and compliments instead of the typical hate comments. He’s perhaps best known for his current starring role in underdog manhwa-remake Misaeng, but also gained attention for his debut project as young Heo Yeom in the ratings monster Moon Embracing The Sun.

If anything, Siwan has been incredibly blessed with having the right doors opened to him with welcome arms. As a ZE:A member, Siwan never attracted much attention despite his very pretty visuals. Kwanghee and Dong-jun were always the standout ones amongst the nine boys, and it was only through acting that Siwan started to draw people’s eyes to himself. While most members are able to link their individual hype back to the group, somehow ZE:A has never managed to achieve the same. At least 4 members of the group have individual popularity that far outstrip the success of the group — only through acting was Siwan able to be one of the four.

Choosing to take on the role as young Heo Yeom eventually turned out to be a very smart move for Siwan. It didn’t require a significant amount of skill since his screentime was fairly limited, but the monstrous ratings (~30% range) of Moon ensured that his fleeting presence was seen by a majority of the masses. And of course, his pretty boy good looks immediately created a huge sensation, and that alone was enough to lock in his follow-up project in The Equator Man. 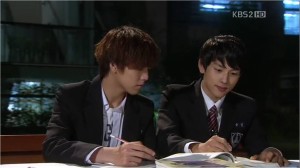 And while Siwan isn’t the best actor out there, he certainly held his own opposite Lee Hyun-woo, bringing a controlled undercurrent of tension in his second short stint on the small screen which set up the pace nicely for Uhm Tae-woong and Lee Joon-hyuk to take over. It was another ratings success, building up a following by word of mouth.

Demand for him didn’t stop there — that same year he continued on to be part of the ensemble cast in the family sitcom Standby, which unfortunately didn’t perform as well as his previous two projects. Fortunately, his big break came in 2013, where his film debut as student activitst Park Jin-woo in The Attorney was a huge hit. The gritty film — which was modeled after a real-life story — boasted of a well-written plot and fantastic performances from the cast, that it became the eighth best-selling Korean film of all time and second highest-grossing film of 2013. The role garnered Siwan praise and gave him the chance to finally be seen as an actor-actor, without the accompanying label of ‘idol’. He was also nominated for Best Newcomer award in many of the film awards, a testament to the quality of his acting skills.

His increase in popularity allowed him to return to the small screen in leading man status. Finally moving on from playing child/teenage roles, he was casted along with Kim Jae-joong and Lee Bum-soon as a trio of brothers in melodrama Triangle. Still looking for the career-defining role, he finally nabbed the leading role of Jang Geu-rae in Misaeng, which is perhaps one of the main turning points of his acting endeavours. Misaeng is the latest cable hit; its ratings have been rising steadily each episode to hit ~7%, and it has won critical acclaim for its realistic storyline and the spot-on casting of Lee Sung-min and Siwan. 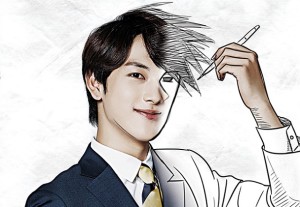 A unique feature of Siwan is his small stature and his seemingly fragile self. While some may see this as an obstacle to his ability to play leading men, this has actually aided Siwan tremendously in conveying the insecurity and low self-esteem of Geu-rae. It’s a perfect casting, and Siwan has certainly done his part in immersing himself in the role spectacularly. He practically is Geu-rae.

While Siwan might not have the typical tall and broad build that dramas like to cast as leading men, he has certainly lucked out in choosing unique characters that fit his looks and nature. He might not have the commanding presence or physical ability to star in an action thriller, but he certainly has the anxiety and lost feeling of a first-year office worker down to a pat. With meaty roles such as Jin-woo and Geu-rae that Siwan was able to portray convincingly due to his similarity and understanding of such characters, there certainly is a long way for him to go in the acting sphere. With more training and guidance, he certainly has a bright future in acting.

My favourite thing about Siwan is that he’s naturally not a manly guy with overflowing bravado. He’s willing to sacrifice his image and put down the importance of himself in favour of depicting the character more thoroughly — and he has done a bang-up job of it so far. He seems to be avoiding the frivolous roles that idol tend to land, showing a preference for heavier and weightier melodrama productions. It has certainly served him well thus far, as the audience are able to take his acting career more seriously.

Here’s hoping to success for Geu-rae… oops, I mean Siwan.