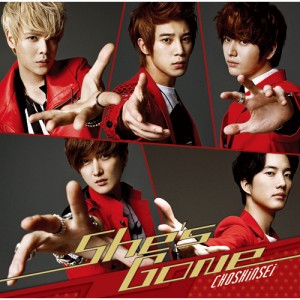 Supernova, also known as Choshinsung, recently had a comeback with their new single “She’s Gone.” Despite debuting five years ago back in 2007 — the same year now mega-groups SNSD, Wonder Girls, and KARA debuted — when the amount of idols in the K-pop scene was relatively and refreshingly sparse, Supernova never really managed to celebrate anywhere near the same level of success and fame as their peers or even juniors. Their most well-known work would probably be their collaboration with label-mates T-ara with “T.T.L. (Time to Love)” and “T.T.L. Listen 2.” Following the collaboration, T-ara was able to experience a huge surge of popularity, but Supernova however, still couldn’t get much attention from the Korean public.

But while they failed in getting that big of a Korean fanbase, Supernova managed to achieve a moderate level in success in Japan after debuting there back in 2009. Their Japanese discography is probably one of the better ones among idol groups (for one, they don’t rely on remakes after remakes), and soon Supernova started spending most of their time promoting overseas in Japan rather than their home Korea. After a long period of time away from home, Supernova only came back to Korea somewhat recently with track “Stupid Love” back in April following the enlistment of their leader Yoonhak. “She’s Gone” would mark Supernova’s second comeback in Korea, which they seem to be focusing more on these days, this year. 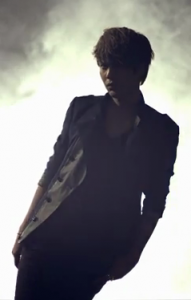 Supernova seems to be facing the same problem as U-Kiss in that they have the same elements that make successful boy groups — good looks, talented vocals, acceptable rappers — but just seem to have trouble getting attention from the Korean public. While Patricia gave potential reasons for U-Kiss’s lack of success in Korea, the root of Supernova’s problems is really their inability to stand out. Their last comeback with “Stupid Love” wasn’t really that prominent or attention-grabbing. Unfortunately, their recent “She’s Gone,” while slightly better, once again, just fails to stand out, both in terms of music and aesthetics.

The song itself is made up of a variety of dynamic synths with slight touches of rock influences with the guitar riffs. It makes for an interesting, albeit slightly busy and fractured listen. The instrumental of the song, especially in the chorus, was slightly overwhelming, and it made the piece sound more repetitive that it actually was. The vocal ad-libs, the tone changes, and the almost disruptive — but thematically fitting — thunder sound effects only further clutter up the track instead of making a climax for it, which I assume was their original purpose. Furthermore, much like its precedent “Stupid Love,” the hook of the song found in the later parts of the chorus ended up somewhat redundant, being easily forgettable.

The transitions of the track were also lacking. For one, the transition from the subdued verses to the hard-hitting chorus was a bit jarring. Adding a small pre-chorus or at least more progressive verses would have made for a cleaner transition in that segment. Furthermore, the small bridge/rap break in between the first chorus and second verse that also serves as the piece’s closing was poorly transitioned as well. 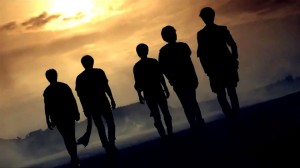 While it helped add relief from the repetitiveness of the song, it seemed almost redundant being surrounded by the instrumental breaks. That being said though, both the verses and the small bridge were highly enjoyable by themselves, and they would have highly benefited the track if they were transitioned better. The verses of the song had a subdued aggressiveness that worked well considering the theme, and the “Dangerous” line in the bridge was admittedly a lot catchier than the actual hook.

As the song’s alternate title is “Into the Storm” (with the storm presumably signifying the turbulent and unhealthy the lyrics speak of), there is a somewhat present weather motif in the MV that I wish was more explored. The only time that theme is explored is toward the end where a (weirdly edited) thunder storm takes place in the outdoor set the boys were dancing in. While I understand that adding the storm at the very end could be considered a climax of sorts for the MV, there could have been more ingenious ways to use that potential-filled motif that would have made the bland MV more intriguing. 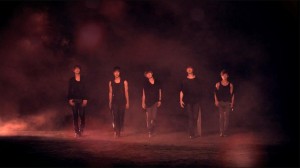 Otherwise, Supernova spent the majority of the MV performing their choreography in what looked like an abandoned factory with select scenes portraying a trashed school hallway. While sort of bland, there was a fitting color palette consisting of monochrome or sepia shades present in the majority of the scenes. The color scheme fit the intense and washed-out nature of the piece with the omnipresent flashes of light livening the dreary colors up. Additionally, the MV also had pretty effective uses of dark and light. The members’ solo scenes had them shrouded in the shadows which helped portray them as darker and more aloof; the smog against the bright lights made a palatable and bright background for the choreography scenes; and the members’ dark silhouettes looked haunting against the previously mentioned outdoor set, which looked stunning and colorful.

All that being said though, there were blatant flaws to the MV, the first to be mentioned being the shaky camerawork. While the unstable camera worked for some of the solo shots and certain others scenes, it detracted from the others, adding unnecessary complications to the MV. 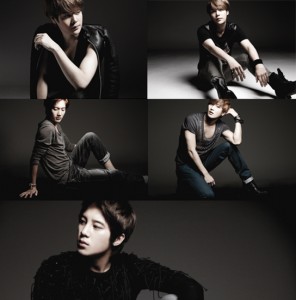 Moreover, while there was a blatant color scheme present, the MV decided to add random touches of color either through flashes of lights or filters. Some worked; the filtered sunset added some breathtaking visuals and the red lights fit the mood. However, others weren’t as successful. For example, the purple lights used in one of the choreography scenes looked severely out of place.

The choreography looked simple enough, consisting of slow yet strong and impactful movements. While I wasn’t a big fan of the somewhat awkward looking motions of the chorus, the opening series of moves looked rather intriguing and the repetitive dance for the hook looked fun. All of the boys were able to sell it well enough, and that’s really all that mattered.

As for emotional value, the lyrics talk of a particularly cruel break up and getting over said break up. Fittingly, the MV portrays Supernova as looking angsty and aggressive. While all of the boys were able to portray an acceptable sense of aggressiveness in their singing, special mention really should be given to their vocal Sungje. While, like I said, the transition from the tranquil verses to the intense chorus was a bit jarring, Sungje’s handling of the chorus was particularly impressive, not being overtaken by the busy instrumental and embodying the right emotions the song needed.

Overall, I’d give the MV a 2.5/5. It’s not particularly bad, yet it’s not that attention-grabbing either. While “She’s Gone” is an acceptable release to help ease Supernova back into Korea, they’d need more intriguing and unique material for them to finally make a mark in K-pop considering all their competitors. I believe Supernova has enough talents in them to make a great release; they just need a song that’s able to thoroughly showcase those talents. What do you think, Seoulmates? Was Supernova able to blow you away with “She’s Gone?” Or do you think they’re only up for more bad weather ahead? And do you think Supernova has it in them to make it big? Your opinion is always greatly appreciated!