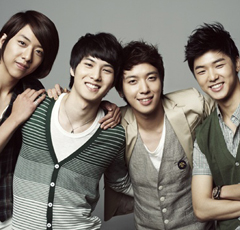 While it is only recently that large numbers of our Korean artists have headed over to promote in Japan, the migration had in fact begun quite some time ago. Some of the artists who made the journey across the sea may have done so in order to kick-start their career before heading back to Korea. Others chose to establish themselves as a Japanese artist. Some have found success, while others remain in the shadows of relative anonymity.

Why not start with a name we all know very well? Who else but CN Blue, those brilliant rookies back in 2010, effortlessly hauling in a win only fifteen days after their debut with “I’m A Loner.” They made their comeback recently with “Hey You,” which frankly, fell below my expectations for the group. Also in the time period though, was their Japanese single “Where You Are” which was quite impressive, both in terms of quality and chart performance.

Of course, CN Blue didn’t start out the chart-topping Korean band they are now, in fact, they began, anonymous, on the streets of Japan as an indie band. It was during this period that they gained their current bassist, Jungshin. Their indie releases failed to receive any large-scale recognition, but they did manage to chart with their second mini album, Voice, peaking at #227. But clearly, from little things do big things grow. The experience that CN Blue gained in Japan is undoubtedly valuable. Performance experience is something infinitely precious to any entertainer. Performing underneath the gaze of the public eye is a nerve-racking thing, completely different from the practice room. 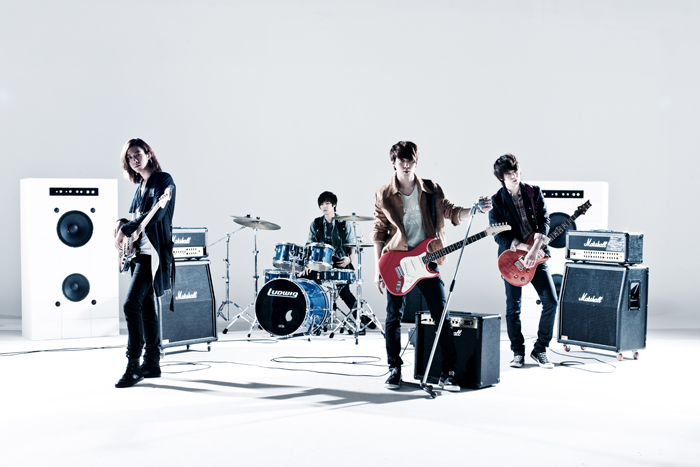 Furthermore, beginning as an indie band in Japan laid the groundwork for their future work. FNC deserves praise for this strategy; while not at all highly innovative it is effective as CN Blue will be recognised more so as a Japanese band, rather than a Hallyu import (if not both).

SM Entertainment is notorious for aiming to stick a finger in just about every pie out there, especially now that they have the resources and influence which, together, provide an opportunity for them to do so. It’s no wonder that they would aim for Japan. But aside from the well-known success stories of BoA and DBSK (even as a duo), there are two SM graduates who don’t hold the same kind of recognition. One, J-Min has long been locked in the SM dungeon until the release of the 2011 Winter SMTown album The Warmest Gift. Although J-Min is under SM Entertainment, she is also signed on with Avex, one of the leading record labels in Japan. What may come off as odd though, is that J-Min is an SM artist that is relatively unknown. After her debut in 2009, she never released any new material (save for her cover on the aforementioned winter album). J-Min is undoubtedly talented and why SM has not made efforts to allow J-Min to promote further is questionable.


If we wish to discuss success stories from SM, we’d turn to ICONIQ, whose presence on this post itself is arguable. Ayumi may seem to be a Japanese name, but ICONIQ is in fact, Korean and has explained that her name is Hanja-based. ICONIQ had a short-lived idol career, debuting in 2002 with Sugar, a five-member girl group which disbanded in 2006. ICONIQ joined the SM family in 2007; however, she did not participate in any solo activities until 2009, when she joined an Avex sub-label, Rhythm Zone and debuted in Japan. ICONIQ’s debut was one that made a strong impression, both in terms of music and concept — where she was marketed around her appearance with emphasis on her buzz-cut and the concept of change. Her first studio album, titled Change Myself peaked at #3 on the Oricon charts. Although ICONIQ isn’t a Korean artist, she is indeed a Korea-turned Japanese success story of sorts and there are high hopes riding on her future releases. 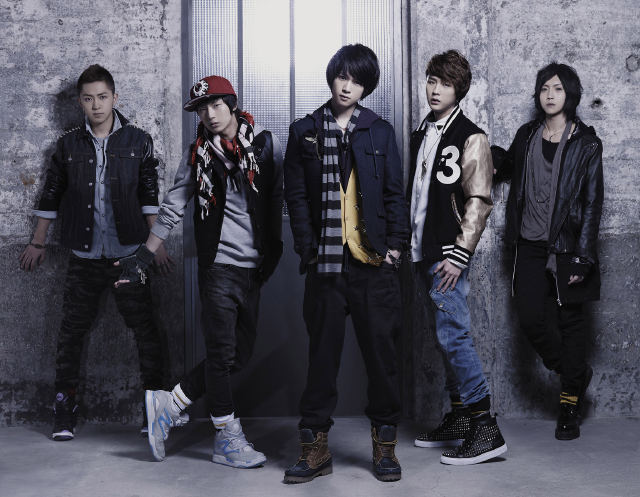 And that brings us to DGNA, otherwise known as The Boss, who have been unfortunate enough to be caught in the middle of their company scandal at this point in time. While DGNA did not make their musical debut in Japan until a year after their Korean debut, they had already begun small-scale promotions in Japan. In 2011, DGNA made their Japanese debut with a single titled “Love Power,” which led to another three singles with the running theme of ‘love’ in the title. While we’d be pushing boundaries to say that DGNA is at all well-recognised in either country, they have been traveling on an upward trajectory in Japan, with their latest single, “Jumping” peaking at #5 on the Oricon Charts (however, it isn’t their highest-selling single, which is in fact, “Love Parade”).

What makes DGNA an interesting case amongst the flood of Korean groups rushing to stake their claim on a piece of the Japanese music industry is that it is clear that they have been managing their Japanese activities in hopes of making it a long-term career. The majority of artists making the leap recently may have chosen to do so in hopes of raking in a profit and (whether intentionally or not) are mainly catering to an already-established fanbase. Remakes are released because of their almost guaranteed popularity — what could be better than your favourite K-pop song moulded to fit your language? Such a strategy isn’t at all long-term, and boils down to musical fanservice. DGNA though, seems bent on establishing themselves as a J-pop artist — and if this is an appropriate time to draw parallels — much like how BoA and Tohoshinki has, through good quality material and admirable dedication.

Like DGNA, Supernova has also been seeking a long-term career on Japanese soil. Supernova, known as Choshinsei in Japan, made their Japanese debut in 2009 with what I, for one, believe is a great mid-tempo ballad in “Kimi Dake wo Zutto” (trans: “Only You Always”). From 2009 onwards, Supernova kept a strong focus on their Japanese activites, releasing thirteen singles and four mini-albums. However, it’d be a stretch to say that they are becoming a household name in Japan either. Their album sales are not at all parading large figures every release, despite their extensive discography. Regardless, they have been steadily building a fanbase and have completed a tour in Japan with impressive ticket sales. While Supernova have been able to garner a respectable amount of success in Japan, they are still one of those ‘second-tier’ groups in Korea. In fact, the members themselves have expressed their wish to be recognised in Korea. Supernova has just begun their promotions in Korea for “Stupid Love” with their leader, Yunhak, absent due to his military enlistment. 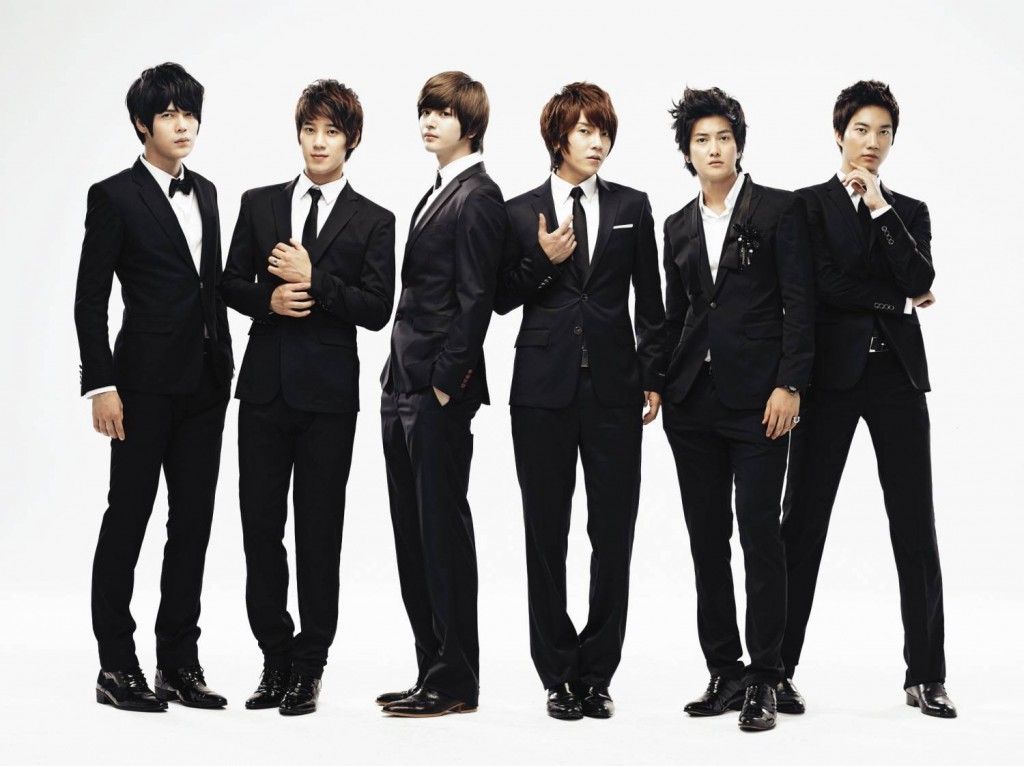 When taking a deeper look at DGNA and Supernova though, it’s clear to see that they aren’t bent on selling the typical clean-cut K-pop boy band feel. Especially not when they hope to establish themselves as Japanese artists, rather than Hallyu imports. Whoever is managing these two groups are doing something right in terms of marketing tactics — instead of heading down the road of slick dance sets and constant electronic dance numbers, both groups have made efforts to spread out musically, turning to acoustic instruments, sounds which are generally speaking, more widely accepted by the Japanese audience. Specifically, the Japanese idol fanbase. DGNA in particular appears to be channeling a feel which one could easily draw parallels with some of JE‘s established boy bands. Supernova has also made efforts to create a more ‘Japanese’ feel, by not only learning the language, but dressing in ways that their target audience would be accustomed too.

K, though, might be every J-pop-turned-K-pop fan’s pride and joy. Kang Yoonsung, going by the stage name of K in Japan, made the leap after releasing two albums in Korea, one in 2004 and one in 2006. Both failed to see any great commercial success. K’s first album in Japan, Beyond the Sea was exceptionally successful — that success can be linked to the song “Only Human,” which was the theme song to the popular drama, “1 Litre of Tears.” However, after the hype for the drama died down, K released his second album, Music in My Life and only managed to place #25 on the Oricon charts. His releases from then on didn’t chart much higher, despite the majority of them being high-quality songs. Unfortunately, K is currently on hiatus — completing his service in the army — and there is no doubt that his absence will mean a difficult climb back up, if he ever chooses to embark on that difficult journey.

The fact that some of the most talented artists are not receiving recognition for their work is a terrible shame; still, it seems to be unavoidable, and this in fact is the situation that Younha is in. Younha made her debut in Japan at age sixteen and had her big break with “Houki Boshi” which was a tie-in with popular anime Bleach. The single ended up peaking at #12, which led to the success that was her first full-length album Go! Younha which peaked at #10. While Younha did indeed begin as a Japanese artist, she made her Korean debut soon after and ended up topping music charts with her album, The Perfect Day to Say I Love You. And while her successes in Japan certainly did enable Younha to make her Korean debut (as she had originally intended), her intensive Korean activities led to a significant decline in the focus she had on the Japanese market. 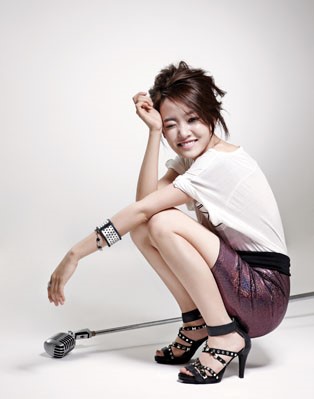 While Younha did have the makings of a popular singer, with high-quality material and plenty of talent, she was unable to maintain a Korean and Japanese presence simultaneously. Unfortunately, we have yet to see her make a return to the music scene after settling her lawsuit, while she currently hosts a radio show, Younha’s Starry Night.

While it is easy to look at Japan currently, and say that the music industry on that archipelago is being treated as an easy money cow for many Korean artists, it is also undeniable that Japan is a sanctuary as well. For some, it acted as a much-needed launch pad, for others, it was a second home. Not all Korean artists are in Japan for a short-term, profit-making jaunt and they are certainly deserving of some attention from the rest of the K-pop-sphere.