Go Younha, Where Art Thou?

I remember the first time I encountered Younha.  It was around Christmas in 2009, and I was about to head home from university after a grueling end-of-semester exam and research paper onslaught.  Reveling in my 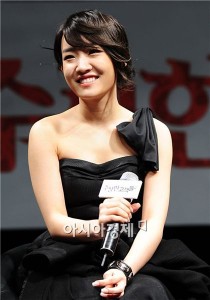 newfound freedom, the die-hard K-pop fan in me naturally had to catch up on All Missed Episodes of Every Music Program Ever.  Younha was, around this time, promoting the ballad “Broke Up Today,” which captivated me instantly — her performances were sweetly emotional, and her vocals (excellent and unique) were a breath of fresh air.  How had I not heard of her before?  I proceeded to watch and sob my way through every single live performance of “Broke Up Today” until my roommate reminded me that I didn’t even have a boyfriend with whom to break up, and so maybe I should cool it a bit.  To which I say: whatevs.  She was a hater.

Thus began my love affair with Younha.  A bit of research into her earlier releases confirmed what I already knew — that she was an insanely talented singer  — but revealed that she was also a pretty badass musician.  Given that my teenage years were spent largely worshipping at the alter of Vanessa Carlton, performances like this completely sold me:

I was admittedly surprised to learn that Younha had a rather long and prolific career that involved promotions not just in South Korea, but in Japan.  Given how much and how often the term “Korean Wave” is thrown around these days, I am often disappointed to see that Younha — who is one of the earliest arbiters of the Korean Wave, promoting alongside both BoA and TVXQ in Japan — gets left out of the picture.  Younha debuted in Japan before entering the Korean market, and though she didn’t immediately enjoy the much-talked-about successes of SNSD and KARA in the Japanese market, her first Japanese CD Go! Younha reached the #10 spot on the Oricon Weekly Chart.  She has also starred in a Japanese movie entitled This Sunday, for which she released a single.  Since her Korean debut in 2007, she has spent a fair amount of time both on the peninsula and on the archipelago.  That her Japanese promotions seemed not to matter as much as do the idol promotions of today always subtly bothered me — but I shall not digress, lest this article devolve into another one of my rambling rants about talent in the K-pop industry.

As much as I adored  “Broke Up Today,” I have to admit that I was a little perplexed by Younha’s subsequent promotions.  As much as I enjoyed listening to “One Shot,” I couldn’t stand her transition to blonde hair and the faux-rocker image.  Maybe it was because I jumped onto the Younha bandwagon while she was wearing fluffy 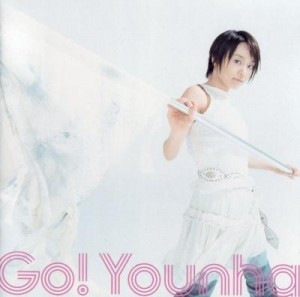 white dresses and singing maudlin ballads/jamming on the keys, but the new look and sound really wasn’t doing it for me.  Apparently it wasn’t doing it for too many people, given that she rapidly transformed back into a ballad songstress for her last round of promotions surrounding the song “Please Take Care of My Boyfriend” — a song that I liked, but was generally unsatisfied with.  Moreover, her recent efforts seemed to me to have been cobbled together with little thought.  I had seen a Younha capable of much more, and I was beginning to wonder when she would be back in earnest (preferably with a piano).

Though Younha hosted her own radio program “Starry Night,” through 2011, she otherwise remained off both my own personal music radar and the seemingly collective radar of the K-pop fandom — until the news broke in July
2011 that she had filed a lawsuit against her agency, Lion Media, in April of the same year.  Though little information was initially available, it became apparent that Younha had requested to terminate her contract on terms of questionable validity.  Younha’s lawyers claimed that she had entered into an unfair contract at the age of 15, going on to cite Lion Media’s failure to properly distribute income and to claim that the agency pushed her to both release incomplete albums and to work through illness on more than one occasion.

The news of the lawsuit shattered my hopes of a badass Younha comeback and conjured up ugly images of SM Entertainment’s years-long legal battles with a number of its artists, but I hardly had time to properly mourn her absence from the music scene when reports surfaced that Lion Media had countersued Younha for a breach of contract to the tune of $1 million.  Cue the arbitration: September and October were littered with reports of failed mediations between the two.  Finally, it was reported on October 18 that a trial had been set for October 28.

Not a single news outlet — Korean or otherwise — had anything to say on the matter following the supposed trial, to the point where I’d even forgotten that it was going on (hey, SNSD was promoting — give me a break).  And I likely would have kept on living in ignorance, had not my iPod shuffled on over to “Password 486” during a late-night workout last week.  I was determined to find out the outcome of the trial and to start planning my “Welcome Back Younha” party.  Surely it was over by now, wasn’t it?

Apparently not.  In early December, TVReport published an article claiming that the lawsuit was still in progress and that Younha’s lawyers were pleased at the direction in which it seemed to be moving.  It was also noted that the court had set a two-week deadline by which all disputes should be solved, and if all parties were in agreement by December 16, 2011, then the case would come to an end.  But 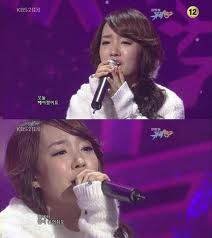 it was reported in late December that the deadline had passed without a satisfactory resolution, and according to the most recent articles (also dated in late December), Younha and Lion Media are still duking it out over the terms of the contract.  It would seem that there is no end in sight.

Younha’s case saddens me for a number of reasons.  First, there is the indignity of Korea’s collective failure to properly acknowledge her as an ambassador of the Korean Wave; then there is the apparent waste of her talent on poorly organized promotions following her comparative success in late 2009/early 2010; and finally, there is a lawsuit that exposes yet again the negative underbelly of the Korean music industry, one that mistreats its artists in the name of pulling in a profit that the artists themselves often do not share in.  It is especially painful when an artist — not just an idol, not just a singer, but a true artist — finds themselves at the mercy of a system that can effectively curtail all opportunity if mishandled.

I look forward to a hopefully positive resolution to Younha’s contract dispute, and to her successful return to the Korean music industry.