The Road to K-pop Stardom: Auditioning

During my freshman year of high school, a close friend of mine who had just moved from Korea once told me that almost all of her Korean friends shared one dream in common: to become a K-pop star. “It’s totally crazy,” she said, “how many Korean teenagers sing and dance in the privacy of their bedrooms and attend auditions, trying to become the next BoA or Bi (Rain).” Curious, I went home that night and did an Internet search on the audition process for K-pop companies such as SM Entertainment, JYP Entertainment, and YG Entertainment. Lots of results popped up–some were of anxious to-be auditionees pleading for advice via Yahoo Answers, others were in-depth evaluations of the requirements each company looked for, and even a few were video clips of our favorite K-pop artists’ auditions. So how does the auditioning process really go? 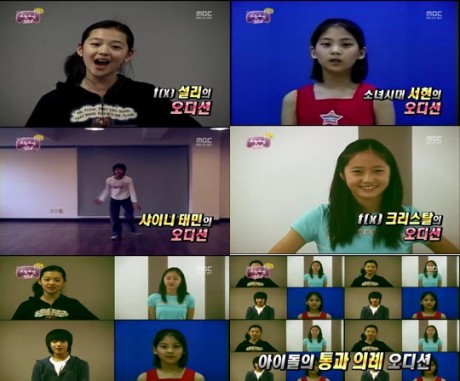 For most international K-pop fans, the auditioning process is unfamiliar territory. Aspiring singers in the United States get their contracts by forming connections (after being “discovered” at a gig or nowadays, on YouTube). The closest thing to K-pop auditions in the United States would probably be the first few episodes of American Idol.

In Korea, entertainment companies do not scour YouTube in hopes of finding the next star. They wait for their stars to come find them through auditions.

Passing the incredibly difficult auditioning process is the first step to becoming an idol in the K-pop industry. There are typically three stages to a K-pop audition: 1) the walk-in audition, 2) the “callback”, and 3) the final audition.

Typically, walk-in auditions are held every weekend in both Korea and the United States. In New York City, both JYP and SM have buildings there and hold auditions on Saturday mornings for teenagers interested in trying their hand at singing and dancing. Auditionees are encouraged to register beforehand, but they also allow you to register on the spot as well. Depending on which field the auditionee wants to try out for, they are encouraged to prepare different things such as a song to sing, a dance, or even a scene to perform for an acting audition. During the audition, the judges look for both talent and personality, as well as marketability.

At the audition, it’s also highly likely that instead of individually auditioning, the panels of judges will watch about ten auditionees at once. In this case, it’s crucial to display individuality. If the judges remember a specific auditionee, they will likely give him or her a callback. Take this video, for example, when SHINee‘s Taemin totally blew everyone else in the room away with his dancing skills.

Another option is to send the company a video audition. This is easier for auditionees who do not live close to an audition site. The video auditions typically have a very standard layout: a polite introduction in the auditionee’s native language and then Korean, a singing clip, and then a dancing clip. It seems to me that this kind of audition is actually less intimidating than a walk-in one, because the auditionee can do the video over and over again until it’s perfect before sending it in, whereas during a walk-in audition, the auditionee only gets one shot.

Lucky auditionees who pass the first round are allowed to audition a second time, this time at the company’s headquarters (if they participated in a global audition, they are flown out to Seoul). Typically, they are allotted more time this round to impress the judges (songwriters, composers, dancers, and current idols). If they pass again, the head of the company personally watches their final audition and delivers the verdict. The select few who make it past that then enter the trainee period, where they begin their preparations to become a K-pop star.

With that said, two of the most common questions I’ve seen pop up on the Internet about K-pop auditions are: “How important is my appearance?” and “Do I have to be Asian to audition?” Those two questions tie directly into each other–most entertainment companies are looking for marketability. To them, a K-pop star is like an investment–they pay for pretty much every aspect of their life for years on end (food, clothing, housing, etc.) in hopes of eventually gaining a profit. Although I’ve read that some entertainment companies value appearances over talent (yes, that means you, SM), I’ve also read that other entertainment companies don’t care at all (YG). As for the race factor, as sad as it may be, currently all K-pop stars are Asian. Again, it’s all about marketability–entertainment companies do not think that they can market a non-Asian K-pop star in Asian countries yet, so all of their recruits from global auditions have been Asian (like Henry from Super Junior and Nichkhun from 2PM). 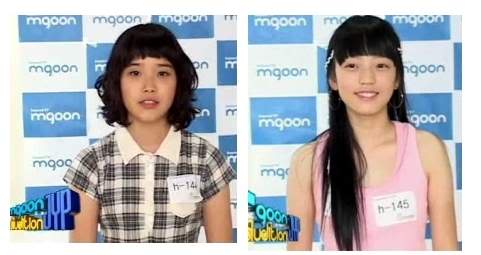 There also comes the question of rejection along with auditions. Hordes and hordes of auditionees have been turned down by entertainment companies. However, does that mean that they do not have the potential to become a K-pop star? Of course not! IU is a perfect example of this–she auditioned for and was rejected by JYP Entertainment before being offered a contract by LOEN Entertainment. Same goes for Goo Hara, who made it to the final round of an audition for JYP, before being cut and recruited by her current company, DSP Entertainment. Entertainment companies in Korea look for different things, so just because an auditionee is rejected by one company does not mean they’ll be rejected by every company.

The auditioning process is the first step toward K-pop stardom, and it is no small one. Passing an audition gains the auditionee a contract and a legitimate shot at debuting and becoming a K-pop star, but it is not easy either. With so many factors that are taken into account during an audition, it’s easy to see that the road to becoming an idol is no easy task.