I’m a new writer at Seoulbeats. Not only that, I’m actually something of a newbie in the K-pop scene, having been inducted in early 2011. What I definitely am though, is a huge J-pop fan. I’ve been in the J-pop fandom since 2008, which means I’ve been there to properly appreciate BoA, Tohoshinki and Younha (when she was still something recognised in Japan) long before the current half-assed hallyu wave, for lack of a better description. More importantly though, I’ve been able to look at everything from the perspective of a J-pop fan, and considering K-pop’s current foray into the Japanese market, the J-pop perspective is something that should be taken into consideration. 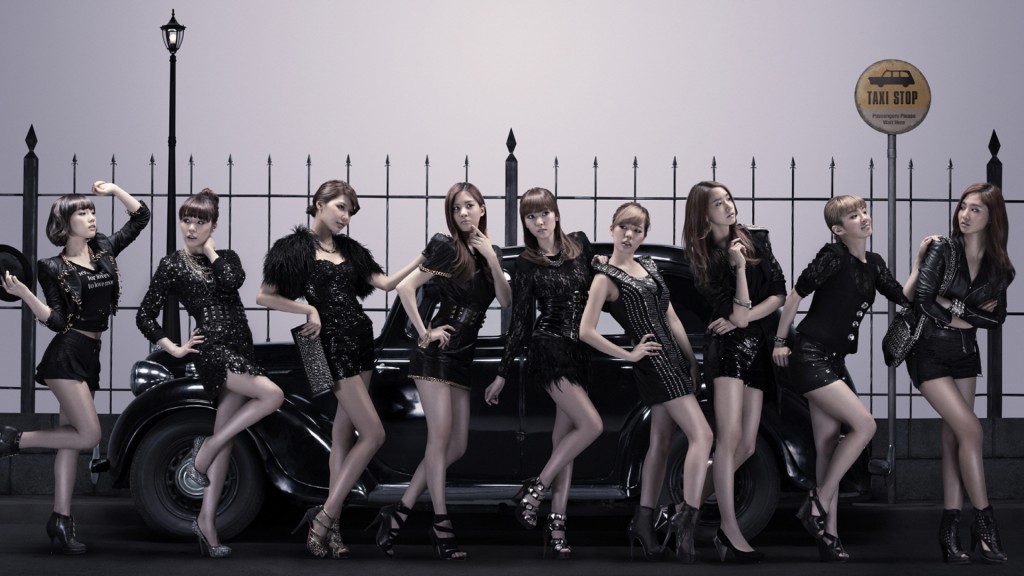 We all know it: K-pop artists have been attacking the Japanese music industry like a swarm of locusts for the past year. Some have been quite successful, say the likes of KARA and SNSD. On the other hand, there have been some less-than-impressive results from 2NE1 and SHINee. A large portion of us might not like our favourite artists releasing their old hits in Japanese, but we may find some comfort in them racking up seemingly impressive chart positions. The fact that they also earn a whole lot more money in Japan also seems to be some compensation when we consider the current state of the music industry in Korea. And then there are musings of how ‘the hallyu wave is spreading‘ and that Japan is only the beginning of everything.

I’m sorry, but I call bullshit.

Yes, the so-called hallyu wave is spreading. It seems quite prominent in Europe and other parts of Asia, but I don’t believe it’s as rampant in Japan as a lot of K-pop fans think it is. It’s true that Hallyu is lapping on Japan’s shores. It’s true that some K-pop artists sell well in Japan. It’s true that some successful K-concerts/shows have been held in Japan. And yes, it’s true that some K-pop idols have been invited to NHK’s end-of-year music show, Kouhaku Uta Gassen, which is a very big deal. What should be made clear, though, is that a lot of the K-pop acts that entered the Japanese market in 2011 and onwards — if not all — are in no way on par with their seniors BoA and TVXQ in terms of material and popularity, let alone on par with mainstream Japanese artists. In fact, any chance of them staying in the market long-term is rather slim due to their pathetic promotional efforts.

In terms of material quality, nearly everyone on the large list of K-pop debutees has been extremely disappointing. Almost everybody had chosen to make their entrance into the Japanese arena with a remake of a certain hit song. Of course, props are deserved in the cases of U-KISS and 2PM, as both groups didn’t release a remake as a debut (even BoA debuted in Japan with a remake). In truth, it’s expected that their management companies chose to make their debut with a remake. If the song was a hit in Korea, it will probably be a hit in Japan; that’s how it goes rationally, and a lot of the time it’s right. Furthermore, it is a commercially safe method. However, there’s nothing remotely interesting or respectable about that. It shows no musical growth, let alone creative incentive on the producers’ part. Instead, it’s a blatant commercial exploitation of the Japanese circle of K-pop listeners. Even so, why are there so many people in Japan hooked on the hallyu wave? Why do the management companies get away with it?

In order to answer those questions, we need to take a small step back and realise that the concept of the ‘idol’ is very different in Japan. Idols in Japan are generally very different from idols in Korea. Female idols generally have the same target market (you’d call them ‘ahjussis’ in Korea) and most are produced with the image of the ‘genki Japanese girl’, filled with all types of cuteness and pink. Of course, there are a few exceptions here and there, but they are largely irrelevant for the purpose of this discussion.

As for the male idol market in Japan; it is dominated by one company and it’s pretty much common knowledge that JE (Johnny’s Entertainment) knows how to make its idols sell. The music they produce is also very different and the focus isn’t so blatantly put on their idols’ sex appeal. What’s more, JE has what most K-pop agencies don’t: experience. The company’s been in the business since 1962, and if that doesn’t give them the edge, I don’t know what else does. Another key factor is that idol music isn’t the centre of J-Ppp. While idols do have a significant hold over Japanese pop culture, there are also strong Rock, Urban and Techno followings. Idol music is just one section of Japanese pop culture, and the hallyu import takes up an even smaller fraction. 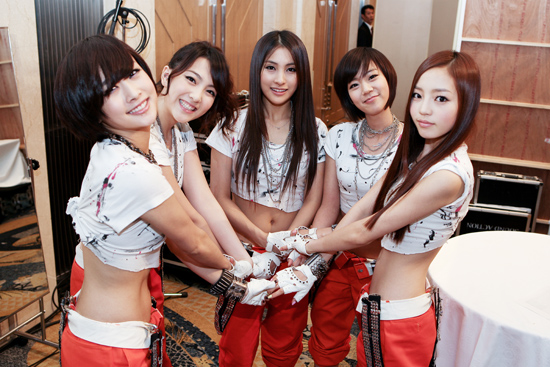 The reason why Korean idols sell well in Japan lies with the fact that their music and concepts are so different. They may be idols, but they are marketed in a rather foreign manner. The Korean acts appear more ‘Western’ in terms of both appearance and musical style much of the time. More often they not, they don’t fit into the Japanese category of an idol, so instead, they must be marketed as hallyu idols. The majority of female idols in Korea are not pushed around with floaty skirts. Instead, leather and hot pants are a lot more prominent. The same could be said for Korea’s male idols (without the hot pants). With images so different, there’s no doubt that a large portion of the Japanese audience will be interested in Korean music, and record companies in Japan realise that. Why else would industry giants like Avex and EMI Music Japan sign Korean acts? (KARA, though, is an interesting specimen because the music they sell is actually reminiscent of Japanese idol music. Their poppy melodies and vocals have some resemblance and their ‘girl-next-door’-type image also plays a part in drawing in a strong audience in Japan.)

However, flashy concepts alone won’t be enough to get them mind-blowing sales in Japan, let alone cement them as prominent artists in the Japanese music industry. Why? Because they’re going about everything so terribly wrong. For one, it’s glaringly obvious that they’re not fit for it in the long run, or at least, their management has no idea of how to promote their Korean acts correctly in Japan. However, if we were talking about SM, this couldn’t possible be the case — what, BoA and Tohoshinki are just flukes? Don’t joke around, SM’s just trying to make cash fast. 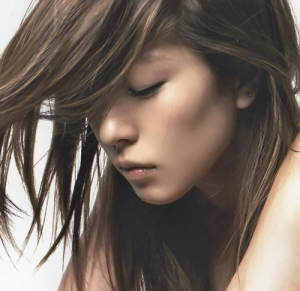 Being proficient in the Japanese language is only a start in terms of becoming a well-received artist in Japan. Having a grasp on the language allows the artists to appear on shows without a translator and gives the audience the image of the artists in question being serious about selling in Japan. Language is a means of communication, being a Korean act with Japanese language skills only strengthens their Japanese fanbase. There’s also a bonus of being capable of pronouncing the lyrics to your songs well (isn’t that ironic, it’s just a bonus). More importantly, since they are being marketed as singers, they must produce good material. Whatever Korean hit song they had will indeed forever remain a hit song but creating a Japanese remake of that and releasing it as a single won’t last too long with the audience in question. It’s the equivalent of a cheap rip-off trying to cater to your ethnicity. If somebody wishes to sell in Japan and keep it up, remakes aren’t going to cut it. Both BoA and Tohoshinki proved that. Their Japanese discography isn’t completely devoid of remakes, but they have put out an impressive amount of original Japanese songs that have sold quite well. More importantly though, they’ve succeeded in engraving their names into Japanese pop culture. Without them, the current influx of K-Pop groups would be much smaller, if not nonexistent.

Suffice to say, my take on the influx of Korean acts in the Japanese music industry is rather negative. I cannot see any group currently promoting in Japan making it big long-term except for Tohoshinki and KARA. The majority of the groups don’t have the correct promotional methods nor the material necessary to make it big, the companies they are affiliated with essentially play no role in the equation. In fact, what the heads of the Korean management companies should be thinking about is how to improve things at home. The reason they are entering the Japanese music industry is essentially to bring back all the money they’ve lost in their Korean promotions, thanks to the current situation of large-scale piracy and pathetic prices of digital sales. Really, it’s okay to promote in Japan. Just don’t do it with lazily worked remakes because it’s the fast way to make money. You can make a lot more in the long run if you do it right.