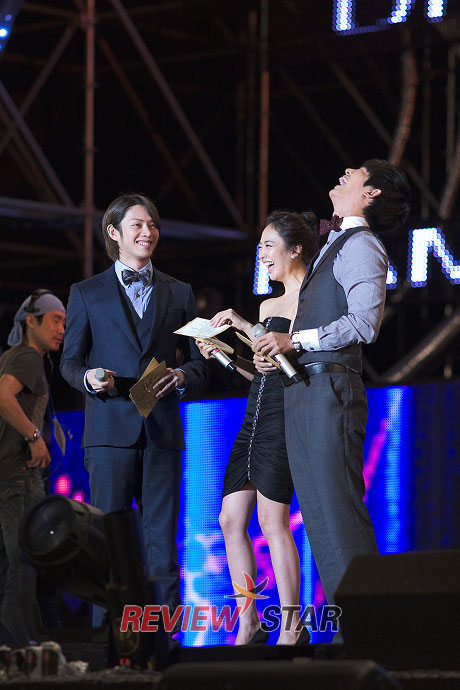 What, no Inkigayo today? Instead of suffering from withdrawal symptoms (don’t be so dramatic), the 2010 Hallyu Dream Concert is bound to have at least one performance to your liking. Although the concert actually took place on September 12, SBS made a special broadcast and the show included performances from (get ready for it) Super Junior, 2PM, SHINee, 2AM, 2NE1, Se7en, 4minute, BEAST, Son Dambi, KARA, After School, Miss A, F.T. Island, Supernova, Davichi, T-ara, MBLAQ, U-Kiss, Secret, and Seo In Kook, just to name some of the headliners.

The event was hosted by Super Junior’s Heechul and his co-MCs actress Kim Min Jung and 2PM’s Taecyeon. I swear, this must be Heechul’s third consecutive year as the Dream Concert MC. Boy must be doing something right. Now, enough with the jabbering, on to the performances!

Supernova – On the Days that I Missed You

T-ara – I Go Crazy Because of You