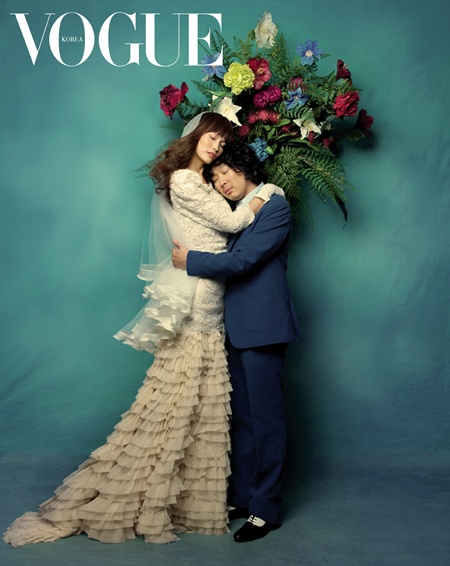 Another week, another round of great comments!

This week, we looked at T-ara backpacking around Europe, Haha‘s musical journey, Jessica for Coming Step, songs that help us relax, our thoughts on Punch and Save The Green Planet, results for our Yearbook Polls, 4Minute‘s new album and MV, a flashback to Fin.K.L, K-drama cliches we know and love, EXO‘s album, MV, and debut, speculations about SISTAR‘s comeback, a look at Yoo Ah-in‘s career choices, M.I.B‘s “Celebrate,” whether watching porn makes idols seem manly, the long-awaited spotlight on Junho, girls running the world of K-dramas, YG‘s new trainee video, analyzing the K-pop spin, and taking matters into our own hands and doing some first-hand reporting on the influence of K-pop around the world.

Now try saying that all under one breath.

Here are five of our favorite comments from this week:

destinyanglin on Where Does K-pop Fit In?:

There biggest problem, and I will keep saying this, is that they don’t focus on getting their music out there. RADIO! RADIO! RADIO!

These agencies try to operate like they do in Asia. ‘Look, were all really friendly and have good personalities’ -we. don’t. care. I mean sure, once you’ve established yourself we will start taking interest in who you are but first deliver the music. I’ve heard and seen numerous times where they announce an interview with this person and a connection here (and that may be fine and dandy when inside the business -like setting a name for yourself amongst the higher ups) but to reach the masses they need to get their music to as many radio stations as possible.

I lack the funds to purchase myself a car but when in the car with a friend and I hear a song on the radio that I like or at least hear it enough times it definitely sparks my interest and I at least take the time to look it up and 9/10 I will purchase it. 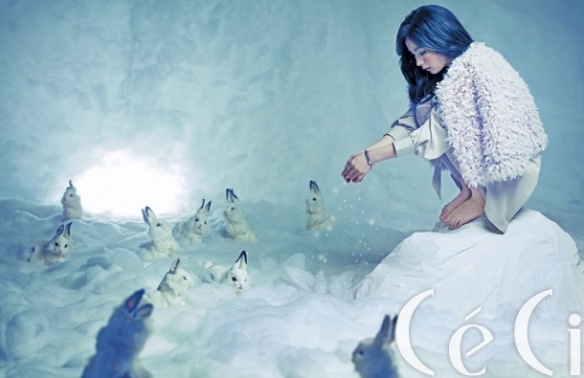 conanblue on Yoo Ah-in, What’s Up With Your Career?:

So true to that. I was nodding the whole time reading this article. But I have to say the people at Fashion King really know how to persuade because not only did they nab Yoo Ah-in, but Lee Je-hoon and Shin Se-kyung, who have been picking really great projects recently where they could really show their acting prowess. The only reason I’m still watching is because I have mad love for Mr Yoo. And I also really like Shin Se-kyung and Lee Je-hoon. Love the actors, hate the story.

I sort of want to blame his agency though. A project isn’t only an individual’s decision, but also the management’s. Especially in Korea where the actors are owned by the management and not the other way around. Remember Jae Hee? The guy that was so charming in Sassy Girl Chun-hyang and very charismatic in 3 Iron? He’s in the same agency as Yoo. And since mid 2000, he hasn’t had any awesome role. It would be stupid to blame fully on the management, but you have to question their credibility when not only one, but two great actors consistently pick terrible projects.

As from Yoo himself, I also agree that he is torn between trying to reach the general public and expressing his artistic self. I also think that from himself, he’s really relying on specific characters than perhaps the project overall. For instance, he tends to look for roles that is rough around the edges but strong heroic capabilities. It’s also worse that he (or his management) limits himself to very few (mostly one per year) projects, so he’s only giving himself few chances to find that diamond in the rough. He seems to be filling his schedule with endorsements than actual acting projects, especially after his popularity in SKKS which he should’ve used to gain easier access to bigger roles. Again, I question the management.

In the end, it’s all a matter of smart decision and luck. No matter how great of an actor you are, you’d never fully get to the top unless you have serious fortune telling power or something. 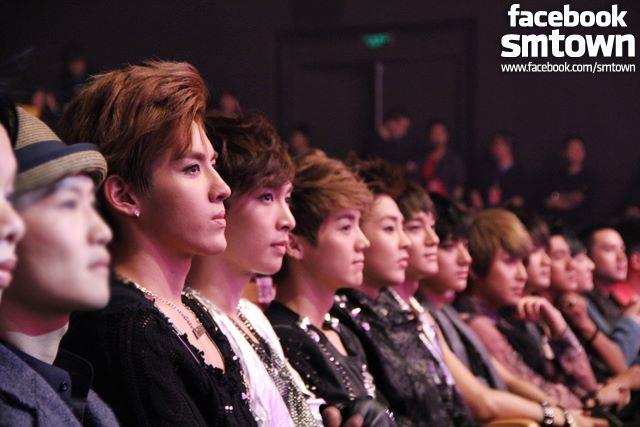 RainieNight on The Calm After The Storm: Exo’s Debut:

Despite, how anticlimactic EXO’s MV turned out to be, I can’t help but feel so excited about their debut. I’ve never felt this giddy about a new group debuting.

But I don’t quite understand why fans are so worried about EXO-M’s future. In my opinion, I think they will do just fine in the Chinese music industry. One of the biggest arguments I’ve heard is that, because of the Hallyu, EXO-K’s music videos have far more views than EXO-M’s. I was honestly expecting that. Why? Because the majority of their target audience (China) can’t even view YouTube, FaceBook, etc. They have their own social networking sites like Baidu and Weibo to show interest in EXO-M.

Another complaint is the quality of EXO-M’s debut stage as compared to EXO-K’s. As K-Pop fan’s, we’re all used to high-end stages with intricate lighting, maybe some pyrotechnics, and, of course, high-quality close-ups of every member. What we need no realize is that is not necessarily the case in China. The reason for Korea’s fancy performances is because of the large idol culture, which is usually showcased in music programs. 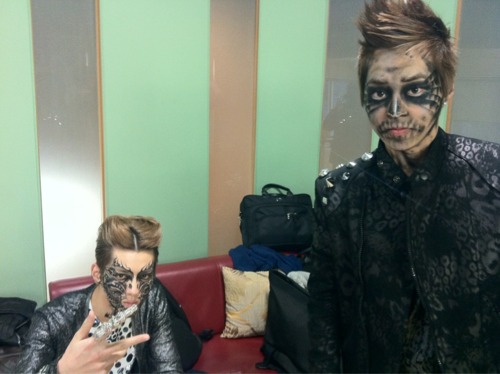 China’s idol culture is nowhere near as large as Korea’s, therefore many performances are simple (yet very entertaining). I am confident that I’ve watched almost every Super Junior-M televised live performance in China, and they have never performed such intricate performances like Super Junior does in South Korea. In fact, since China lacks idol music programs, they, like EXO-M, debuted in an award show. Many of their live performances afterwards occurred in variety/talk show programs. I believe SM will be using a similar strategy with EXO-M as they did with SJM, which obviously worked since they received many rookie and popularity awards. EXO-M even has the advantage of four fluent speakers, as opposed to SJM’s two (Henry’s Mandarin wasn’t very good when they first debuted).

In fact, it’s EXO-M that seems to have the extra edge over EXO-K in my eyes. Like I’ve stated before, China’s idol industry is in its early stages (the only idols I’ve heard of are M.I.C. and Top Combine). It’s even smaller Taiwan’s and Malaysia’s. Think about it. South Korea has tons of idol groups that EXO-K must compete with, including promising rookies like B.A.P., NU’EST, BTOB, and Ailee. EXO-M doesn’t have as much competition. Despite SJM’s success, idol music, with its catchy hooks and overproduced sound, is still quite new and fascinating to the Chinese audience. This is why “What is Love” reached #3 in China’s music charts before EXO-M even debuted. And recently, “Mama” ranked #1 on the music and music video daily charts only one day after their debut in China. Even EXO-K’s version of “Mama” made it to the top 3. In fact, one large reason for the controversy with EXO-M at the award show was because fan chants for their debut performance surpassed even the veteran singers, which probably offended some artists. 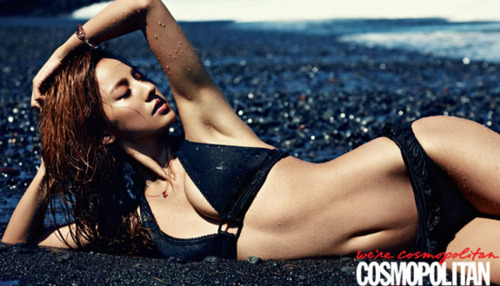 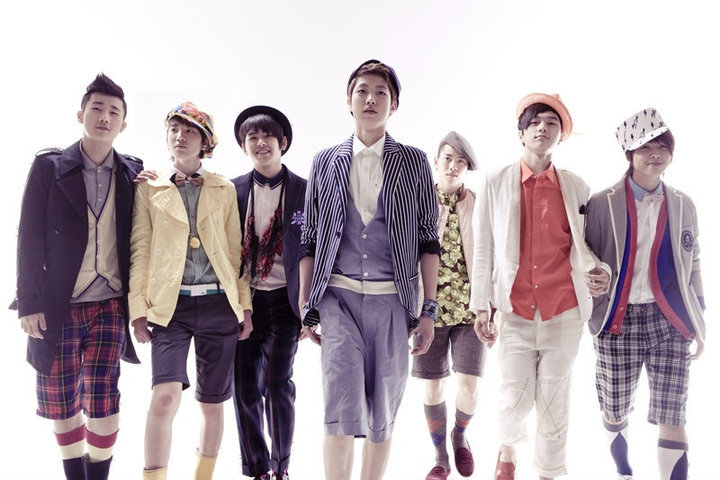 Mrs_KimSungGyu on Roundtable: K-pop Around The World:

I’ve read quite a bit about the types of music most Koreans tend to listen to and I’ve gathered that the majority of Korea doesn’t listen to nor care for Kpop at all. It’s not that it’s limited to a certain age group, because as we all know there are a good amount of noona fans, uncle fans, etc, it’s just that the music is often looked upon as being frivolous and unsubstantial. To most there is no real meaning to Kpop and really a lot of people, not just the older generations but the younger ones too, are into Indie groups and rock (of which there is a lack of in kpop).

Woollim Entertainment (whose only Idol group as of now is INFINITE), for example, isn’t wildly known as a big company to a lot of international fans, but it is in fact a very respected and popular label in Korea because it has groups like Nell, artists like former Loveholic‘s member JISUN, and also formerly EPIK HIGH signed under it, all of which still are very big names in the Korean music world. Most of the kpop labels in Korea were founded by business people (some with music experience but for the most part with the intention to make money), whereas the labels of the music that is largely popular in Korea were created by music producers, musicians, and the like.

Lyrically speaking, there is very little substance in kpop. Imagine being a 50 year old man or woman listening to kpop for the first time and being bombarded with nonsense lyrics as is the case in “Gee” or “Lucifer”, for example. I’ve noted that a lot of Koreans like to listen to music that is full of meaning, and looking back on it, it makes sense.

In the 70’s and even partly into the 80’s (actually even before then one could argue), South Korea was under a regime of sorts and music that did not pass the government’s standards was banned. Anyone who was caught producing music that was “hurtful” or “corrupting” was sent to prison. It was a tyranny of sorts and as you might have guessed, a lot of people were suffering, not only that but musicians were losing their livelihood. In order to keep making music, many would go “underground” and would illegally produce music in secret. Korea has a history of being oppressed and though happy kpop songs might seem like a mood-lifting experience, Koreans are still able to remember the times when people were fighting for their right to expression, and in essence, music in Korea has become something very meaningful.

My guess is that since Koreans are now able to express themselves, many have turned to listening to music that depicts the sorrow, anger, etc, emotions and ideas that could not be expressed before, and kpop for the most part doesn’t do that. For example, modern rock band Nell, is known for creating sorrowful songs and just recently they made their first comeback in 4 years. They topped most if not all of the online music charts not only with their title track but their other tracks as well, thus proving their popularity and relevancy despite being away for so long.

Music played a big part in reforming Korean society and it’s because of this that I believe most Koreans look at music as an art, and let’s face it, kpop is not a very original or meaningful music form. In other words, Koreans are picky with their music, which is a very good thing if you ask me.

That’s it for this week!

Thanks for being such great commenters, and as always, feel free to share any that we missed below.