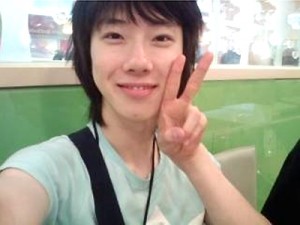 The first example is Soohyun from U-Kiss. In this old clip (back when Alexander and Kibum were still in the group), skip to 1:32 where they ask the question, “Who likes porn the most?” — which, to be honest, is a really weird interview question to begin with. The person who immediately raised his hand his Soohyun. During this time of this interview, Soohyun had a “scandal” for potentially being in a homosexual relationship with Jo-Kwon. As stupid as it sounds to most of us (we knew that there was no legitimacy in this claim), there were some people who legitimately believed that these two men were homosexual. Because of the homophobia of Korea, these two were getting some backlash, so when this interview was released, I had my suspicions about the intentions of the video. Was this supposed to be some kind of redemption from that scandal? 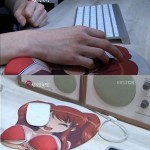 Speaking of Jo Kwon, just this past month Jo Kwon and the rest of 2AM were on the March 19’s broadcast of “KBS 2 Star Life Theater.” During this broadcast, 2AM’s dorm is revealed. When the camera crew came into Jo Kwon’s room, there was a zoom in on his mouse pad. His mouse pad is an anime character with her boobs being the wrist rest. To be honest the wrist rest does look really comfortable, but having that in a broadcast seems a little too scripted for me, and the desktop being scantily clad women does not help. When most idols show their cribs, for the most part these idols clean up as much as possible. Jo-Kwon’s place is clean, but having that mouse pad seems like it was meant to be shown on purpose to prove or to show something.