The Jack of All Trades: Junho Finally Gets the Chance to Shine 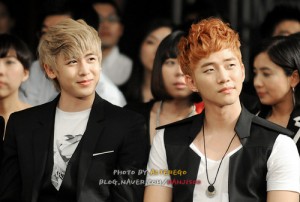 I imagine it’s tough being Junho.

Junho is an amazing singer. Unfortunately he’s not as amazing as Junsu. He’s a natural born dancer. But not particularly as natural as Wooyoung. He’s the cutest little thing I ever did see. Besides Nichkhun, of course. And he’s almost the youngest–but the coveted title of maknae rests firmly in Chansung‘s hands (and only by 17 days).

They say that when you’re a jack-of-all-trades you’re a master of none. And unfortunately, Junho suffers from a strange phenomenon in which he’s not recognized for his talents despite his near-mastery of them all. It’s as if all of his potential and capabilities are overshadowed by his group mates who each possess one defining trait that maintains their popularity. Taecyeon‘s body. Junsu’s voice. Nichkhun’s foreign appeal. These are things that Junho just doesn’t have.

It didn’t take me too long after falling in love with 2PM to realize who the group’s silent star was. And that realization was solidified after watching performances of the group’s 2010 tour in America. On the heels of Jay Park‘s departure and an injury that kept Junsu off of the stage, Junho was left with the responsibility of singing his parts as well as the parts of the other two. And he did so. Brilliantly, might I add. 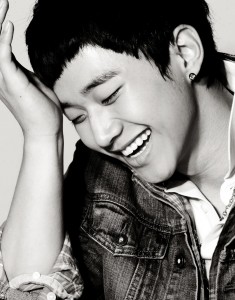 Junho’s versatility has since continued to impress me. Onstage, his voice has grown to become the most solid and reliable one. His behavior on variety shows has evolved from indifferent reluctance to delightful overzealousness. And much like Junsu, Junho has begun to explore the creative offerings of behind-the-scenes music production. His venture into producing music landed his first song “Give it to Me” onto the group’s sophomore album, Hands Up. But despite all of this, Junho hasn’t been able to gain the popularity outside of music that his group mates have. In fact, he and Junsu were the only group members who did not appear in the 2011 drama Dream High nor have they set foot on a drama filming set. And although Junho has passionately expressed his desire to venture into acting, it seems as if JYP Entertainment, broadcasting stations, or some combination thereof, don’t share the same sentiment.

This is why I’m ecstatic that Junho recently joined the cast of Music & Lyrics. Much like We Got Married, the show pairs together one man and woman with the added dynamic of creating music. In Junho’s case, he’s been paired off with the lovable Kim So Eun, who is most recognized for her romance with Kim Bum‘s character in Boys Over Flowers. The duo onscreen is, in one word, adorbs. 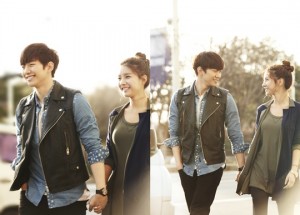 I’m delighted to see Junho finally get the chance to shine. The show allows him to show off his musical talents and to present a romantic side of himself that’s diluted under the shadow of 2PM. I mean really, who would have known that the guy who gallops on broomsticks and quotes Harry Potter all over the place had such a mature and charming side to him? Music & Lyrics gives him a chance to engage with audiences in a way that he never had the chance to before. K-pop fans who normally disregarded him are now interested when he shares on Twitter that he wants a girlfriend soon. Or they dote on how cute he looks holding hands with Kim So Eun. And while these things seem minor, they signify that people are starting to pay attention to him like they haven’t before. It’s my hope that people will come to agree that this jack of all trades is mastering it all.