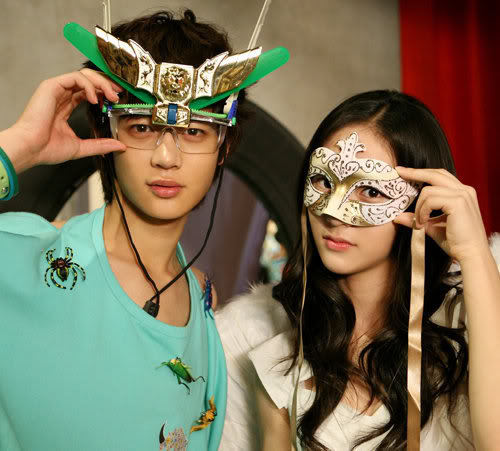 Here are five of our favorite comments of this week!

Ontaemint on Is Height An Important Factor in K-pop?:

I’m 5’6 and when I went to SMTown NY and waited outside of the hotel to see idols (mainly SHINee and SUJU XD) I saw SNSD arrive and I was shocked when I saw how small they were. NO ONE was taller than me and maybe two were actually my height. They all exaggerate their heights so even looking at this chart I don’t believe it’s their accurate heights (except Brown Eyed Girls lol). Same goes for the male idols. Everyone who claimed they were tall on shows (Minho, Yunho, Changmin etc.) were all shorter than what they claim. NO ONE was 6’0. Minho is my sister’s height 5’7-5’8, Yunho is 5’10 and Changmin looked 5’11 but he was wearing boots with heals so I would say 5’10.

It’s common to lie about your height in Kpop and it doesn’t bother me, what bothers me is hearing all these fans going crazy and calling you a liar when you tell them that oppa exaggerates his height lol. Everyone does it, even Rain, for the longest time I loved the fact that Rain oppa was so tall (he claimed he was 6’0-6’1) until I saw him in person at the Time Magazine red carpet and he was only 5’10 lol. I didn’t start hating him (still love you oppa!) but it really opened my eyes to the game of Kpop. 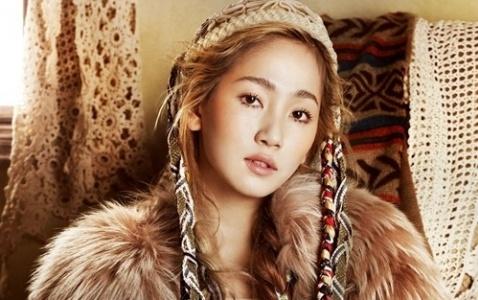 I hope what that Kim Dong Won really meant was that “Then looks must not be important to you (yes, there are tons of other girls who are more physically pretty)- that you’d want someone well-rounded (good-looking enough, smart, talented, down-to-earth, kind)”.  Because how can anyone imply that Ye-eun isn’t good-looking in any way at all?!

I do wonder if there is a disconnect between western and eastern culture regarding k-entertainment saying disparaging stuff about people’s looks.  I’m asian and I know my family and other families as well have no qualms saying stuff like “you’ve gotten chubby” or “wow, you’ve finally lost some weight” or “your skin is not looking too good” or “I dislike your new hairstyle.  Why did you change it?”.  Usually those of Western culture, people try to avoid saying stuff like that.

I completely agree with you. I think there definitely IS a subtle disconnect between Western and Eastern culture in terms of appearance and personal boundaries.

In Asia, I think there is a perception that if you were to point out the flaws in someone’s appearance (“You look tired” or “You’ve gotten chubbier”), particularly with someone you are only on an acquaintance basis with, it is a means to bring the two of you closer together – as strange a concept as this may sound for Westerners. It’s all a verbal dance of etiquette. “You look really tired today” “Yes, things have been completely stressful in my life lately” “Oh, I’m sorry to hear that.” etc …. I think there’s also a certain expectancy that to be able to humbly accept criticism is a positive personal trait.

In Western culture, if you were abruptly told by a stranger that “You are looking tired today”, it is perceived as rude and disrespectful. The situation will practically scream “NONE OF YOUR BUSINESS”. But in Eastern culture, it’s mainly because it’s NOT your business that you are associating yourself with it. The implication is that you are close enough (like a close family member) to say these things to each other and that the message is received with sincerity and concern rather than maligned intentions.

Of course, this is a VERY slippery slope to stand on. Though the cultural underlying basis for these exchanges are benign, at times, in theory and in practice are two very different things. Dramas are fraught with these situations of twisted intentions: a catty b*tch cloaking her words in a sugary coat of false sincerity. I think it is because the misuse of these exchanges are so prevalent and overtly represented in the media (and particularly in dramas, which international – Western – fans are mostly exposed to) that we, Western fans seeing these exchanges through our Western cultural lens, may misread the intentions and meanings behind those words.

On the flip side though, if Kpop genuinely means to expand its Hallyu wave to international shores, its ambassadors (Kpop artists) must also become more cultural sensitive to the way their actions and words will be perceived by the international fanbase and adjust their behaviours accordingly. It’s a two-way street here. 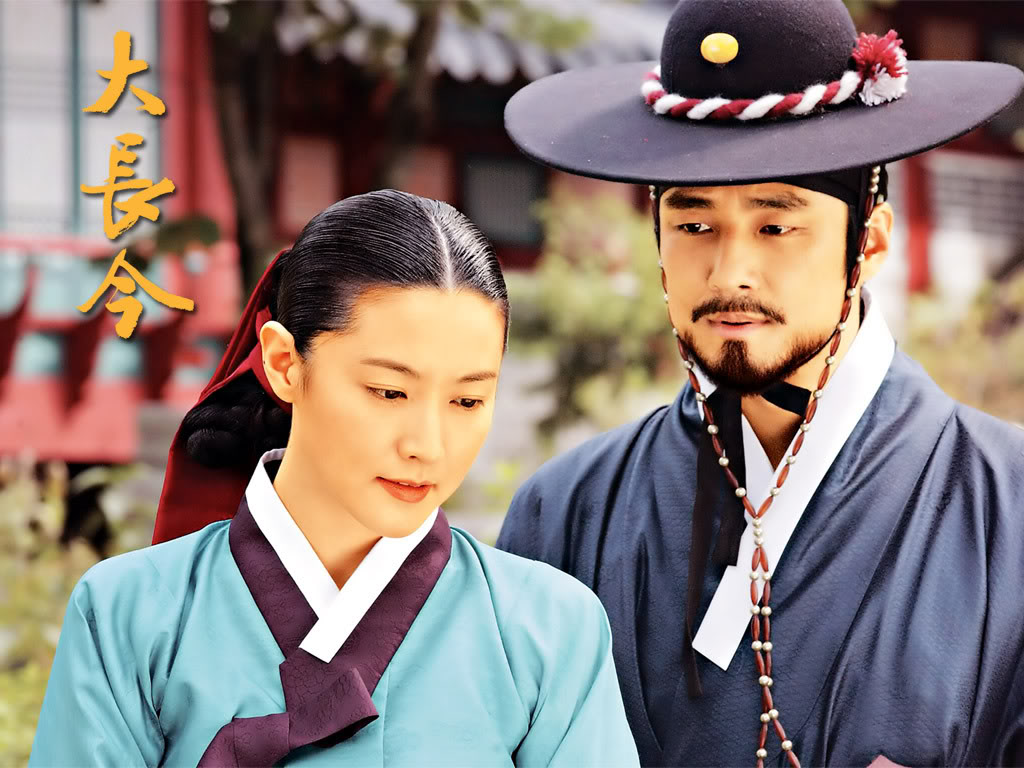 Michael Park on Saeguks, Why You Gotta…:

Dae Jang Geum was flawless. First sageuk drama I had ever watched and by date still my favorite. It was long and in some places arduous but Lee Young Ae really pulled it off and in the end I think the writers did a fantastic job of bringing everything together to a degree where you couldn’t help but fall in love with all the characters and their stories.

I absolutely loved TMETS [The Moon Embraces The Sun] at the beginning but I did have a hard time transitioning to the adult cast — Han Ga In as lovely as she was, just didn’t pull it through for me. I think there was also a problem with the story itself because it was so focused on the love relationship. If there were more fantastical elements to it and a stronger, more complex story aside from the whole repetitive love story, the whole drama would be so much better. I really think that the reason this drama is staying relevant is because of the young actors and also the names and fame of the older adult cast.

Korean Dramas on a whole are always too focused on the love story. Yes, a triangle love complex is intriguing to watch – but when ALL the stories are like that, kdramas become more of a fanfare than a worthwhile watch.

I think there’s a lot to learn from Japanese dramas in this respect – they instill a lot more moral backbone to the stories and often times the love stories are the additional elements to their story at hand.

I also dislike the one-sided misogyny of these dramas because so often times the male characters are total jerks. I don’t know if it’s related to Korean culture, but the male protagonists are always handsome jerks who seem to swoon girls off their feet and despite promising strong female characters, they always ‘fall in love’ with the strong male leads.

It would be nice to start seeing a broader current of change in the way Korean dramas are written these days. Love stories are cute and funny but they need to start adding more complex undertones to them and emphasize on them rather than the love relationships. 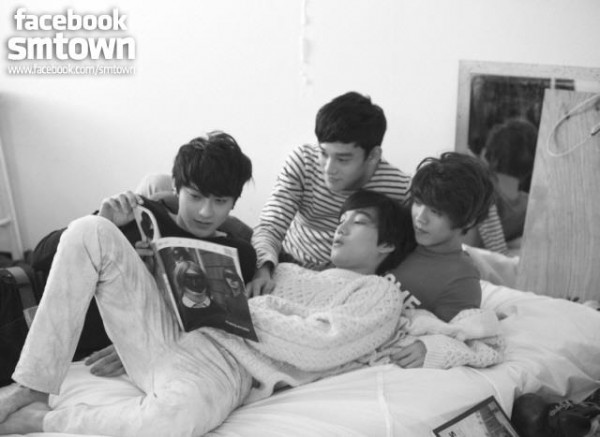 I have to be honest, and this is coming from a guy, so there will be no commenting on how hot they are or how they are such eye candy. I honestly… really liked their 2nd “Prologue” video. It’s a pretty neat intro into what can be expected from them. “What is Love” showed their potential in their singing abilities, while “History” showed their abilities to synchronize their steps, showcase the other members, and dance. I know this was a “Box” MV, but this isn’t their official debut yet and they already have people glued to their screens wondering when the next thing from EXO is going to come out.

Being able to travel to South Korea frequently and seeing how people there interact with K-Pop culture compared to us Westerners, many Koreans actually gobble these teasers up and are really anticipating Exo BECAUSE of the them and these prologue singles. It’s a smart way of marketing in not only South Korea, but in most of Asia as well. Not even making a splash on the official debut bandwagon, many future fans have already managed to figure out all 12 members’ names, hobbies, traits, position in the group, and whether they would be in Exo-M or Exo-K on threads and discussions way before they even finished putting out all these teasers and prologue stuff. Heck, I feel like I know all these traits of an Exo member more than I know all the members of Super Junior or SNSD. But these guys have already built up a reputation in South Korea and the rest of Asia more that exceeds any repetitive negative comment that usually goes like “SM just f*cking debut them already,” or “I’m already tired of these teasers,” and “Exo will debut in 2020 if it keeps going like this.”

I think this is where we see a difference in artists in the East to artists in the West. Westerners tend to think of the song that is a hit on the radio, more than the actual artist itself. I know this is a HUGE assumption, but think about it. People tend to love the songs that an artist releases more than the artists themselves sometimes, which is why we get so many “One Hit Wonders” here in Canada and the U.S. While in Korea, the fans actually want to get to know the group members’ skills, hobbies, and a bit about themselves, and see whether they can put their trust in the group to deliver or exceed the expectations they have set for them in the music industry, which is why I think SM has it right with Exo.

Apart from this, I think that what they have released now is really great. If you guys have noticed, in each of their teasers is a snippet or the instrumental of a song that possibly might be on the debut album itself. They sound great already, even if I haven’t heard the full 3-5 min of the song. I really think that we’re gonna be amazed from what this group can do in the future. Yeah, I might sound like a biased fan, but I feel obliged to stand up for this group and give them a chance of what they are capable of than stand back and let trolls and haters bash on these guys JUST because they released 20+ teasers. This is my 2 cents ^^ 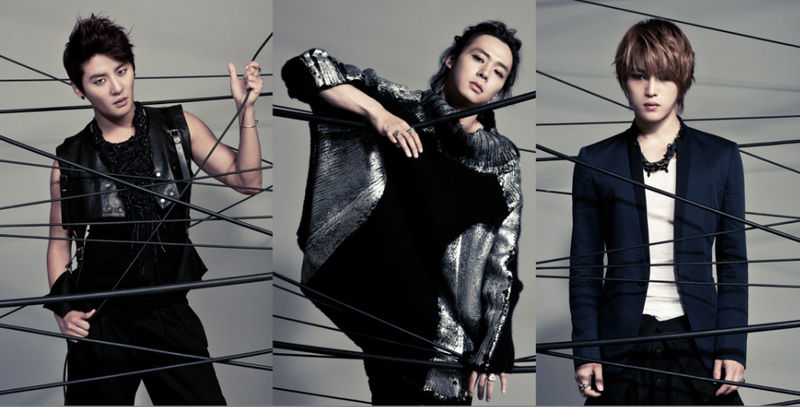 What has me wondering here is that how these so called “fans” get the means to do such things. Bribery, hacking, and whatnot cost money and I for one am positive that Korean parents are not supporting their children to perform criminal acts. Keep in mind that many of these fans are minors. I wonder whether parents are even aware of what their children are doing on a daily basis.

This brings me to my next point, being minors should not excuse them from the law. Stalking, invasion of privacy, breaking into people’s homes, and physically hurting people/assault is more than enough to charge them despite the fact that they are minors. If anything, these people can be sent into juvi (if they have those in Korea) or a psychological ward, something they clearly need.

The inability of the Korean government to do anything about this serious issue clearly escalates the problem. Sasaengs, seeing as there are no repercussions to their actions, feel more compelled to abuse the system.

That’s it for this week’s Comments of the Week! As always, if there were any awesome comments that you feel should have made it onto this week’s collection, please feel free to share them with everyone in the comments section below!