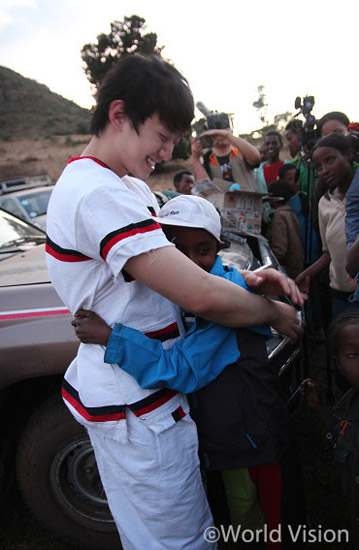 Idols are well known for functioning within a strict schedule every single day of their idol lives. For some just breaking into the industry, schedules mean virtual non-stop work for months on end, sometimes even years. For other, more seasoned idols, the lines between reality and the idol lifestyle eventually blur, and their idea of “normal” living and our ideal of “normal” living no longer equate. There are moments, however, where idols have the opportunity to reconnect to life outside idoldom, and take on a experience that keeps them grounded to the real world thriving around them.

Such an opportunity presented itself to 2PM’s Junho back in January. Upon receiving his first few official vacations days since 2PM’s debut four years ago, Junho packed his bags and headed for Ethiopia alongside the production team for EBS’s newest program Global Project – Sharing. During his volunteer mission to Ethiopia, Junho was finally able to meet the Ethiopian child he had been secretly sponsoring for the past year, as well as visit the sick elderly and dance a number or two for crowds of Ethiopian children.

My heart flopped upside down and melted when the first episode of Global Project – Sharing aired on February 27th; a part from watching Junho wholeheartedly interacting with so many children and getting down and dirty for the experience, part of me shed a tear of pride considering that this was how he spent his first vacation in four years. To forsake the time he could have spent with friends and family for underprivileged communities children and communities elsewhere in the world really touched my heart, and I can’t help but want to pin a bright gold star to Junho’s chest for his kindness. As Subi mentioned some time ago, plenty of idols have the means and ways to extend this kind of charity, and many don’t. However, Junho is a sparkling example of how some idols with the ability to donate their time and money act on that opportunity to reach out to the real world. 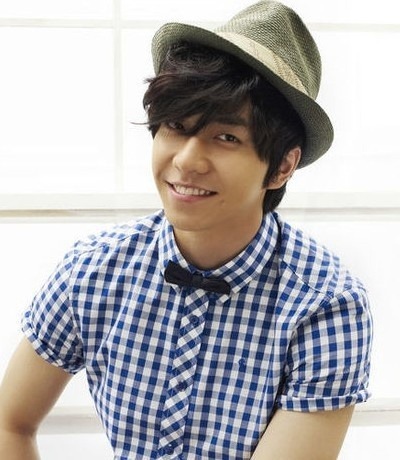 Another honorable mention goes out to the “Prince of Asia” himself, Lee Seung-gi. Last week, Lee Seung-gi took time out  of his hectic schedule to visit a very brave little girl whose wish was to meet the actor. This little girl, seven-year-old Joh Eun-seo, suffers from a congenital (present at birth) disease in which she cannot eat, digest her food, or absorb nutrients from food correctly. While Eun-seo was receiving medical treatment at the Seoul Asan Medical Center last week, Lee Seung-gi headed over to meet this brave little girl after learning of her story.

Lee Seung-gi is easily one of the most popular idols in K-Entertainment, and given his endless list of commitments to the small screen with dramas and entertainment television, it was genuinely kind of him to make time to visit Joh Eun Suh. Sure, maybe this wasn’t as long or arduous a gesture to make relative to Junho’s, but Lee Seung-gi’s heart was certainly there in its entirety. Either way, both were huge notions of generosity.

For idols as big as Junho and Lee Seung-gi, it can be fairly simple to forget the other kinds of life that exist out in the real world, simply because fame has a funny way of detaching people from reality. Junho and Lee Seung-gi, however, were able to reacquaint themselves with something other than busy schedules, idol lifestyle, and crazed fans for once by taking personal time to venture out someplace else other than a lit stage. Junho’s volunteerism and Lee Seung-gi’s kindness were windows into new sides to both idols that I can’t say I’ve personally seen before; All in all, it’s nice to see idols reaching out to stay grounded amidst all their celebrity.