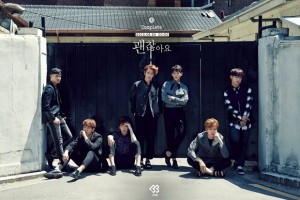 We also took a look at great B-side tracks from 2PM’s discography. Our mixtape looked at Latin-inspired K-pop tracks.

In fashion and TV topics, we covered the first two episodes of I Remember You, the series Who Are You: School 2015, our favorite performances from last week’s music shows and well-stylized recent photoshoots.

Our Roundtable asked our writers for potential We Got Married partners and show life. Our Week in Review segment summarized last week’s major news.

I’ve chosen a few comments to highlight this week:

Tia_ on I Remember You, Episodes 1-2: Murder, Mystery And More! 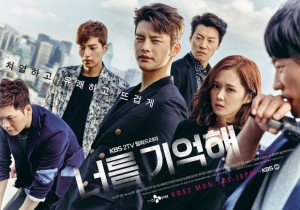 I love mystery shows/movies so I watched the first 2 episodes and they were fairly interesting. But WHY, WHY did they have to make Ji-an seem such a dumb character at times? It’s the same, overused dynamic of a smart guy and a pretty but not so bright girl. It’s true he’s supposed to be a genius but she’s a police officer, I really hoped her character would be a bit smarter. The way this is going, she’ll be strolling around him taking notes and looking pretty while he proceeds on solving all the cases, sigh.

poppysky on Roundtable: Who Would Your WGM Partner Be?

To be completely honest, I clicked on this post as soon as I saw the picture of Yonghwa and Seohyun. They were my first WGM couple and will always hold a special place in my heart, especially since they immortalized their friendship in the cutest Banmal Song ever!

That being said, it was only when I watched the other couples did I realize how scripted the show was. Taemin and Naeun were bearable for a grand total of ten minutes while the Jae-Lim couple held my interest for quite a few episodes, until the So Eun ‘dating scandal’ broke out, resulting in an episode where the focus was on her having to earn ‘forgiveness’ from Jae Rim. Everything about that arc was wrong, from the focus being on Jae Rim’s ‘heartbreak’ to So Eun being treated as though she had committed a sin comparable to the Original Sin of Eve’s (don’t get me started on that topic) by being photographed with another man.

Selling the concept of a fake marriage is harder now that people accept the fact that all relations between women and men need not result in romantic love, nor even in physical attraction. While it is fun trying to figure out whether the couple actually like each other or are putting on an act for the cameras/ earning the money rolling in their way, there is a point where the script becomes the Big Brother working behind the scenes, invisible yet something the viewer is acutely aware of. 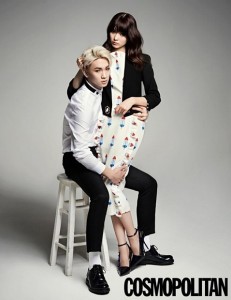 I think Key and Arisa‘s WGM story presents itself as a good direction for the show to go in before their lose their fans to disillusionment. The sizeable age and culture gap routed the usual approach to a couple and gave the producers the oppurtunity to explore their cross cultural friendship instead. Even the YongSeo couple worked to an extent, in the scenes where skinship was foregone for a more comfortable distance between the two.

The question of who I would like to have a WGM-esque relationship with is quite interesting and has multiple answers. But here’s top three- Onew from SHINee because he is hilariously and endearingly goofy on stage, Jungkook from BTS because multi-talent makes for some interesting learning oppurtunities. Without a doubt, BoA if it were a same sex marriage, because I am irrevocably in love with her music!

idalis23 on Sistar Ring In The Summer With “Shake It”

Really not impressed by this tbh. Sure, we all wouldn’t mind a fun, mindless summer album but they’ve been doing this “mindless” summer concepts for quite a while now, it’s honestly getting a bit old and for someone already considered a top group this type of releases isn’t really gonna cut it anymore. 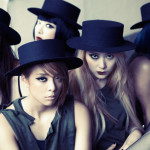 I mean I remember when other top girl groups like Wonder Girls, SNSD and 2NE1 tried to release something “mindless” people criticized them to hell and back. It’s quite a shock that people are okay with this group releasing songs on par with trending groups for the nth time now…like, it’s been three friggin years since their big break and you’d think for a group supposed to be over establishing themselves they’d try focusing on adding variety to their catalog.

They’ve literally redid this whole summer concept they had last year with less interesting, more forgettable tracks this time around. Can’t their company even take a page from f(x) when doing summer comebacks every year, at least?

Thank you for continuing to participate in our discussions and read our content!