BtoB's "It's Okay" Will Brighten Up Your Day 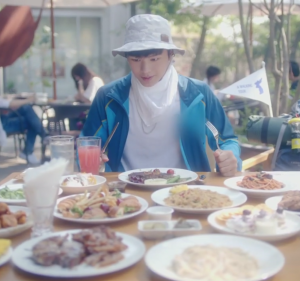 BtoB have made their comeback with the soulful ballad, “It’s Okay”, on June 29. However, ‘it’s okay’ is not how I would describe this song and MV at all. By finding complexity in simplicity BtoB have created something that is more than just okay.

There is no denying that BtoB posses a diverse range of talent from rappers, dancers to singers. However, it is the group’s vocal line that gets to shine in this song.“It’s Okay” as a R&B inspired ballad allows BtoB’s vocalists to show off their skills both individually and together. The song is very reminiscent of a K-Will release; a smooth ballad that effortlessly navigates the complexities of the genre to show emotional depth. Member’s like Chang-sub and Eun-kwang stand out for their talent in the higher registers, taking on many of the stand out lines in the song. They take turns singing the song’s most distinctive line,‘I believe in you’, that ends the chorus on a high note. The backings drop away at that point to allow the listener to completely focus on that line; this is the moment of the song to remember. Every aspect of the song has been used to push a message and the emotions connected with it.

While this song is a ballad, the group still retains its connections to hip hop with a rap verse featuring prominently in the middle of the song. At first its introduction is a bit jarring within the soulful vocals; however, it quickly fits in with the mood of the song. The justification for its placement in the song becomes clear within the lyrics. 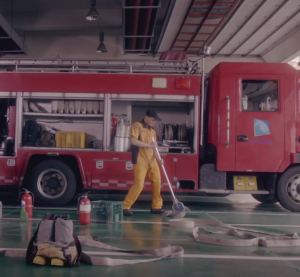 Both Minhyuk and Ilhoon, as rappers, participated in creating the lyrics for this song by using their personal experiences to enhance the message of it. They outline their worries and troubles to do with jobs, friends, military service and their bank account balance; the normal worries of young man. It is incredibly relatable for everyone despite being targeted at young men. As idols, they have shown a different side to themselves and have humbled themselves. In doing so, they’ve taken themselves down from the idol pedestal, increasing people’s ability to believe in the message of the song.

This is a song that is meant to invigorate those who listen, providing an escape from the stresses of life.

Are you tired from the same lifestyle every day

Just who is that for

You’ll end up falling down anyways

When you’re having a tough time, and think that you’re alone

listen to this song 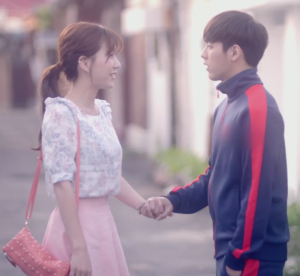 This is definitely a song you listen to when you are having a bad day, week or even year – I could definitely see quite a few people butchering it when they are drinking to relieve stress. “It’s Okay” has such a simple message but it has a resounding effect due to its universality. It works to comfort, motivate and alleviate those who listen to it. It is unfortunate that messages like these are often overlooked in favor of in-your-face crazy concepts. This is one of the reasons that this song is such a breath of fresh air.

Though if you wanted a breath of fresh air, why not try doing a walking tour with Sung-jae? It is guaranteed to be difficult but worth it in the end.

The song’s universal message is portrayed in the MV through the depiction of the hardships that people go through in their lives; whether it is with their careers, relationships or personal struggles. The members take on the roles of a fireman, an art student, a radio DJ, a hiker, a chicken deliverer, a university student and someone who is unemployed, each struggling with something. For instance, Min-hyuk struggles with keeping his relationship while he worries about the uncertainties of being unemployed. He even tells his girlfriend that they should break up because he feels guilty about her paying for things. However, she consoles him and gives him the motivation to keep going. This storyline alone can be incredibly relatable for all those college students who are searching for work after graduating. The MV validates their worries and tells them that even though things look bleak and you make mistakes, everything can turn out all right. This MV is incredibly simple but carries a powerful message.

It is always a risk to promote a ballad as a title track; but it is a risk that pays off for BtoB, with the group’s talent shinning through. “It’s Okay” is complexity hidden in simplicity, making it easily accessible to anyone. They did this through empathy; validating people’s problems and consoling them at the same time. So when you’re feeling down, I thoroughly recommend a healthy dose of BtoB’s “It’s Okay”.

So have BtoB become your stress reliever?