Teen Top Are Back and "Natural Born" 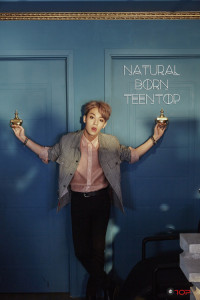 Teen Top haven’t really been teenagers since the smooth and maturely subdued musical showing that was EXITO in September. Just a flick through the band’s discography shows the group’s progression from flashy boys asking noona not to wear perfume to musicians with the restraint and experience to be taken seriously.

As an album, EXITO served as a melancholic accompaniment to the colder seasons, jam-packed with subjects of heartbreak and relationship anguish. It makes sense, then, that Teen Top’s newest release Natural Born Teen Top drop just in time for summer. While the members, excluding maknae Changjo, are no longer in their teens, Natural Born Teen Top seems to serve as a reminder that the group are still capable of having some fun.

Teen Top, and summer releases in general, is associated with upbeat dance tracks, and title track “Ah Ah” is no different with a chilled-out, retro pop sound. The boys serenade a girl with cheeky lyrics, commenting on the love interest’s physical assets and at one point referencing Uhm Jung Hwa’s song “I Don’t Know”:

“Ah Ah” is a toned down version of the group’s electro-pop style. It’s enthusiastic without the frenetic energy of singles such as “Rocking” and “Crazy”, and the lyrics are appropriately youthful as the boys sing and rap with an itching impatience for love.  That being said, “Ah Ah” is easy listening but doesn’t really stand out among the sea of other summer love songs musically. “Ah Ah” had been hyped as a dance focused single from the start, and the song is best delivered as a complete package on stage or in video as a performance. 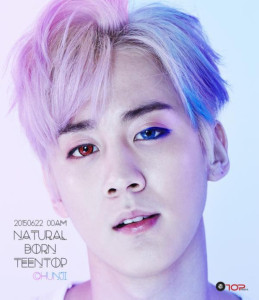 “Hot Like Fire” is the track that precedes “Ah Ah” and introduces the album, immediately setting the tone with the cocky attitude characteristic of Teen Top’s music. The song opens with C.A.P.’s taunting drawl of rap as the boys boast about the heat between them and their love interest on the dance floor.

“Hot Like Fire” is heavy on the synths and dubstep, and could have just as easily been promoted as the title track with its catchier chorus and fast tempo suited for Teen Top’s style of dance. The song is carefree and familiar, doing away with all and any previous heartbreak expressed in their last comeback to scout for new flings and more fun this summer.

Of all the tracks on Natural Born Teen Top, “I Love It” is a personal favorite. The song maintains the electro sound of the album with a simple, funky beat occasionally accompanied by snaps. While several tempo changes occur between the bridge and chorus, the transitions are incredibly smooth and add complexity to a song that would have otherwise been a little too straightforward due to the repetitive chorus. With verses that ask the girl, “please don’t let me down,” the song’s proclamations of “I love it,” come across as flirtatious confessions masked as compliments. 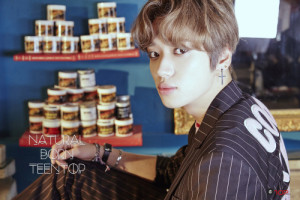 The other tracks fail to make as much impact as the aforementioned three. “5 Seasons” is an obligatory summer love song featuring guitar and trumpet instrumentals as the members name their girl as the fifth season, equally as constant in their life as spring, summer, fall, and winter. While the comparison is a cute one, the song itself is generic and could probably serve on any number of boy group albums as a filler song.

In “Please,” Teen Top beg their love interest not to answer the phone call from another man, lest she be seduced by someone who couldn’t possibly love her more than they do. A boppy synth and drum beat makes for a bouncy pop song. “Confusing” is the album closer, and trades the acoustic guitar for electric for a fun tune towards a girl whose feelings towards the singer are unclear. The rap verses convey this frustration with enough expressiveness to keep the verses entertaining instead of angsty, and the last chorus featuring just the members’ voices over a stripped down beat give the album a satisfyingly definitive end. 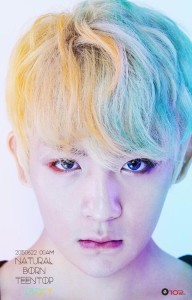 While Natural Born Teen Top is presented as a summer release and naturally had a certain seasonal sound to conform to, there were certain elements from EXITO that could have carried over to Natural Born Teen Top for a stronger album. The comparison between the two albums may seem overemphasized, but after such a drastic change to both the group’s concept and sound maturity in EXITO, Natural Born Teen Top as an album was a follow-up that fell short of admittedly high expectations. Notably, there seems to be a lack of focus on the vocal line in this album, which is disappointing given the impressive harmonization found in last season’s ballads. Raps seemed to shine more in this album, which makes sense given the general upbeat tone of the tracklist. But after hearing “Cry” and seeing Chunji perform recently on Masked Singer, I still wish the album had included a song to showcase the vocalists’ talents in a way that dance tracks don’t really allow them to.

Natural Born Teen Top does its job as Teen Top’s upbeat entry into summer, and the offering as a whole is fun, fresh, and fairly unambitious. The album from Teen Top this time around strives to be light and carefree for the season, and as a result the songs are easy listening but fail to make much of a splash.