John Park may not have cinched a win on either American Idol Season 9–made it to Top 20–or Superstar K2 (runner-up), but after a rather lovely title track, “Falling,” for his first mini-album, not to be confused with his debut track, John Park has crafted out a spot in pop music as a man with a husky voice and a guitar ready to make your heart sing. He returned earlier this week with his first full-length album, Inner Child, with title track “Baby.”

The music video cleverly plays on the idea of a magnet, but it extrapolates the attraction of magnetic objects to that of people and inanimate objects as well. It starts off with John Park being one of those people that attracts other masses; little objects like paper clips stick to him while larger ones bend in his direction, soaking in his vibes. The magnet reference is made more obvious with the close up to the wall art: there are magnets clearly displayed, one even labeled. When he notices his neighbor as she goes into her apartment, similarly attracting a light and John Park’s attention, it becomes clear that she’s another magnet with the right charge to attract John Park. This leads to entertaining moments like John Park getting pulled to her front door after she’s gone in, creating a noise that makes her come out an check to no avail: John’s stuck behind her door. Then we have the woman’s proximity to the wall of her apartment causing John to follow her movements, elevated on the wall and still in his chair. Those motions soon turn into him just rolling on wall. When she leaves, he drops. 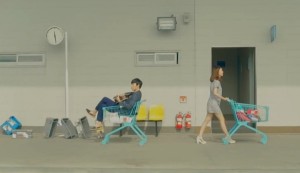 In a rather suspicious move, John follows the woman as she leaves her apartment: he holds on to railings in the elevator to keep himself in one spot. The scenes of him serenading the woman while playing the guitar cut in between those where he stares awkwardly from the corner, and the manner in which they’re integrated lead the viewer to believe they’re desires or scenarios thought up by the man, not scenes that actually happen. The last new scene of the music video has the woman pushing a cart in what seems to be a warehouse while John Park sits in his own, faced the other way, that moves willingly behind the woman from a suspiciously close distance. That must be a really nice mode of transportation requiring no effort on the part of the rider. This movement lasts until the end of the music video with boxes and ladders falling in the wake of the two, the music ending when John Park’s cart meets the woman’s backside due to her stopping: cue awkward moment for John Park.

The video’s concept is conveyed clearly, excelling in showing some little details like how objects stick to John Park’s pants and shoes in his solo scenes with his guitar. However, there are some peculiarities. Some of the objects only move towards John Park when he’s still, such as when he sits down and there’s a couple seconds of lag before everything turns towards him. It makes for a cohesive movement, but it also doesn’t make sense. Another curiosity is whether or not the woman attracts as many objects as John Park does. In her own apartment, nothing seems to be tilting towards her. It’s unclear whether it’s because she specifically attracts John Park and all things related to him or because her apartment is immaculate. The amusing rolling movements on the wall by John Park also don’t quite match the movements of the woman on the stool, but that can slide for the entertainment value. 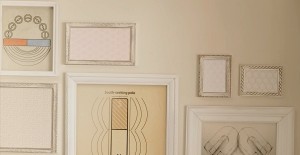 John Park, for the most part, is lacking in expressions. The blank look works for scenes like when he’s stuck to the door and the woman opens it, but for scenes like when he’s rolling on the wall, the look turns a little towards being terrified, which doesn’t fit the song lyrics at all. The woman does better for the most part, though her role as being ignorant of the force of attraction doesn’t require much. However, the ending scene is oddly abrupt, with the woman stopping for no apparent reason, and the awkwardness that follows is strangely blank. The woman just stares off while John Park turns back to his guitar. That just makes no sense. If the woman had perhaps stared at him with incredulity and John Parked had looked guilty or just showed some type of reaction to the situation, it would have been a good ending.

“Baby” isn’t as visually engaging or musically rewarding as “Falling” was, but it does provide a soothing, above-average song and music video. The concept was endearing and made for some entertaining scenes, but the acting didn’t quite sell it as well as it could have. The end impression left is that it’s a cute music video, but it’s not memorable for anything other than the concept.

Did John Park’s “Baby” have a strong enough attraction? Or is it lacking in charge? Leave a comment with your thoughts! 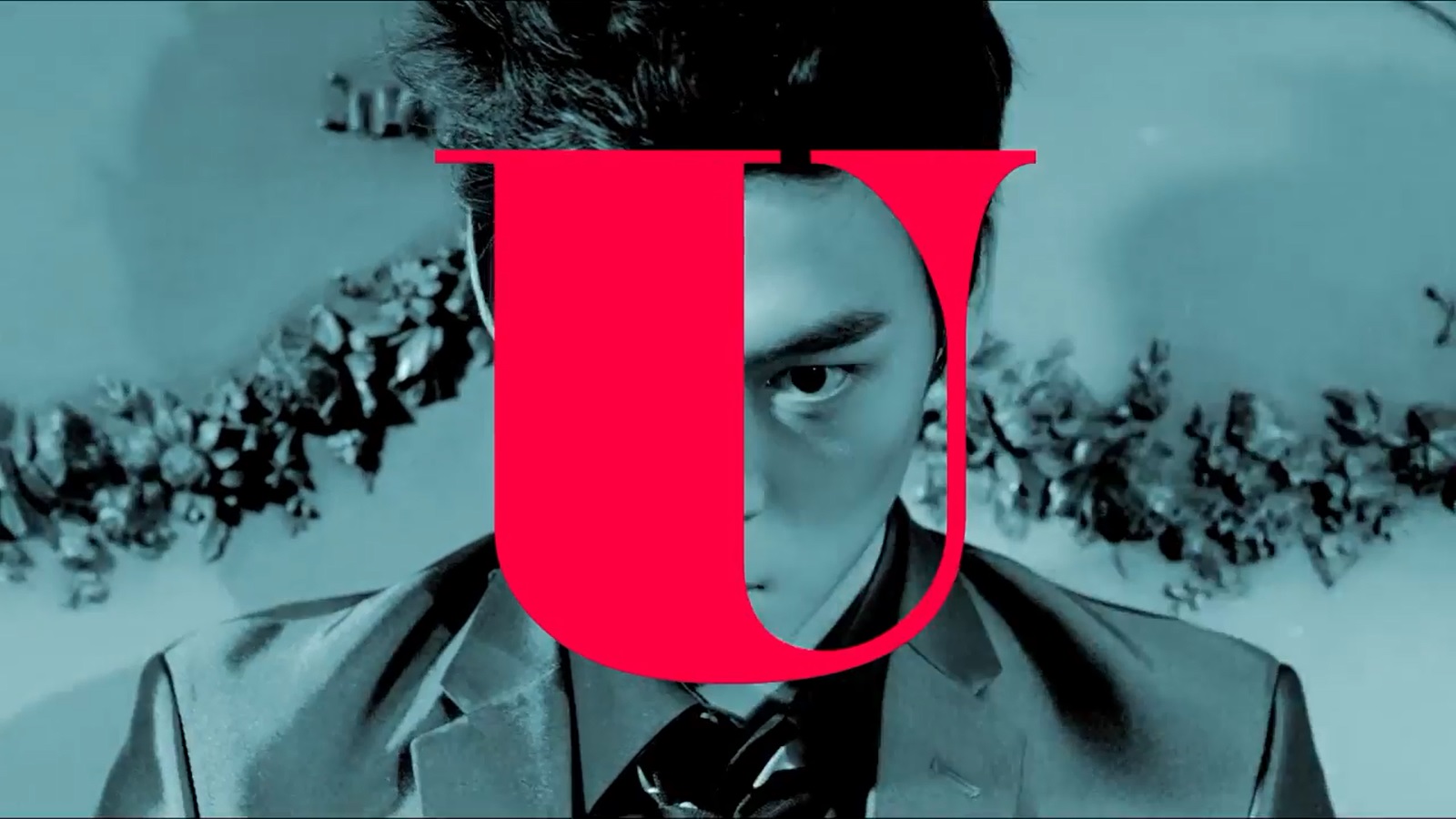