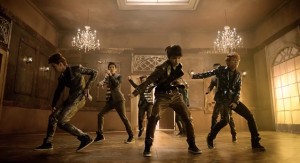 With or without the threat of an apocalypse, a few things in K-Pop are certain: Over the top fashion, synchronised stage moves and a mix of great and really dreadful songs.

If the first half of 2012 was good for girl groups and big names making a comeback, then the second half was definitely a more muted affair, where smaller names shone brighter, and where the greatest successes came from the most unexpected of places.

Here are a few picks of 2012’s best and worst songs, based on performance.

It was certainly good to be in a boy band in 2012, judging from most of your votes. According to you, your top 3 were Big Bang’s “Bad Boy” with 11% of the votes, followed by B1A4’s “Tried To Walk” with 8.3% and then Shinhwa’s “Venus” with 6.7%. These votes seemed to reflect some healthy trends in K-pop, whether for a anticipated comeback that met the mark both commercially and critically (Big Bang), a very well done musical evolution that showcased one’s abilities (B1A4), or even pleasure at seeing how true friends and veterans of K-Pop could still stay relevant after almost 15 years in business (Shinhwa).

Other songs that I liked, but were not really reflected in the rankings, included Infinite’s “The Chaser” for being good in a “more of the same” way, Beast’s “Beautiful Night” for being the smoothest (if slightly bland) radio friendly sound found in K-Pop, and Block B’s “Nilili Mambo” for how they insist on marching to the beat of their own drum. U-Kiss also deserved a mention for having such a fine R&B-inspired tune in “Stop Girl”, which was so sadly overlooked by the public at large.

Where guy groups really shone this year was in how fast their musical concepts improved and matured. Honourable mentions include Boyfriend’s “Janus” for ditching the pastel suits, BTOB’s “Wow” for helping the boys find a differentiating factor (and reigniting late ’90s American pop feels) in a sea of Me-too boy bands, and finally ZE:A, who, with “Phoenix,” managed to banish the ghosts of that hot mess known as “Mazeltov”.

Where rookies were concerned, B.A.P’s “No Mercy” took the cake for helping the boys establish a solid fanbase and a musical identity in double-quick time. While I did like EXO’s “History” and found their début album a pleasant listen, it really was just building blocks for a future musical foundation. More material please, SM.

I wished this year I could be just as positive about the girl groups; but unfortunately, it looked like, in some ways, musical regression amongst girl groups had taken place. KARA’s “Pandora” appeared to be in an uncomfortable place, between the need to mature and the need to retain the fans, such that the song always seemed to be paying lip service to the sexy and being a less catchy listen from the old stuff.

As for Sistar, while the songs were pleasant listens and a nice change from the Brave sound synths (“Alone“), there was the fear they would get stuck in the endless grind of try-hard sexy (see “Loving You“). And let’s not mention T-ara, who managed to snatch group feuding defeat from the mouth of victory, considering how well they owned the retro funk ear-worm territory.

Still, there were some high points in girl groups this year. SNSD-TTS’s “Twinkle” proved that SNSD could deliver some above average vocals, as well as show that the concept of delegating songs to abilities was a viable one, while label-mates f(x) solidified their electro-pop direction with “Electric Shock” proving that a little love goes a long way. 2NE1 also deserves an honourable mention for “I Love You”, which without any polish could have easily become a hot mess, but instead became a dance friendly mash-up of varied musical genres.

A special mention to Secret too, who have seemingly rocked varied concepts on stage and became the girl group from the little company that could.

As for the rookies, the best one would have to be Hello Venus’ “Venus:” proof that songs are best kept simple with wide appeal, and a little punch to make the whole thing convincing. A close runner-up would be SPICA; I loved the vocals in “Russian Roulette”, but not so much the relentless charge toward the mainstream with the later releases. EXID also deserves some column space, largely for the vocals in “Every Night,” though I still think they deserve better-differentiated material in the future.

If 2012 could be defined by one song, it would be PSY’s “Gangnam Style.” For all the accusations of it getting way overplayed by now, there are a few things that cannot be denied about it. It has helped K-Pop enter the mainstream, shown that breaking into the American market sometimes comes in the most unexpected forms (hear that, SM?) and above all, it made for a fun party tune.

BoA also did good this year with “Only One” and “The Shadow” which finally served as material befitting that of an industry senior.

Another group that impressed this year were the balladeers. From K.Will, to Lee Seung-gi, to some December in between, they served as fine alternatives to the usual dance-pop on television. Add to that better thought out music videos, and ballads showed greater evidence of thought in K-Pop.

And finally, singing competition stars also shone beyond the stage lights of prime time television. Worthy of my attention this year were John Park’s “Falling” (add to that a beautifully metaphorical video) and Lee Hi’s “1,2,3,4” (proof that runners up do get the last laugh near the end).

That’s not forgetting Busker Busker, who served up a compelling “Cherry Blossom Ending” blend of indie-pop, and Roh Ji-hoon, whose debut act was definitely not a “Punishment” to listen to.

And other miscellany I enjoyed:

While I might not have really liked Miryo’s solo album, this was one song I could listen to more than three times.

Younha’s Supersonic album was a cut above most releases of the year, and proved that commercialism and quality need not be mutually exclusive concepts.

This song was the soundtrack to my (and many others) as we laughed and (maybe cried) over the drama.

And those were my picks for 2012! How about yours?