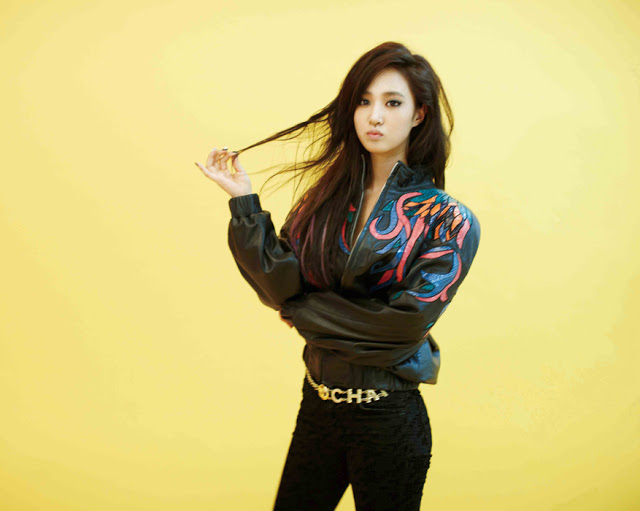 Okay, you got us–there wasn’t a poll on which femme fatale proved to be the baddest female of the first half of 2013, but the edgy, bad girl concept was a hot topic this first half the year and has had heads turning nonetheless. After a testosterone packed year, including the rookie tidal wave and numerous comebacks both ordinary and iconic, the spotlights have finally switched to light up K-pop’s home girls, and they are sassier than ever before.

For the Most Underwhelming Debut poll, instead of voting on actual rookie acts, you wanted us to talk primarily about “The Baddest Female,” but with the recent buzz being all about the ladies and even more of our fave unnies and noonas scheduled for summer returns, it may be worth a minute to extend it beyond just CL (who we have reviewed previously, here) and consider the predominant female concept stopping hearts across the fandom and check out who pulled through on the goods and who didn’t dazzle quite as much.

To begin, it may help to recall the last year in K-pop. The year 2012 kicked off with a rookie explosion and front runners across the board were more often than not males, such as EXO, B.A.P, NU’EST, and VIXX. More than that, legendary acts like Shinhwa returned to the stage and household names like Big Bang were all over the airwaves. In a world decorated in perfectly chiseled chocolate abs and hunky dream boat voices, the well kept princesses of K-pop no longer had a place and desperately needed a voice.

So naturally they came; long legged, Beyonce-hair flipping goddesses, but this time decked out in grillz, snapbacks, and fiery attitudes. But how else did they rise to the occasion? 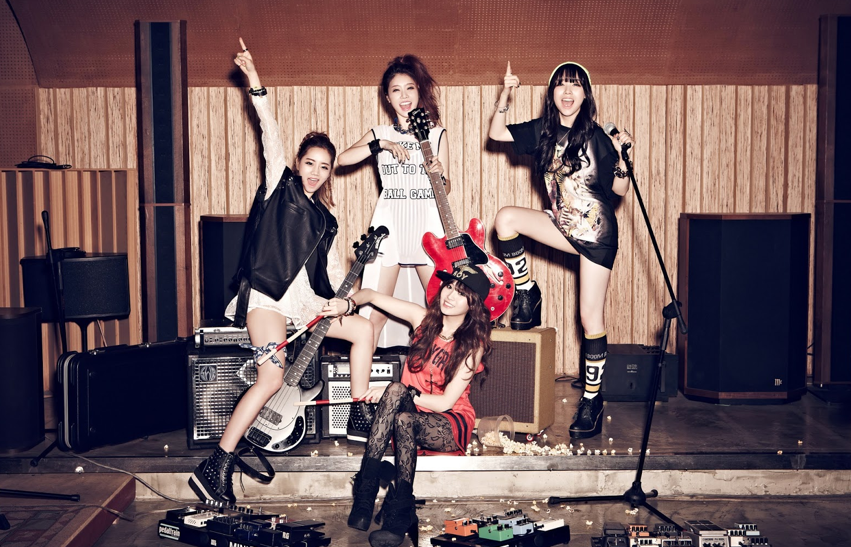 The edgy bad girl falling in love is no secret to the world of K-pop, and neither is her concept. 4Minute‘s “What’s Your Name” pretty much rejuvenated a similar image to the one they were repping back in the days of “Hot Issue” and “Muzik,” but this time their concept was centered around a more aggressive, eye-catching choreography and making sure to pack a punch into the lyrics. Lines like “What’s your name? How old are you? Where do you live? Let’s have a drink and talk What’s your name? How old are you?” help color the life of a girl who’s out to get stats and conquer the taboo of love. In the music video itself, the picture of the demure and adorable lover also falls to pieces as we see the 4Minute play up their bad girl image, take to the streets, and even fight off zombies.

But long story short, “What Is Your Name” still wasn’t an all around knockout bad girl number, despite the pep in its step and the fun approach. In fact, it undoubtedly played off the very similarly styled “I Got A Boy,” by your faves SNSD, who also put under their belt aggressive choreography. Choreo was perhaps the most exciting part to “IGAB,” particularly more so because SNSD’s choreography has often been very constrained and reserved in the attitude department. “IGAB” was a glimpse into a darker side to SNSD that the world was probably certain they would never see, and this I think was the main reason their comeback was so exciting (of course, aside from the fact that they bear the name SNSD).

But again, “IGAB” was stylistically similar to what has been done before, granted SM goes the extra mile in hair dye and accessories. The song lacked a bad girl centric story and the lyrics were just as fluffy as ever, so while the song itself was innovative, fun, and catchy, conceptually still only scraped the surface of bad girl by keeping it looped in the realm of predictability.

Towards the latter half of the midyear, the bad girls of K-pop began to morph out of the fitted mold of snapbacks and sneakers and neon extensions and move onto something a little more sexy and even more straightforward. Girls’ Day got people talking with their “Expectations” follow up titled “Female President”. Lyrically the song was charming: “We have a female president/ Why so serious? What’s the problem?/ If a girl kisses first, she gets arrested or what?” Visually it was sexy and aggressive (I mean the strip tease was quite a show). And the jingle? Catchy as hell. But when it comes to being a bad girl, it’s got to be about more than just the booty shaking. Nice try, kiddies. Here’s your honorary mention.

When CL went HAM in the paint or whatever it is she’s doing in this solo effort, nobody could exactly put their finger on what she was trying to do. In the wake of G-Dragon‘s “One of a Kind,” CL’s “Baddest Female” was nearly identical and didn’t front as much originality as I think everyone would’ve hoped it would. For a bad girl, CL’s is definitely my gal–curvy, up in your face, and a little on the wild side, but the GD copycat thing was a poor effort, both on her part and YG’s. “Baddest Female” was a song swinging in the right direction, but it was a little too all over the place to hit the nail exactly on the head.

It’s been a long time since Hyori came up to the mic, but suppose now couldn’t have been a better time. A lot of personal work went into the song writing and production of the Monochrome album, and even banging title tracks like “Going Crazy” and “Bad Girls” still ring true a real sense of creativity and class. If being a bad girl means anything, I also kind of thought it meant that it was girl who fought the system–pushed against the grain of the mantra ‘boys will be boys’ and puts the female identity in a place that is still feminine but forward thinking. So when Hyori crashed the scene with her title track trifecta, she took the unofficial title of baddest female (yeah, sorry CL).

I guess what made me think Hyori stole the whole show was her confidence both on screen and on stage with her persona. More than that even, she seemed artistically invested in the image she was trying to portray and was able to make the entire production her own, rather than being a face for a force fed concept. There was some real heart in this bad girl.

So what is a bad girl in K-pop? Or rather, what does your average K-idol need to unleash the bad girl inside her? With the shift in popular trends for female concept to something edgier and more fierce, it seems like everyone is trying their hand at being a ‘bad girl.’ The year, however, is only halfway through, and while we may have been able to discuss some front runners and even consider shortcomings, the book hasn’t closed just yet. We’ve told you who we think has it down, but now you tell us who has been your favorite baddest female of 2013?