Before you light the pitchforks aflame, let me just stop you right there and say, CL is my girl. CL is my hero. When it comes to 2NE1, this fangirl bleeds Blackjack blood, but I need to give it to you straight: this solo act ain’t flying.

CL’s solo track comes a prelude to 2NE1’s upcoming fourth anniversary album, and was originally set to drop after 2NE1 made a comeback this summer. Somewhere in the meantime of spring however, things were rearranged a little, and CL’s solo album now comes first as anticipation for all the 2NE1 fire to come. CL’s title number, “The Baddest Female,” seems aptly named. For years now this line has become her signature, functioning as a label she’s assigned to herself and also 2NE1, so the title came as little surprise. The “One of a Kind” rip off, on the other hand, was a little surprising.

The song is catchy as hell. I mean, it was weird and rather slow to me at first, but there’s a reason I’ve listened to it 79 times on repeat now and it’s because resident YG producer Teddy knows all too well how to make a song catchy. So I’ll just come out and say it–I like the song. I think it’s fun, I think it’s a banger, I think it’s edgy, and has just the right amount of my favorite kind of all-up-in-your-face attitude. It’s a good senseless song for driving or getting ready for the day. 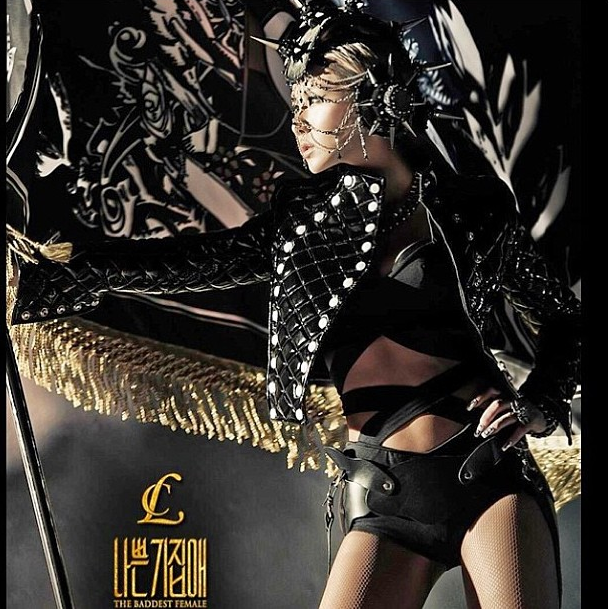 But let’s be real here–we all know what we heard in the whole first minute of this song, and that was fragments and riffs that echo none other that G-Dragon‘s “One of a Kind.” And I guess it wouldn’t be so bad if the entire MV didn’t also look almost exactly like the MV for “One of a Kind.” I mean the similarities are so uncanny I honestly believe it had to be on purpose. From the style to the dancers, even the amount of kids on set, “The Baddest Female” is a spitting image of “One of a Kind,” and I can’t for the life of me figure out who thought this would be a good idea.

I mean, it was weird the first time GD did it. It certainly turned heads, though I’m not sure if heads are turning for all the same reasons with “The Baddest Female.” Rather than picking up on CL going solo, it seems like anybody who’s everybody is caught up comparing it to “One of a Kind.”

Putting that aside for a moment, I would like to point out the pluses in this MV. The choreography, for instance, is smooth and sexy and CL delivers a good show of it. I love the hand thing and the “unnie” hook tying into it, as it really gives the song a femme fatale type of spin. CL’s got a knack for working the camera, and she goes the extra mile in flaunting that spunk to keep you entertained and captured by her charisma. Her wardrobe is also amazing (did you see that bod?), albeit the bits of crazy here and there, particularly more so in the last minute of the MV when the colors go exotic and neon. These few scenes at the end seemed more original, and CL herself looked more relaxed in an environment with more blended colors as opposed to rigid spaces cut out by harsher blacks and whites. 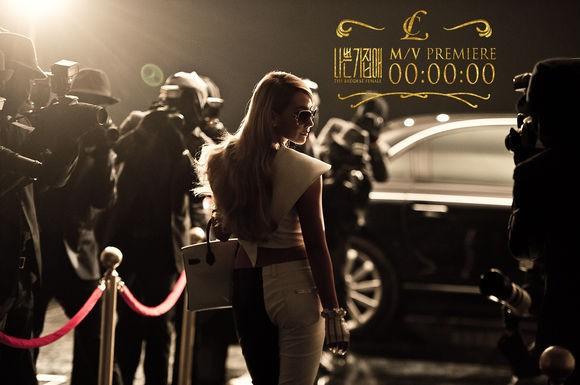 But while “The Baddest Female” is very quickly becoming my guilty pleasure summer anthem, the song itself doesn’t really do CL any justice to the skills she actually has, which of course is what I’m sure many of us were expecting with a solo debut. She’s got good flow and plenty of attitude, but she doesn’t rap much at all during the song. CL can also hold a solid note and sing a pretty tune, but she doesn’t show any of that here. She basically talks her way through three minutes and forty seconds of force fed YG over-swag. There are so many different scenes and lights and sets, it very quickly becomes hard to keep track of progression; it all comes together as a hodgepodge of body shots and grills. All in all, I know CL is talented, but this music video isn’t much but the unwanted step-child of “One of a Kind,” and fails to let CL shine in much other than the chains and the ice.

As for YB and GD’s appearances, I mean like, why did you even come guys. GD, you didn’t even put on pants for this.