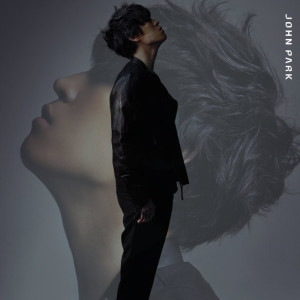 John Park takes his time. That much is clear. The Superstar K2 runner-up released his debut single in 2011 then waited until 2012 to drop his début mini-album Knock with single “Falling,” and little else has been heard from him since — quite strange in an industry with singers constantly churning out their next singles and mini-albums.

While there are exceptions, the more time artists put into their work, the better it often is. And John Park’s first full studio album is no exception. Serving as producer and writer on several of the tracks, John Park presents an album that is well-crafted and well-produced. With his deep soulful voice driving it, Inner Child solidifies his position as an artist who isn’t really pop, but somehow still is. It blurs the lines and in such a lovely way.

The album starts off on a high point with opening track “Imagine,” a song about a guy asking a girl to imagine them together, even if just for one night. With its somewhat suggestive undertone and the simple electronic beat and percussion, the track reminds me of Erykah Badu or John Legend. It’s definitely influenced by R&B, but it’s more vocally driven, as most neo soul and jazz fusion is. But the track also has a distinct K-pop edge to it with the use of layering electronic music, and the union between the two makes for a track that bolsters John Park’s already full voice without inundating it.

Thematically, the next track single “Baby” seems to be a continuation of “Imagine.” The song is a guy addressing a girl and telling her about how in love with her he is and how he wants to be with her. For being a single, it breaks out of the typical K-pop electronic category and is a great step out of the box.

Its use of heavy drums and guitar with just a touch of brass makes it an interesting mix of jazz and alternative rock. The guitar solo is reminiscent of John Mayer — no surprise as he is one of John Park’s favorite artists, evident in his choice to cover “Gravity” several times. It makes for a sweet track and a wonderful listen musically and vocally, and the music video plays off that with its cute concept of attraction through magnetic attraction.

We slow down into a more easy listening sound with “Eraser.” Despite its light sound, the track is rather bittersweet as it is about erasing the past of a relationship and moving on as memories fade. The sweet piano throughout plays up the lightness of the track, which pairs well with the concept of memory fading and getting past sadness. The vocalization toward the end of the track is lovely but unfortunately short since the song fades quickly to an end right then.

One of my favorite tracks on the album, “Again” reminds me of summer rain. The combination of electronic music, electric guitar and progressive piano chords has the lightness of summer but still has that falling feeling of rain. It’s a strange feeling, but the song is strange, though obviously in a good way. It works perfectly with the song’s lyrics which are regretful but positive and asking for forgiveness. And Bizzy‘s rap fits in so seamlessly, a rare occurrence in many K-pop songs. It makes for a different but clean and catchy song.

With its subdued organ opening, “Too Late” goes in another direction, that of gospel-influenced R&B and soul. It makes for a beautiful but heartwrenching ballad as Park wails “I’ll miss you there.” There is a touch of haziness in the mesmerizing guitar that matches well with the metaphoric language of the lyrics, making this another highlight on the album. 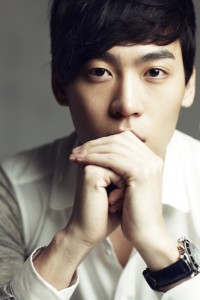 Immediately following is “Right Here,” a lyrically more straightforward track. It hints at maturity as it is about not wanting to deal with the games of a relationship. With its fusion of soul and rock, this song also reminds me a lot of John Mayer because it is so guitar-driven, but it has a funky, almost whimsical sound to it that makes it different.

Released as a single back in October last year in conjunction with film A Werewolf Boy (starring Song Joong-ki and Park Bo-young), “Childlike” is a more typical sounding ballad. The piano-centered track is a realization of how easy it is to fall in love and naively forget the difficulties that often come along with it.

The song as a whole sounds perfect for a soundtrack so its release makes sense — the music video was even made from scenes of the movie. It’s a lovely track on its own but sounds rather ordinary compared to the rest of the songs on the album.

“Where,” another ballad, has a quiet solemnity to it. A sole acoustic guitar curls around Park’s voice as he asks whether there was any love in his last relationship. A piano creeps in toward the end, but the focus is on Park and the tenderness in his voice. There’s a sad curiosity evident in his singing, and it just gives me chills.

Going into full-fledged jazz mode, “Stop” has such a great bluesy sound to it, especially with the piano. The track is about a couple that has just broken up, and Park sings that he is hurt and wants her to stop making excuses. It’s another very John Mayer-esque track and another one of my favorites off the album.

The last track “To You and Me” is a sweet outro, another change from most K-pop which tends to favor intros. The short piano track pushes soul to the forefront as Park caresses the listener’s ear with his voice. It really encompasses the album’s style, ending on a high note.

Technically, that’s where the album ends, but Park added the bonus song “Sipping My Life,” a completely English track about drinking his problems away. Parks sings in a higher register for most of the song, but it fits in perfectly with the sound of the rest of the album, making for a light finale.

One of the best things about John Park is his versatility in styles. He brings them together in this album — jazz, soul, alternative, blues, rock, pop, R&B. And it is all held together by his voice, an instrument over which he has such great control in technique and emotion.

Inner Child gets better with each listen. I’ve listened to it so much that if this were any other album, I would be sick of it by now. Instead, it brings me back to my days before K-pop, which I’ll admit I often look at as candy (I know it’s bad for me, but it tastes so good in the moment). John Park’s album, though, feels new and old at the same time, a sign of quality music. After all, isn’t the best music cited as good because we can hear it over and over again and it never gets old? It’s timeless, just as Inner Child is.