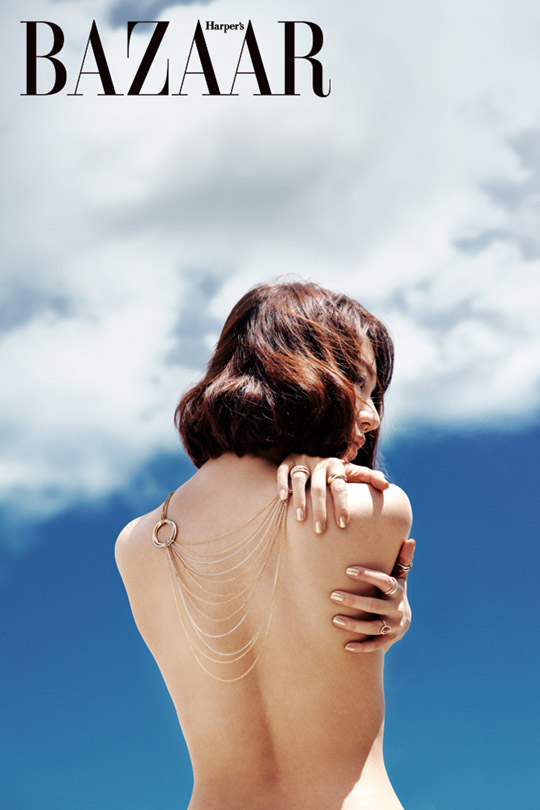 This week in idol and music related news, we shared our recent musings on JYP Entertainment, Hello Venus, Geeks, 2PM, Hyori, B1A4, Roy Kim, Juniel, No Brain, and a trio of it-making duos,

For fashion and tv topics, we covered the best of last week’s music shows, behind-the-scenes videos of fashion shoots, as well as the question of underwear as outerwear.

As for socio-cultural topics, we took at look at Tiffany’s pitch for the LA Dodgers, stage names, idols leaving for college, and PSY (possibly) having trolled Green Day’s frontman.

Here are three of our readers’ comments that caught my eye from articles this week:

Why should it not trend? Indecency is not the same as being overt — or at least not on the same level.

Hyuna‘s outfit is really the only one that made me raise an eyebrow, but not because of the amount of skin it shows (short shorts show off just as much skin and they are as much a staple of Kpop as synchronized dancing). Mostly it was because, frankly, mesh over shorts just looks tacky. I’m just keeping it real.

The rest of it goes back to showing off what you have — men do it, so why not women?

Muscles take a lot of work to cultivate. They take time to sculpt and nurture. After putting in so much effort for your body, it is only natural to want to show it off. I will admit that I wore my share of muscle t-shirts in my day (plus the douchebag sleeveless shirts that make me cringe in retrospect). I worked damn hard for my forearms, biceps and triceps and f*ck all I wanted to show them off. I don’t care if that’s vain, it’s also honest. 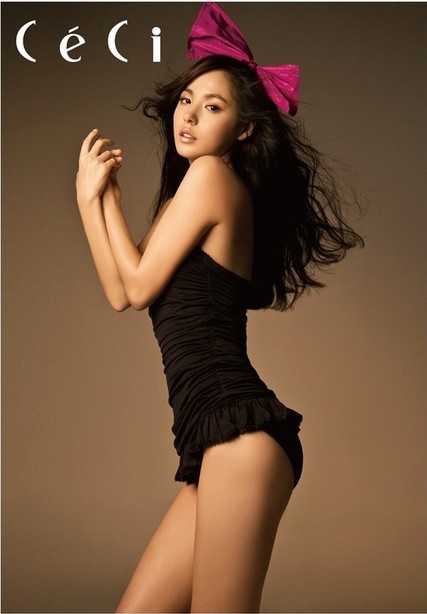 Kpop idols put their bodies through the ringer (even to unhealthy levels) in order to get the desired physical traits that their culture praises. With so much time invested in their physique, it is only natural that they would want to display it more than the average person. They are also very often stifled in any other creative aspect, so fashion might be one of the few outlets they are allowed to express their creativity. It also doesn’t hurt that so many of the artists they, themselves, idolize wear similar clothing in their performances. Put all that in a soup pot, add salt and you have “risque” looks in Kpop.

I put the word risque in quotations, because if you really take the time to look at those outfits they are pretty tame. Hyuna’s getup looks tacky to me, but really it is just a pair of ordinary short shorts with mesh over them. CL‘s bra is no different than a bikini top. Bom‘s outfit is pair of normal short shorts with garter-belt-esque leggings on. It’s an illusion, at best — a facade. The amount of skin they show is negligible when compared with Kpop as a whole.

It is the implication, the usage of something typically meant to be private (boudoir attire) worn publicly. That doesn’t come across as wrong to me — it just tends to look trashy. There is a reason why that attire tends to stay in the bedroom. It is purposely used as a bedroom enticement. You know it’s sexy, she knows it’s sexy and so begins the most intimate aspect of a relationship. It is typically meant to be a private thing between couples — when used as a fashion statement, it comes across too garish, honestly.

Unless it is used as a form of protest; that, however, is for a different discussion. 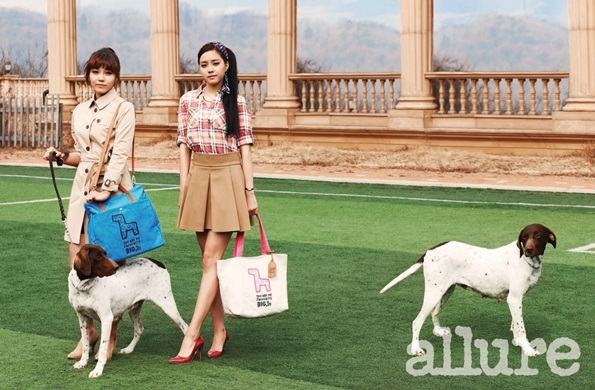 whoa1205 on Roundtable: What’s Up With Stage Names?:

There’s also a belief in Korea that your name determines your future and brings good/bad luck to the holder. In some cases, names are changed by the parents after birth (APinkEunji was born a Hyerim, but the change has nothing to do with WG Lim) or to change the “future” (which is why I suspect 2pm Junsu became a Minjun after his father’s death).

I don’t actually know if this is the case for stage names though. I suspect some are to avoid confusion with other artists, while others are just cause the CEO feels like it.

But I do feel sorry for all some idols with the same name as more popular ones, lol
Eunji (APink) >> Eunji (9 Muses), Eunji (whatever that new tomboy group is)
Hyuna (4min) >> Hyuna (9 Muses), Hyuna (Urban Zakapa) 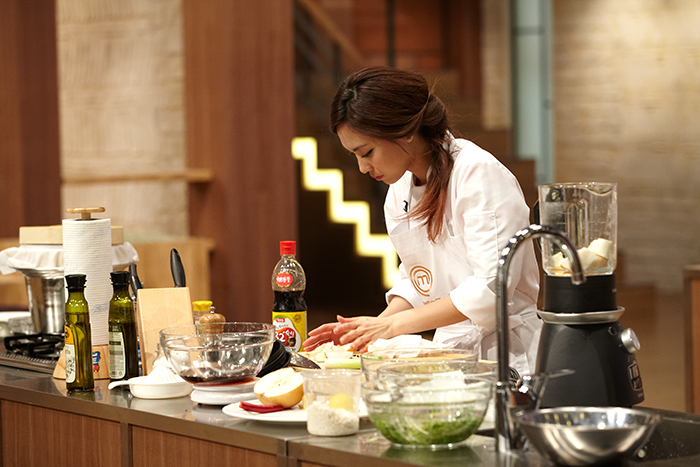 happy_slip on JYP Entertainment: Losing Its Touch or Getting Back into Focus?:

To be honest I’m not yet at the point where I’m totally worried for JYPE. YGE and SME had “big” years recently but that doesn’t mean that JYPE already lost their touch. And if someone would again point out that “smaller” companies like CUBE are catching up to them I would totally disagree. I don’t think so. 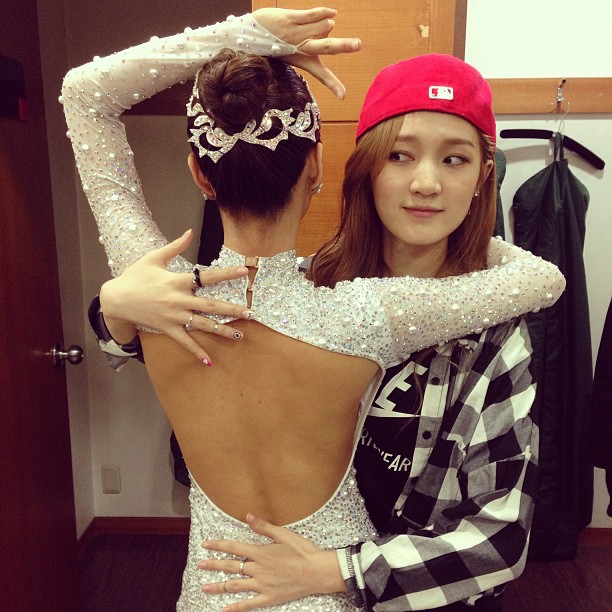 I think some people are just feeling like JYPE isn’t doing anything because the company didn’t have PSY or Lee Hi‘s levels of explosiveness recently, or that they don’t have multiple acts embarking on to different markets outside Korea (see SME and their “world/asia tours/promotions”). Or maybe people just worry about the WGs too much that they forget how 2PM was able to have solid promotions in Japan and is now preparing for a big Korean comeback, how 15& is doing quite fine for a rookie, how popular and busy Suzy is lately and how they were now able to give the other miss A members opportunities outside music too. San E left recently, but hey, it happens to every company out there.

Other than JYPE making sure that the rest of their roster get solid promotions, some people should just frankly, stop thinking that the company is close to its end now that Sunye is starting a family. It’s not. The WGs might have been JYPE’s biggest cashcow in recent years, but that doesn’t mean their world literally revolved around them.

Thanks for being the awesome readers that you are! As always, feel free to leave additional comments below.