JYP Entertainment: Losing Its Touch or Getting Back into Focus? 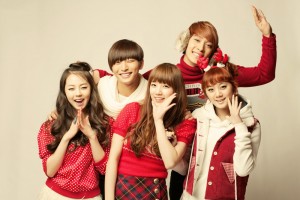 JYP Entertainment differs from SM Entertainment and YG Entertainment in that the company name isn’t one of the first things that comes to mind when considering the idol groups. Very often SME groups are first seen as products of SME’s training with polished images; YGE groups are the artists and oh-so-creative. But what are JYPE groups? There isn’t an umbrella that’s easy to fit over all the artists–at least, aside from the JYP whisper–and because of that, the groups in many ways are able to create a sense of identity that appears more regular yet still is wildly appealing. They’re also the one out of the Big Three to spread out their talents among subsidiaries, using AQ Entertainment and Big Hit Entertainment in odd ways to house some artists in their entirety but others only partially. But despite these positives, JYPE nonetheless seems to fall behind the other two companies, not creating the “quality” that the others sometimes make.

This year seems to be an odd one for the company. The liquidation of JYP Creative, JYP Entertainment’s subsidiary in the United States, doesn’t come as a surprise. The subsidiary was created in November of 2011 to aid potential US ventures, just around the time the Wonder Girls made their Korean comeback with Wonder World. And a year after, in the same month as leader Sunye‘s announcement of marriage, the subsidiary was liquidated, perhaps a bit late as the company had already suffered more than $1.5 million in losses. JYP’s restaurant, Kristalbelli, however, remains standing, though business hasn’t exactly been booming. 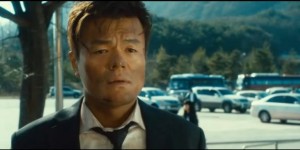 In other news for JYP just in this year, he’s been hit with fines for the song “Someday” off of the Dream High OST. The court deemed he plagiarized the song from Kim Shin-il. Also, though peripheral and regarding the past, Rain and two of his associates are being sued for embezzlement through a re-investigation of the same case from 2010 regarding J.Tune Creative, Rain’s attempt at a fashion company. The month that J.Tune Entertainment–Rain’s enterprise–merged with JYP Entertainment was the same as that in which the verdict found Rain not guilty of any crimes. The case was reopened by the court in 2011, and this lawsuit followed. While not directly related to the dealings of JYPE as J.Tune was separate during the time of the incident in question, J.Tune still manages Rain, and since J.Tune is now under JYPE, it logically follows that JYPE will have to have at least some part in dealing with this case.

With respect to the Wonder Girls, at Seoulbeats, we’ve already discussed what a poor decision it was to take the Wonder Girls at the peak of their popularity and just move them over the US. We’ve discussed how because of that, the Wonder Girls and JYPE may not ever recover to the stellar status of before because times have been changing. It seems JYP has lost his hold on the Korean market before ever quite grasping the American one. The plan theoretically seemed stable, with the slow integration into a teen audience, moving to be a more recognized act through appearances on television shows. But as I’m sure we all know, not all things work out the way we plan them to. The closing down of JYP Creative seems like an end to rigorous US promotions, or at least the end of the tactic taken with the Wonder Girls, and for good reason considering the group’s current state. 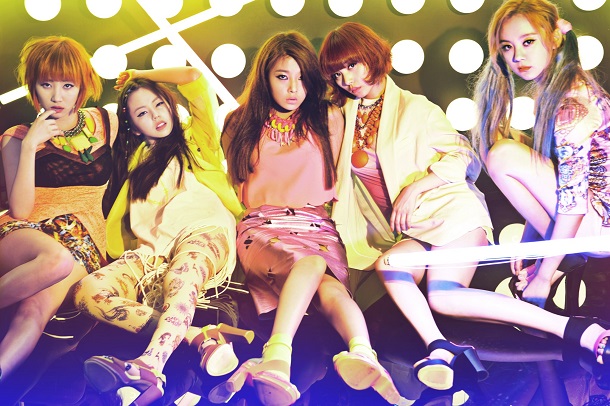 The current news with Wonder Girls has only grown from a break based on Sunye’s marriage to a bigger situation as Sunye revealed her pregnancy. Of course, a baby is beautiful news, but it does lead to the question of if the Wonder Girls will ever release anything again as five. A potential option is to release an album without promotions in South Korea, or even an English album in the United States that wouldn’t require rigorous promotions. Both JYPE and family members close to Sunye shared plans for comebacks more than a year from now, but those are most definitely subject to change once the baby is actually born. There is no successful precedent for a idol group member returning to idol group promotions after having a baby. There’s isn’t one for a member getting married while still an active group either. Sunye’s future actions and reactions could change how dating and marriage for idols are viewed.

It seems a pity that it’ll be quite a while before the Wonder Girls even consider a true, idol comeback, but that isn’t necessarily a bad thing. The entertainment industry has evolved to become crazier and more competitive than before. It’s not enough to be a strong senior in the industry. There need to be more difficult routines, more impressive vocals, more charismatic characters in variety, and a catchier hook to draw fans in. And while the Wonder Girls are talented in their own right, I can’t see them conforming to the necessities of today’s girl groups. If anything, Sunye’s news allows for a break for the members to establish themselves as strong individuals in the entertainment industry, to gain positions that will benefit them in the long run more than “idol member” will. Lim hosts an radio show that teaches English. Ye-eun has a musical and her own music projects. Yubin has been in the drama, Virus, and has other artists wanting to work with her. Sohee will always be called on for photoshoots. Each one can take this time to further develop what they have or find something lasting to work on. 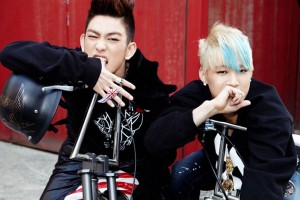 Something that might even explain a bit more of JYPE’s open acceptance of Sunye’s situation, aside from how dear Sunye is for the company, is that the Wonder Girls aren’t at the top anymore. The company is one of the Big Three, but always seems to be third out of the lot, not as attention-grabbing or full of popular star-power as SM Entertainment nor as individualized and unique as YG Entertainment. Regardless of this position, they have managed to bring up sets of stars that nab music show awards whenever they come back and are a force to be reckoned with on the variety circuit. But with Big Bang moving into individual promotions, 2NE1 still not making a comeback, and SME’s bizarre scheduling, JYPE has managed to silently move their stars into fairly decent positions, getting them spots in dramas, variety shows, tours, more than adequate comeback songs, and for goodness sake, actually having them make comebacks regularly (aside from JJ Project, who are stick lacking their first comeback).

Perhaps a test to make or break JYPE’s position or ability to move forward without an active Wonder Girls, that many believe is waning, will come in the form of 2PM‘s impending comeback. Promoting in Japan for over a year can have its consequences, and a solo album from Wooyoung was nowhere near sufficient to fill the hole left by the six members. The results of a comeback from JYPE’s representative male group, and perhaps a later one from miss A, with solid impact and quality, could lift perceptions of the company.

What do you guys think of JYP Entertainment, especially after the start of what seems to be a Wonder Girls hiatus? With their absence, it seems the girl group presence falls to miss A, although they’re managed by AQ Entertainment. Do you think miss A has the all-around package to be that girl group on top and even make it internationally where the Wonder Girls didn’t? Leave comments with your thoughts!