JYP Creative Closes And The Business Behind It 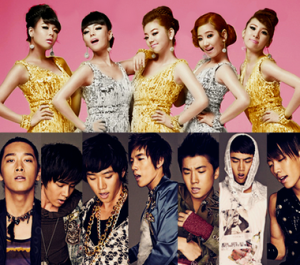 A few days ago, JYP Entertainment announced that they closed down a business division in the US, on the grounds of profitability. While JYP Creative‘s closure does not signal the end of JYP Entertainment (many other entertainment companies drop unprofitable acts/entities to stay fighting fit) or the complete end of their American operations (after all, the Korean BBQ restaurant is still open!), it raises many questions about the viability of K-Pop in the US and how well JYP Entertainment is doing as a business entity.

We might be beating a dead horse now, but it’s an open secret the Wonder Girls never really worked out in the US. Apart from that one song which got everybody finger-pointing for a while, nothing much has happened since then (aside from that collaboration with Akon, which was everything right and wrong about K-pop trying to break into the US Market).

While “Like Money” was a slickly produced track with a reasonably used guest star, the problem was that the whole thing sounded too much like a standard Western pop tune. So what we got was a song that spared K-pop listeners blushes, but not much of a selling point to anybody new to K-pop. To them, it was just another pop song sung by Asian artists with reasonable English.

Even when the selling points were nailed, there were always various factors that conspired to undo all the good work. That Nickelodeon tie-up was a good idea. After all, the Wonder Girls have never purported to be the most profound of art forms. Tweens make for less discerning music consumers, and Nickelodeon has enough marketing reach to bring the Wonder Girls to mainstream audiences. Except that the end result was simply so underwhelming in execution that all the good ideas did not really matter.

Another nail in the US exploits coffin would be how JYP Entertainment had no other acts in their roster lined up for US debuts, whether intentionally or otherwise. So that meant for the past few years, JYP Creative served as a rather expensive base for artists to either train in the US for an extended period (like miss A’s Min) or an extended consultancy for Park Jin-young’s 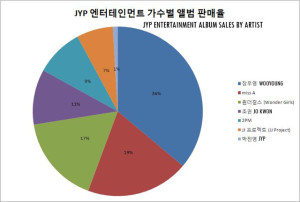 production work in the US.

The final factor would have been that the JYP arm in Korea could no longer really sustain an expensive and not too successful operation, given that sales of JYP acts have been flagging, or that a major act (ahem, 2PM) did not made a comeback in 2012, denying JYP Entertainment some all too important cash flow. It said quite a lot about JYP’s 2012 financial year when Wooyoung became one of JYP’s bigger sellers, despite only doing average when compared with most other artists.

While all of these factors might seem like over-reading into the closure, given that JYP Entertainment has said that all promotions would carry out as per normal, and that most of us would kindly view this as just a downscaling of overseas operations that was not too successful anyway; at the same time, such big news also raises questions about K-pop’s attempts to conquer the US Market through planned means, as well as JYP Entertainment’s financial health to some extent.

Readers, your take on this?