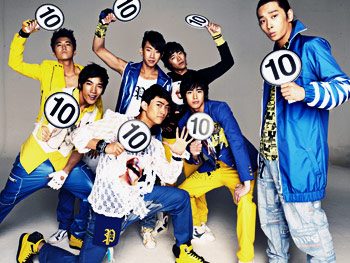 2PM, JYPE’s resident six member boy group, has recently announced they will be making a beastly return to the K-pop circle. It’s been almost two years since 2PM revved up the scene with their second studio album Hands Up, when boys seemed certain to stand at the helm of the game in the midst of a new era K-pop.

Since the summer of 2011, however, JYP had other plans in store of 2PM and took the boys overseas to Japan, where 2PM has locked down a solid presence with a refreshing understanding of the language and music culture as well as plenty of original Japanese content. For those of you who may be new or recent additions to the K-pop fandom, and regard 2PM as a mainly foreign presence in your mind, allow me to explain why Hottests — the collective 2PM fandom — have been waiting to hear that great iconic harbinger of return: “What time is it now?”

At their début in 2008 with “10 Points out of 10,” 2PM stood seven members strong, the b-boy and rapper Jay Park (also known as Park Jaebeom) led this ferocious pack of idols who entered the scene with an acrobatic and a mature bad boy concept. They would eventually rise to the peaks of fame with the title track “Again and Again” from the 2:00PM Time for Change mini album later in April in 2009, when their careers really began to take off. 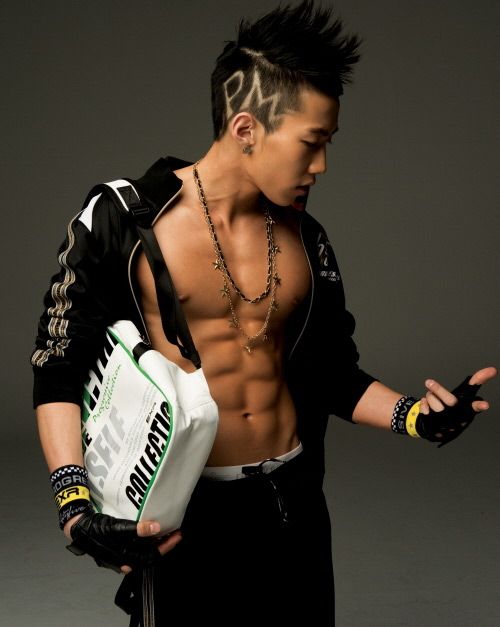 Unlike many of their counterparts during that time, 2PM was a group of individuals unafraid of their raw and humorous characters both on and off camera, and won over the hearts of fans everywhere with not only their edgy discography but also their honest image. In an age jammed packed with flawless pretty boys and flowery, endearing concepts, 2PM stormed the scene with an aggressive angle and innovative style that turned heads.I would even dare say they were the first of their kind in the new generation of K-pop.

But when controversy hit, it hit hard. In September 2009, leader Park Jaebeom was forced to leave the group after netizens over-sensationalized an old MySpace post venting Jaebeom’s frustrations and dislike for Korea at the time.

In retrospective, these kinds of sentiment became more understandable, given that Jaebeom was born and raised in Seattle, Washington and worked the underground b-boy scene before flying to train and live in Korea in his late teens and early twenties. However, at the time, the controversy sparked an overwhelming degree of hate that even culminated into death petitions asking for the leader’s head, leaving Jaebeom to walk away from 2PM and the music scene for some time.

2PM would eventually go on to release their first album 01:59PM, where the idea of  “waiting for the final minute” as well as the album as a whole echoed this huge change in the 2PM dynamic. It was also a major marker in the overall change in 2PM’s style — their choreography no longer boasted of intense acrobatics and their concepts sobered up greatly, as seen with the Still 02:00PM EP and the Don’t Stop, Can’t Stop single album. 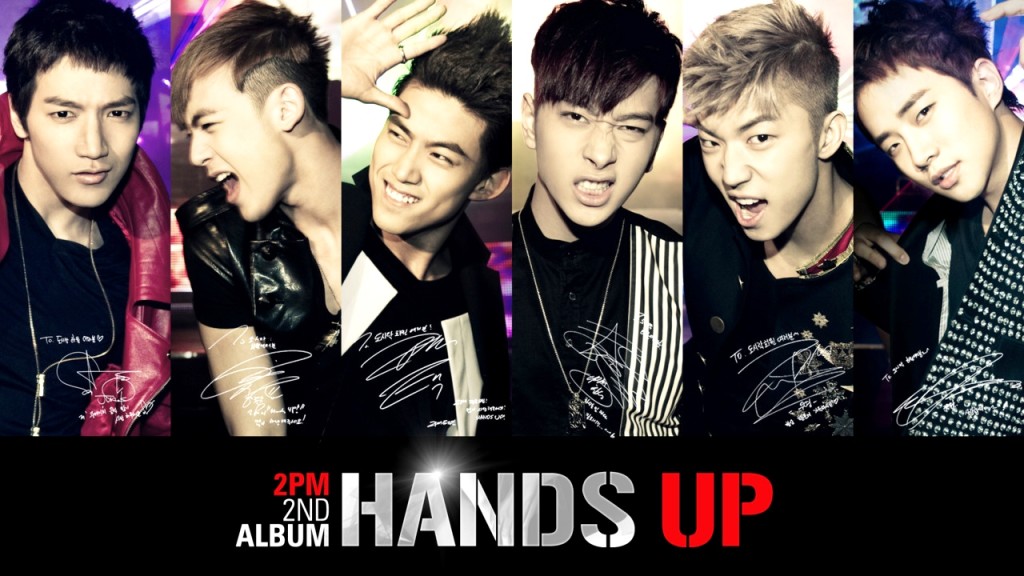 Which was exactly why when “Hands Up,” the up-beat club banger dropped in 2011, many Hottests — including myself — felt they were finally going to be greeted by the old 2PM they knew to be vivacious and brimming with energy. However, shortly after their “Hands Up” promo cycle, 2PM left to take Japan by storm. They released six original Japanese songs, (“Take Off,” “I’m Your Man,” “Ultra Lover,” “Beautiful,” “One Day,” and “Masquerade”), two Japanese music tours,  an Asia tour, and then finally capping off with the Six Beautiful Days tour once again in Japan. This of course left many Korean Hottests and fans of their Korean material in a standstill, supporting their boys but nevertheless growing impatient with 2PM’s dwindling presence in Korea, particularly as the scene continued to expand.

In the meanwhile, a lot has been going on.

In October 2011, Jun.K or Minjun (formerly Junsu) released his solo, self-composed and produce track “Alive.” In July 2012, Wooyoung would release a solo album 23, Male, Single and go into a short promo cycle for his title song “Sexy Lady.” 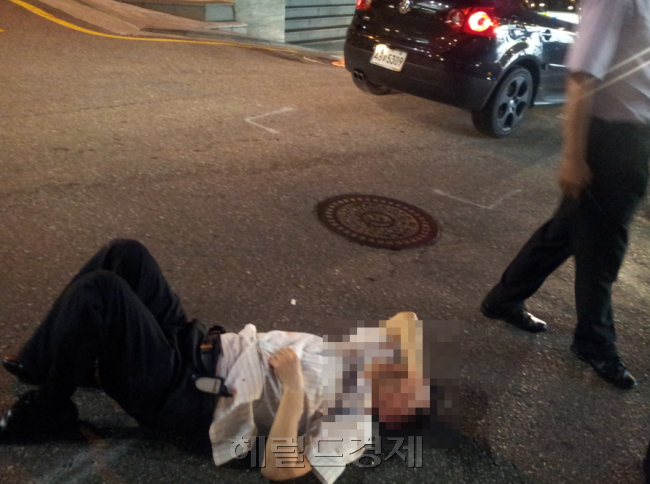 Also in July 2012, 2PM’s “Thai prince” Nichkhun was involved in and booked for a DUI accident in which a motorcyclist was severely injured. The accident put a damper on Fall 2012 comeback rumors, as Khun was forced to take temporary hiatus and sit out promotional activities until only recently during the 2013 Legend of 2PM Japanese arena tour concerts.

All the events leading up until now, though, have created an enormous amount of anticipation for the formal 2PM Korean comeback, and for good reason too. It’s been far too long since 2PM has stood before their Korean music fans on a stage in the circuit, has competed against potent rivals in the game. This is an exciting moment for long time fans, and even new ones, because it’s been all too long since they last received 2PM in good graces. But perhaps more than the excitement over a long awaited return is the comeback itself.

The K-pop scene is not what it used to be one year ago, let alone two or three. Advances in style and sound seem to happen every day, and 2PM has a lot of ground to cover and exceed if they plan to once again trek to the top of the charts in the same capacity they used to. With spring already stocked with debuts and comebacks — not to mention the greatly coveted EXO comeback — 2PM is returning to Korea to greet a whole new battlefield.  This comeback will mark a huge turning point in their careers: will they be able to once again stand at the top, or will they pale in comparison to the vibrant acts also fighting for the spotlight? 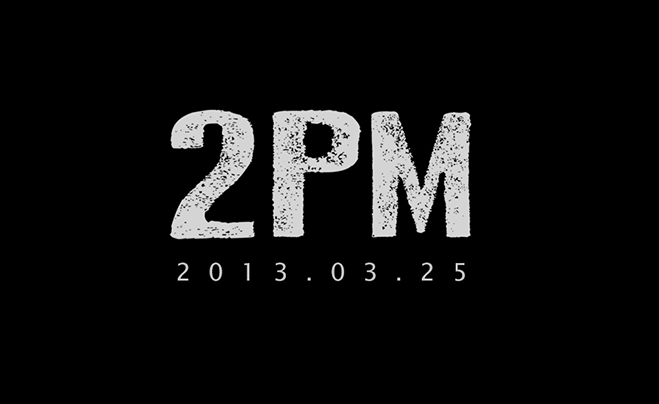 The 2PM comeback teaser trailer dropped yesterday; check it out below!

I, for one, am ridiculously excited for this comeback. In my personal opinion, despite 2PM’s enormous success overseas, I can’t help but admit that I’ve missed my boys in K-pop. It is with my sincerest hopes that I wish them well, and hope they crush the competition the way they always have with their unique style. All they have to do is channel their roots to put the scene into an uproar, because the ingenuity behind their more original concepts is what brought them to significance in the first place. But then again, it will be absolutely necessary for them adapt to the scene for what it has become in order to be relevant. It’s a daunting, delicate task — simple, but perhaps more difficult to execute given the state of the K-pop fandom at present and all the new material and style made available to them. But all speculation aside, the only question left to ask now is will 2PM rise to the task of reviving their heartbeat, or will they flat line?