For Your Viewing Pleasure: Moving Pictures 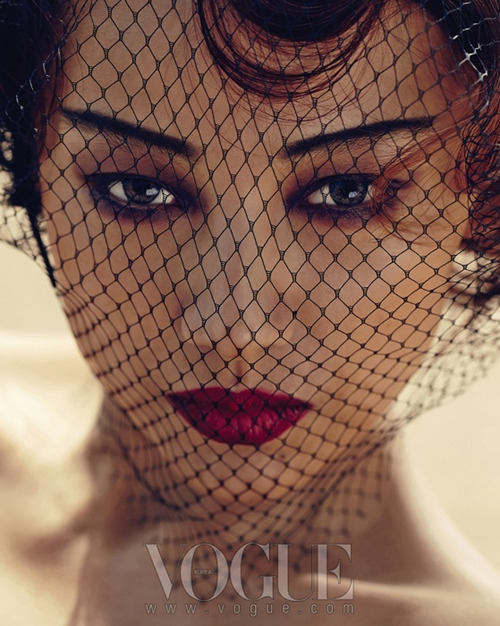 Welcome back to For Your Viewing Pleasure, where we take the time out of the week to share with our readers some of the best and most recent photos tied to the K-pop landscape.

For this week’s edition of this segment, let’s move beyond the print medium for a moment and look at the ways in which fashion magazines have embraced the digital era.

Magazines these days not only have a website through which they share content, but also multimedia versions of their work. Whether it be behind-the-scenes videos of shoots, exclusive interviews, or interactive mobile apps, the industry seems well-aware of the benefits of reaching out to consumers using digital means.

Let’s take a look at some of my favorite videos of fashion magazine shoots so far this year:

First off, we have Lee Hyori‘s “Show Girl” circus-themed shoot for Vogue Korea‘s May issue. The song playing in the background is a cover of German band Monrose‘s “No No No,” rumored to be a track on her upcoming album. Her agency B2M Entertainment has explicitly tweeted that they have legally obtained permission to cover the song, in response to concerns over a potential repeat of her plagiarism controversy.

Suzy looks resplendent in white for her behind-the-scenes in the April issue of CeCi:

Model-turned-actor Kim Woo-bin goes back to modelling for the March issue of CeCi:

The boys of CN Blue are handsomely suave for the January issue of CeCi:

SM Entertainment teamed up with store chain 10 Corso Como last month for the April issue of W Korea, in a 40-page spread featuring SHINee, f(x), Super Junior, SNSD, and TVXQ. The commercial partnership also resulted in a compilation album of remixed songs from all these artists, which were used as the back-tracks of the behind-the-scenes “Image Films” for the shoots.

Here is Onew endearingly swinging a bat to the SHINee x Glenn Check remix of “Hello”:

And Donghae being swoon-worthy to the Super Junior x Jinbo remix of “Sexy, Free & Single”:

As well as Taeyeon digitally synced to the SNSD x DJ Soulscape remix of “Trick”:

Here is Dara being interviewed on set for her “Say My Name” shoot for the March issue of Elle:

Actress Han Hyo-joo poses in front of a set of roses for the March issue of Vogue Girl:

The behind-the-scenes of Ga-in sporting Puma for the April issue Vogue Girl:

Yoochun‘s “Making Film” for his shoot in the April issue of Singles is full of suspense:

The Pledis Family throws a “Fabulous Party” in the February issue of Cosmopolitan:

High Cut embraces the digital medium for the iPad version of their magazine, incorporating cinemagraphs (moving photographs — like in Harry Potter!) into their magazine app. Here is Victoria & SHINee on the front cover of their 100th volume (BTS here).

And here’s a glimpse at the iPad edition of Yoon Eun-hye‘s shoot (my fav!) for High Cut Vol. 96:

That’s all for this week! Hope you enjoyed the selection of moving eye-candy! Any favorites?