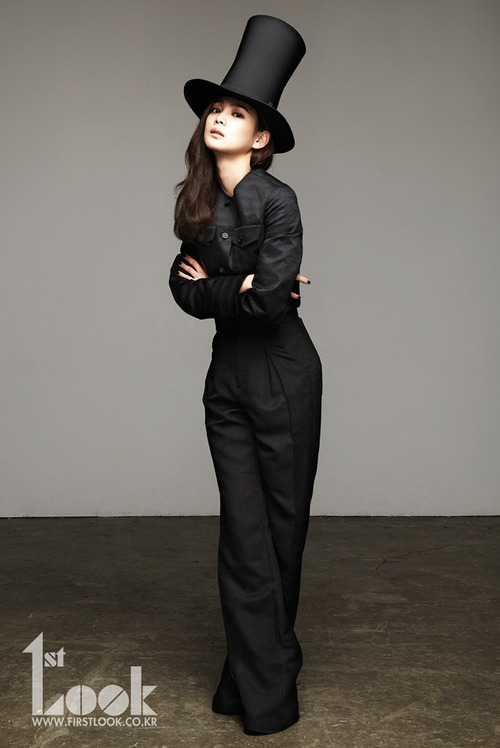 This week in idol and music related news, we talked about KAFKA, So Ji-sub‘s collaboration with Mnet, Kan Jong-wook, choosing K-pop biases, and the idol band.

As for socio-cultural happenings, our writers took a closer look at an idol’s freedom of Internet speech, K-pop as a music genre, love rage, AKB48‘s Minegishi Minami and her shaved head apology, and Sistar‘s So-yu and the ‘Iljin’ expression.

We also had an extra-special Chat Box this week featuring our very own Amy who had the opportunity to hold an interview with choreographer Aimee Lee Lucas.

Here are three comments that caught my eye this week:

a_liking on K-pop’s Not All Gold and Diamonds, Boy:

if we’re talking economics :) in the short run “perfect competition” world, firms (the entertainment agencies) will enter the market (for kpop) and produce goods (kpop idol groups & songs) as long as there is a profit to be made. eventually, there will be so many firms that there will be no more profit — then no new firms will enter and you reach a “long run equilibrium”. theoretically this is good for the consumer because more firms = less market power = more competition = lower prices and more innovation. … but we all know the real world doesn’t always work like theory :) 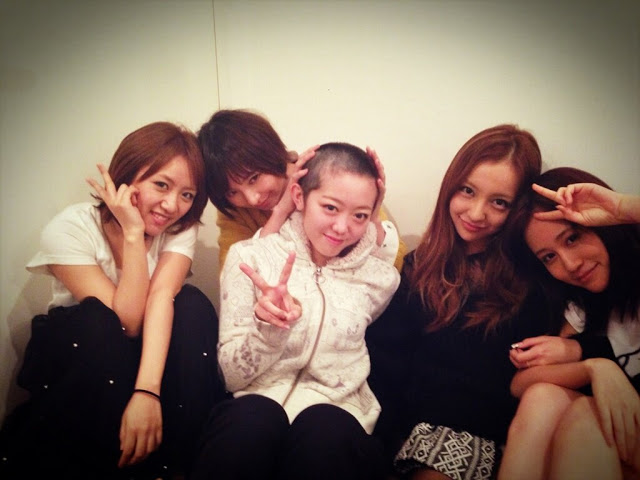 esakai on A-Head of the Curve: AKB48’s Minegishi Minami as Revolutionary:

Interesting article. I have read opinions on both sides, some that are absolutely disgusted that she or the management did this and publicly shamed her, and others who thought that because she had signed a contract it was okay to shave her head to show her remorse.

A lot of people have been commenting on her age, saying she should know better than to get caught. She is 20 now, but you have to remember that when she signed the contract she was only 13. I don’t think she was worried about dating too much when she was 13, she was probably worried about passing the auditions and joining the group. Yes, I do agree that at the age of 20 she should understand that her job requires being a tool for the management, but it’s hard to make someone choose between their job and basic human wants and needs.

When I first read the about the scandal and watched her apology on youtube (the management took it down because ‘the fans forgave her’, not because it was gaining worldwide notoriety -.-), I was wondering why she would go through all the trouble of shaving her head and publicly shaming herself in order to stay in a group that wouldn’t allow her to have a boyfriend. As an adult, having a boyfriend as well as all the experiences that come along with it are natural, and it would be easier for her to just graduate in order to live a more normal life. Also, from what I know Minegishi is a pretty good entertainer, and could probably keep herself afloat by doing variety’s and MCing shows.

Of course, she did decide to stay in AKB, and although we can speculate on what those reasons are, I don’t think we’ll ever really know. I most certainly don’t understand, but I haven’t grown up as an idol with a certain set of rules and expectations. I’m not saying that what she did was right, or even smart, but I think the reason she did it was because for her obviously her job still comes first, and she would rather lose a boyfriend than a job. 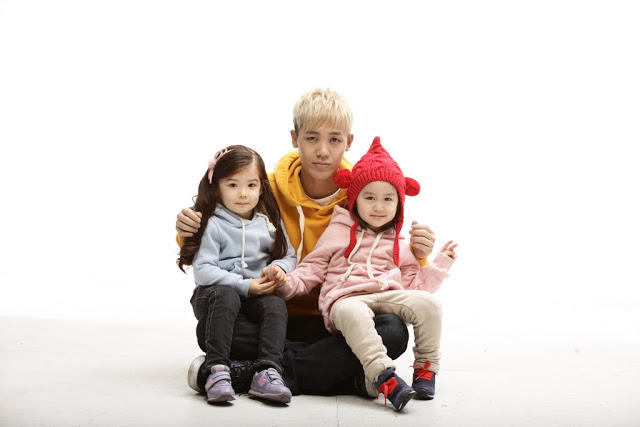 Kennedy Halstead on Boyfriend’s Hello Baby in the Shadow of Previous Seasons:

First off, warning: this will be a rambling post. I just wanted to get down my thoughts on the subject and can’t really think of a central coherent thesis at the moment. Also, I am not watching the current season of the show, because last season disappointed me deeply, so this will be based on the seasons I *have* watched.

While Lindsay makes several valid points, I’d like to cast my vote in favor of the old format of Hello Baby – specifically, the MBLAQ version of the show (didn’t like the B1A4 version at all). Yes, this show is a hard one to explain to non-Kvariety viewers. At first blush, it makes almost no sense. Then again, I think it makes more sense once you really think on it, unlike say, We Got Married. Not to knock We Got Married, but at the very least, Hello Baby has a quasi-equivalent in real life: babysitting. When in real life do you ever have to pretend to be someone’s (usually a virtual stranger) spouse ala WGM? The answer is: never (or at least, I can’t think of any such situation). 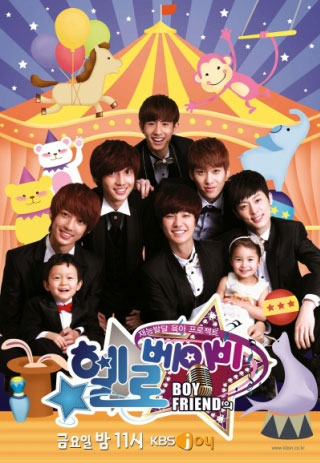 In reality, though, many people are indeed thrust into the role of temporary child caregiver. And to say the show is somehow damaging because you’re entrusting small children to people without the requisite parenting skills is to ignore the fact that at the onset, almost NO ONE has the requisite skills to handle children! Now, let me come right out and say that I have no parenting skills, not being a parent myself. I’ve taken care of small children as a babysitter and as a teacher, but never for a sustained amount of time, like a parent. I watched MBLAQ’s Hello Baby with my mother, though, and well, of course, I’d say she’s a parenting expert, and I remember her response to me (I forgot during which episode, but it was one where the boys were not having an easy time of it) saying something along the lines of, “Come on, guys, get your stuff together!” My mom said, “Oh, lay off them. Everyone makes those mistakes. I know I did.” And therein was the revelation: parents become parents over time. No one is born a parent. I have relatives who have read every book, attended every class, polled every mother and father they knew, and they STILL confess to not having a clue half the time the moment their child was born.

So, in that respect I think, you can’t really pose the question – “[D]o people really want their child’s behavioral patterns to be taken over by a group of young men (or women for that matter) with little to no experience?” I mean, I don’t see it as a fair question. First, the children’s parents decide to allow their children to be on the show; that’s their choice, as parents. Second, “little to no experience” describes every new parent pretty much ever. Also, I don’t see the kids’ Hello Baby experiences to be anymore or less harmful than going to daycare or being cared for by a nanny, etc. Yes, there are cameras and it’s slightly artificial in that way, but as long as the idols who are on it realize this isn’t all fun and games and really bond with the kids (which I argue MBLAQ did), then I think it’s just another rich experience for the children. 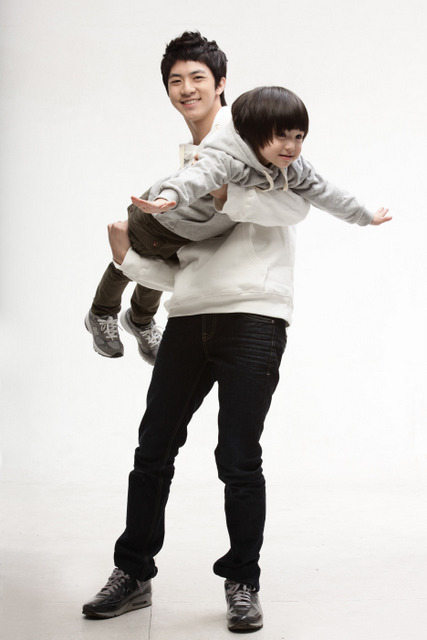 Furthermore, and I might be wrong, but one of the key points of this show (just like WGM or dating shows like The Romantic and Idol) is to yes, entertain, but I feel, to educate as well. We, the audience, learn along with the idols how to be better spouses by watching the hijinks on WGM, and on Hello Baby, how to be better parents. That was why I loved when they brought out the child psychologist during MBLAQ’s run. I liked that they acknowledged there were problems and worked to solve them. And I felt I really saw positive results following that episode. The guys stopped trying to bribe the kids with material objects and worked to earn their affection, which is why the ending just about gutted me.

And there’s the other point: is it fair to have these young children build up an attachment to people who are not going to be a consistent part of their lives? Again, it’s the parents’ choices and it’s a valuable lesson to learn. Separation and loss are important issues to address and there’s no right time to discuss them. I think having the kids learn that people come and go from your life is a valuable lesson. And apparently, Shinee still keeps in touch with Yoogeun, and I know Mir keeps in touch with Dayoung, Lauren, and Leo, so it’s not like they completely fade out. Affection is a two-way street. The idols become attached to the kids, too, and they can keep the contact going.

Anyhow, if I did have a main idea to this, it would be: I understand why they tweaked the format, but I, for one, loved the old way of doing things. I thought MBLAQ’s season was gold on so many levels. It was funny, but heartwarming at the same time, and I came away with more than just fun moments. I came away with valuable lessons. It made me laugh, cry, and think, which I feel all entertainment should do.