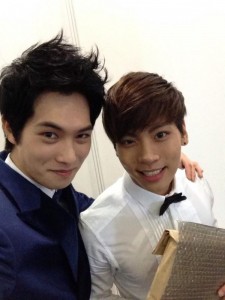 In terms of communicating with others, the Internet allows us to share our thoughts, actions and life events via various Social Networking Sites (SNS) — we can telecast our ideas and experiences to a wide audience on these platform, and thus, in a way, publicise ourselves. Celebrities use SNS as a cheap and effective way to reach out to their fans, and can even gain popularity from their online activities. But it can go both ways, and for every Jonghyun meticulously tweeting his pranking of another Jonghyun to the delight of fans and practical joke-lovers everywhere, there are also idols who have gotten into hot water over things they have said and done on the world wide web.

There are many stories where the combination of idols and SNS has gone wrong, from Jay Park‘s frustrated MySpace posts to T-ara‘s passive-aggressive tweets, but the past fortnight has brought to light some new cases: those of A Pink‘s Eun-ji, Exo-K‘s Chanyeol and… T-ara’s So-yeon — again?

The latest leader of CCM‘s flagship group was recently embroiled in a scandal wherein she obliquely referred to an “unni,” code-name “stitch,” (who is largely believed to be Yoon Eun-hye) with disparaging comments during a publicly viewable conversation on the KakaoTalk Story app with Sua of rookie duo D-Day and actress Yoo Ee-na. CCM later came out with an apology, a denial of Yoon Eun-hye being the target of the comments and a promise to discipline So-yeon. 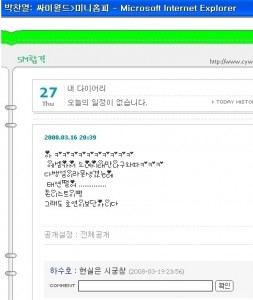 Meanwhile, EXO added to its growing list of events of a non-musical nature with a then trainee Chanyeol writing on his Cyworld account about meeting SNSD for the first time:

Ah, I went to SM and got to meet SNSD. They all weren’t wearing make-up, so they were ugly, but Taeyeon was stunning……….[She was] f*ckin’ pretty. But not as much as Hoyeon.

A screencap did the rounds and quickly became one of the hot stories. Some time later, allegations of photoshopping and general falsification emerged, then they were refuted, then more discussion on the detail of Cyworld’s appearance in 2008 occurred… but at the end of the day it didn’t really matter whether the screencap was real or not: the original story had topped multiple search engines in South Korea, an example of “wikiality” at work.

Also, Eun-ji had recently updated her me2day with a picture of a bagful of tangerines hung outside a window, explaining that it was to cool down the fruits which had been in close proximity to the group van’s engine. Following netizen protest with regards to traffic law violation, Cube Entertainment swiftly apologised.

These three instances all had different circumstances: So-yeon wasn’t broadcasting a statement to the masses but having a conversation with a few select people; Chanyeol was a teenage boy dissing some girl group to curry favour with his purported then-girlfriend; and Eun-ji wasn’t talking smack about anyone at all, she just wanted to eat. The one commonality they all had, though, was that they were publicly posted for all and sundry to view, and as is the case with the internet, publicly comment on. 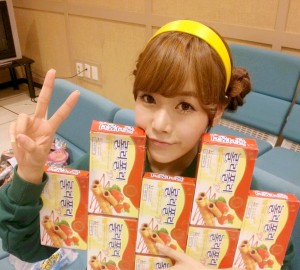 The public, and young people especially, are constantly warned of the dangers of posting words and images publicly online and the value of privacy is often stressed — and for good reason. SNS accounts work as a communication tool with which we can express ourselves; but they also function as a canvas upon which we can carefully construct an image of ourselves as we wish to be perceived by the wider community. With everyone from your best friend’s mum to potential employers able to view these accounts, the importance of keeping up virtual appearances is not missed on many people. And if this is the case for laypeople, then it would be at least double that for a celebrity, who must deal with sometimes excruciating levels of scrutiny.

This is especially true for an idol, who sells not just music but a whole persona, part of which involves their official SNS updates. The word “official” itself connotes a sense of professionalism, something that represents the idol while they are “on-duty.” Taking a more intimate approach is an advantage of social media, but confusing the professional purpose of SNS with its casual nature may, and does, result in idols saying things that end up working against them and their careers, especially things they would never allow themselves to say in traditional forms of media like print, radio and television.

The idols discussed here do not seem to have been so adversely affected, though: Cube Entertainment’s apology (in addition to the realisation that, as far as idol-related vehicular accidents go, this was very much a storm in a teacup) seems to have been enough to quell anger; Chanyeol is still promoting with the rest of Exo-K and was last seen glomping his team members at this year’s Idol Sports Championship; and T-ara is keeping busy in Japan with a new single about to be released — and CCM actually took some responsibility for once instead of trying to pass the blame onto someone else. In the grand scheme of things, scandals over SNS updates are mostly akin to a storm in a teacup and can only cause problems when they add on to other issues or are blown out of proportion: even with the examples provided at the beginning of this article, Jay Park’s MySpace posts were not the sole reason for his departure from 2PM and South Korea, and the T-ara scandal became as big as it did through very poor management. 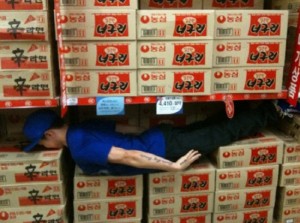 That said, as minor as the negative effects of speaking one’s mind may be and how much fans and observers appreciate unfiltered content direct from their idol, there is something to be said for, you guessed it, privacy. While it is great to see idols truly express themselves, it may sometimes be better if some self-censorship is practised, whether it be increasing privacy settings, posting on a personal account or even not posting at all, especially with regards to thoughts on industry colleagues and peers: Chanyeol may think of SNSD more favourably after appearing in two of their MVs, but there’s no avoiding the awkwardness following the news about his Cyworld update. As they say, once something is on the internet, it’s there forever, and these cases show that one’s words (especially opinionated) may very well come back to bite you, sooner or later. And that is something everyone, famous or note, would do well to remember.

… Unless you’re Jay Park. Having already fallen from grace once in the eyes of South Korea, Park has managed to build himself up again in the K-pop scene, but on his own terms. Having constructed a more adult image than any of the other idols mentioned here, Park is able to get away with less self-censoring, as seen with his Jay Park TV. But he isn’t exempt from netizens’ judgement, with the latest outcry involving a picture of Park planking in a supermarket. Though this writer found the fact that people were still planking in 2013 more concerning than the integrity of the ramen boxes upon which said planking occurred, Park did not appear the least bit concerned, defending his actions and serving up some more provocation. However, Jay Park is very much the exception in this case; I don’t think an idol, presented as a paragon of family-friendly virtuosity, would even dare to upload a photo of themselves flipping the bird. 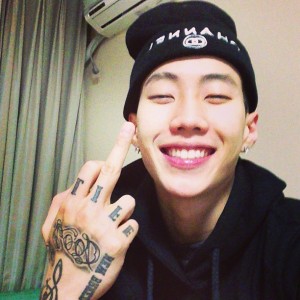