Boyfriend's Hello Baby in the Shadow of Previous Seasons 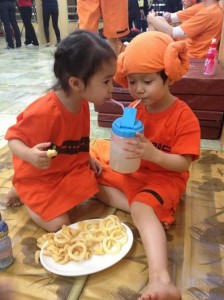 Hello Baby is one of those Korean TV show concepts that many of my American friends simply can’t wrap their heads around, because who in their right mind would entrust a small child to a pop music singer? Nevertheless, it’s obvious that plenty of people seem to be fairly at ease with the idea, as Hello Baby has just begun its seventh season, starring the young K-pop group Boyfriend. In analyzing Hello Baby, it is important to view this season as well as the last season with B1A4 within the context of the show as a whole and how it has developed over time. Originally, the focus was heavily based on parenting and used the idol’s parenting styles as the center point for the show in combination with ranking the group members as best to worst parent using the most impartial method possible: a child’s opinion.

Since then, the show has morphed into a more typical variety show, focusing on games and contests directed at the idols as opposed to letting the idols parent the children in a more unstructured environment. This was the biggest complaint voiced about B1A4’s Hello Baby season, and it is justified, but the switch in focus makes sense from a company’s stand point if you consider some of what went on in the earlier season with MBLAQ. There were multiple controversies during the MBLAQ Hello Baby, the least of which being fans outrage at actually having a non-idol mom on the show, and the biggest of which being complaints about the intense parenting situations the members handled, or, more accurately, didn’t handle. 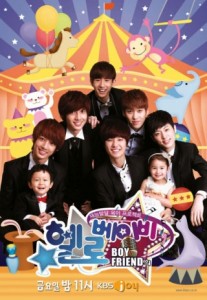 Having the show switch to focus on the idols in the featured group as opposed to on the children is safer for the TV company and producers. People will watch the show anyway to see their favorite idols interact with a child — even if it is only occasionally — because the idea of idols interacting with babies tends to be a fan favorite. Relying on those viewers is safer than allowing situations to arise that cause controversy, such as Mir making children cry and having to bring in a child psychologist. SHINee’s Hello Baby is the best example of what the fandom seems to love about the show; the members spent a lot of time with Yoogeun in many situations that mimicked real parenting. But therein lies the issue: do people really want their child’s behavioral patterns to be taken over by a group of young men (or women for that matter) with little to no experience?

Another issue that arose in the SHINee and MBLAQ seasons was the gravity of the grief in the finale episodes. This is one of the things that made the show so poignant; there was an obvious connection between the idols and the children that resulted in many memories and many tears. And so arises another controversy: is it healthy for children to form strong bonds and call someone “appa” and then be taken away never to see that person again? Although young children are certainly good at forgetting things they are also far more emotionally aware than adults often give them credit for, which Dayoung is a perfect example of. If I were a parent I would be uneasy about my child getting so intensely attached to another person that wasn’t going to be a constant part of their life. 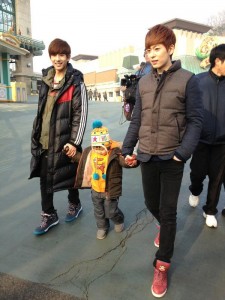 This brings us up to the recent season with B1A4, where the issues of questionable parenting styles and over-attachment were avoided by focusing more on the idols themselves and only having them interact with the children on occasion instead of all the time. Most viewers in the international online community were disappointed with this season’s episodes, as I mentioned before, and I admit to being disappointed myself, but as the Boyfriend season has begun it seems more obvious that there are reasons behind the shows changes in structure and that those changes are here to stay.

Boyfriend’s season of Hello Baby is only in its early stages but already there have been a few issues that have made fans raise an eyebrow. First off, they actively showed the auditions to choose talented and charming children. This goes along with the season’s theme of creating a talented idol family and giving the children experience in the entertainment field. This concept actually makes way more sense than just letting children be parented by young idols, because the reason most parents are letting their children be on the show is probably exactly this: that they want their kids to have experience in the entertainment industry. Showing the audition made it feel less like a family environment, but obviously there has always been a process to choose the child, we just weren’t included in it before. 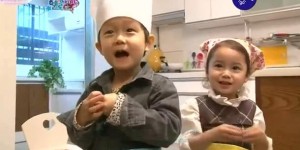 Following the audition, an issue arse regarding the third child, Si-Eun, in that she seemed to have a personality unfit for the amount of stress associated with being on TV constantly with strangers instead of her mother. It is surprising that this didn’t happen on the show sooner — during MBLAQ’s season for example — because there have been children before that were certainly having a hard time adjusting to the show as well. The mother made the right choice for her daughter, and the show works well now with two children, since three can honestly be overwhelming.

So far the season is going a similar direction as B1A4’s, with more games than downtime spent with the children. The children seem to be spending more time under the supervision of their mothers doing nice things for the members and then interacting with them in a more supported environment, whereas some of the previous seasons it seemed like the parents were never present. This will allow the children to form bonds with the Boyfriend members but also still feel connected to their birth parents, preventing the tricky issue of over-attachment. In B1A4’s season, the finale was emotional but not as heart-wrenching as it had been in some previous season, and Boyfriend’s season seems to be going in the same direction, unless something changes with the amount the children interact with the members. 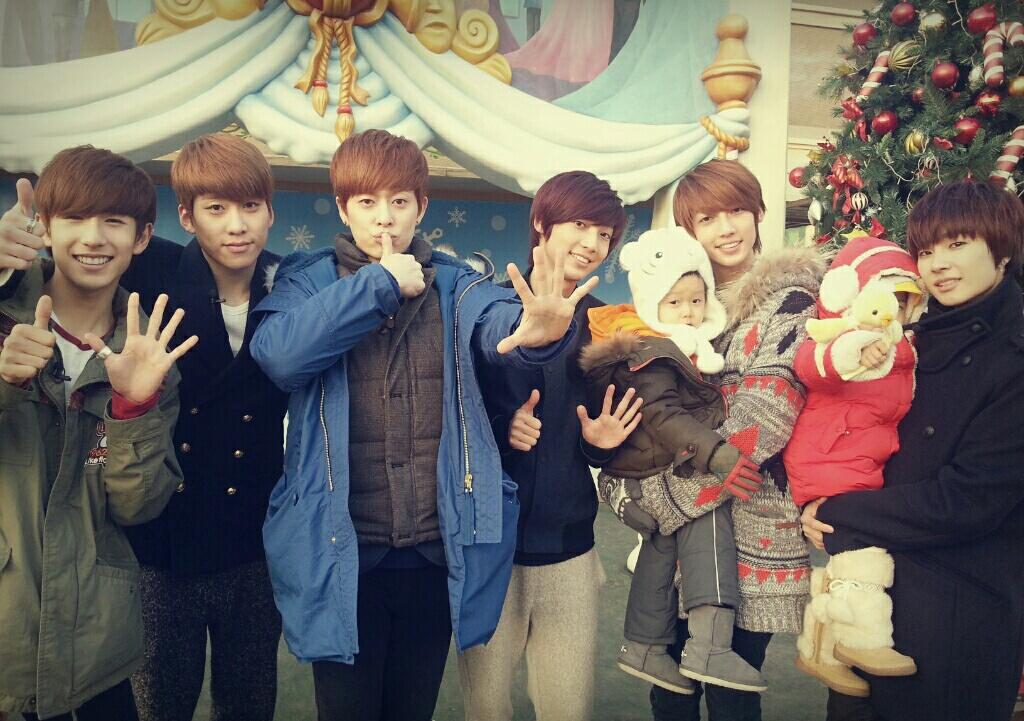 In Boyfriend’s season the show also seems to have dropped the emphasis on the ranking of the members as best, or favorite, parent, which is a relief. When raising children the last thing you need is competition between parents which inevitably leads to bribery and being nice to the children for the wrong reasons. You don’t need a specific ranking game to tell which member the children like best; they will automatically gravitate toward the person they are feeling most connected to. That’s just human nature. Currently all the members of Boyfriend seem to be doing their best to interact with the children on their level, and there isn’t a specific member that has surfaced as being bad with children yet. As for the children, if the show lives up to its current concept, they will be set up for an early entrance into the world of idols and actors which is a valuable jump-start into a tricky industry.

Is Boyfriend’s Hello Baby worth watching? If you are a fan of Boyfriend, yes. If you want to be a fan of Boyfriend, yes. But if you simply like the concept of idols parenting children, that’s just a maybe. So far, the show is focusing on the idols with a lesser focus on the children, but there have been some sweet moments together and Boyfriend is certainly finding their feet in the variety world, so there will be laughs regardless. Will Boyfriend spend more time parenting the children later in the show? Hopefully yes, but other than mentoring the children in the entertainment world, there might never be the same homey feeling SHINee’s Hello Baby had again.

How about you, Seoulmate? Are any of you watching the current season of Hello Baby? What are your opinions on the consequences of idol parenting?