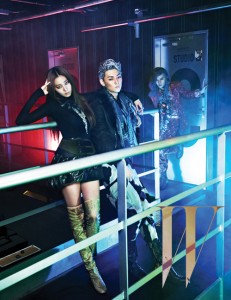 For this week, in terms of idol and music news, we covered SHINee’s “Dazzling Girl“, The Cheers, K.Will, an exchange on Epik High, Jewelry, Handsome People, Shinsadong Tiger, Block B‘s “Nillili Mambo“, and the independent women of miss A.

In regards to film, fashion and TV, we looked at the best of last week’s music shows, Krystal and Victoria for Marie Claire, current and upcoming dramas to watch out for, our favorite magazine pictorials, and “Lost Foreigners” in K-variety.

As for socio-cultural topics, we shared our thoughts on Davichi’s split with Core Contents Media, Mark’s case against aegyo bashing, Maria’s counterpoint in defense of Hyuna’s sexuality, whether or not K-pop fans’ worries about “Gangnam Style” are warranted, image changes, dubstep, New Jack Swing, idol-artists, K-pop in relation to the world.

Finally, we also had the chance to nab exclusive interviews with rookie groups B.A.P and VIXX prior to K-CON going down last week.

Here are five comments or conversations from this week that gave me some food for thought:

Veria on Beware of Image Changes:

Image and concept changes will always be around in Kpop, but I think there’s a distinction between the two of them. A group can change its concept with each new album but its image is something more lasting and underlying and is what I personally look out for.

For example, for Super Junior‘s 4th album they promoted two completely different concepts of Bonamana and No Other, but their image remained the same of ‘the group with loads of members in multiple entertainment areas’. A more extreme example is probably T-ara who had completely different concepts for each title track but still had a pretty firm image. On the other hand, as well as it being a new concept, I’d argue that SM tried to change SNSD‘s image to a more mature one with The Boys.

Building an image takes time, and I agree with what the author says here about finding their niche. If you have a unique image, chances are you’re going to have a better chance of sticking around and possibly this is why so many rookie girl groups (primarily) are having trouble getting any footing in the industry – because very few of them hit upon a niche image from which they can build on and change concepts.

I don’t mind so much giving groups time to find their image, but some definitely do it a lot better than others and find it more quickly (like B.A.P who pretty much solidified their image with their second single). For the groups who never really find their image, I don’t really pay them so much attention because I find that without it they lack a lot more substance and identity. 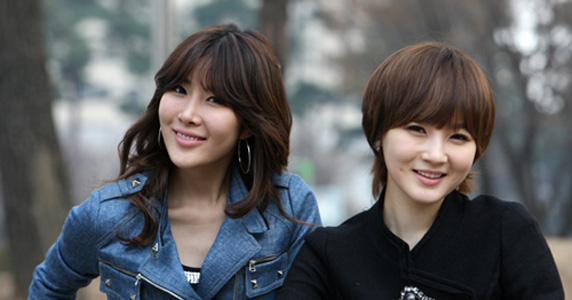 thepurp on Davichi and Core Contents Media Call It Quits:

Davichi made a wise choice and jumped out of a sinking ship. The T-ara debacle is one of the worst public relations I have ever seen from a major company, heck even a small company. To say it was handled poorly is an understatement. Anyways, I don’t blame Davichi, it doesn’t seem like their careers were being progressed properly, so it was wise for them to get, when they still had a chance too.

Frankly, I am all for new blood, and new entertainment companies making inroads in SK. The monopoly of the big three *cough* cartel *cough*, needs to be diminished, if the SK music industry is to return back to the days when there was actual variety and talent was rewarded fairly. 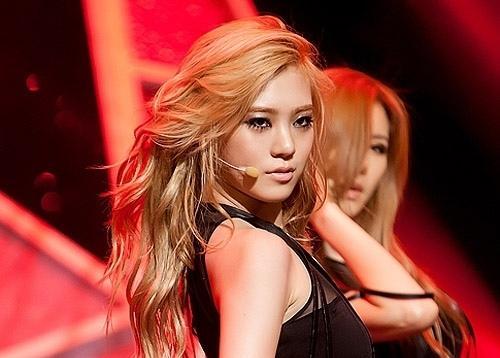 straighttohelvetica on Unpopular Opinion: Enough with the Aegyo Bashing!:

I agree with the author that we shouldn’t judge based on our own cultural perceptions. I waver on how I feel about aegyo and I feel like it’s something that has to be judged on a case by case basis. I’m not too bothered when an idol pulls out aegyo on a variety show because that’s usually always done for laughs/entertainment. It’s the more polished and marketed aegyo that makes me uncomfortable, especially when it’s obvious the idols themselves don’t enjoy it.

Two recent examples: I really liked Orange Caramel‘s “Lipstick,” but found SNSD‘s Japanese remake of “Oh!” to be very awkward to watch. The members of Orange Caramel looked like they were having fun and the cutesy-ness was balanced with some empowerment on their part. (Not a lot, but some. The members banded together to defeat the ping-pong rivals for their oppa rather than just passively admiring from afar). With “Oh!” though, the aegyo feels more inappropriate because I already know that some members hated doing it the first time. I also think “Oh!” had some of the worst childlike aegyo I’ve ever seen. The scolding/pouting facial expressions, the tottering walk that Yuri does at one point of the choreography … just geez. Three years ago, they were still able to pull it off. Now, following their attempts at more mature concepts and images it just feels incredibly forced. 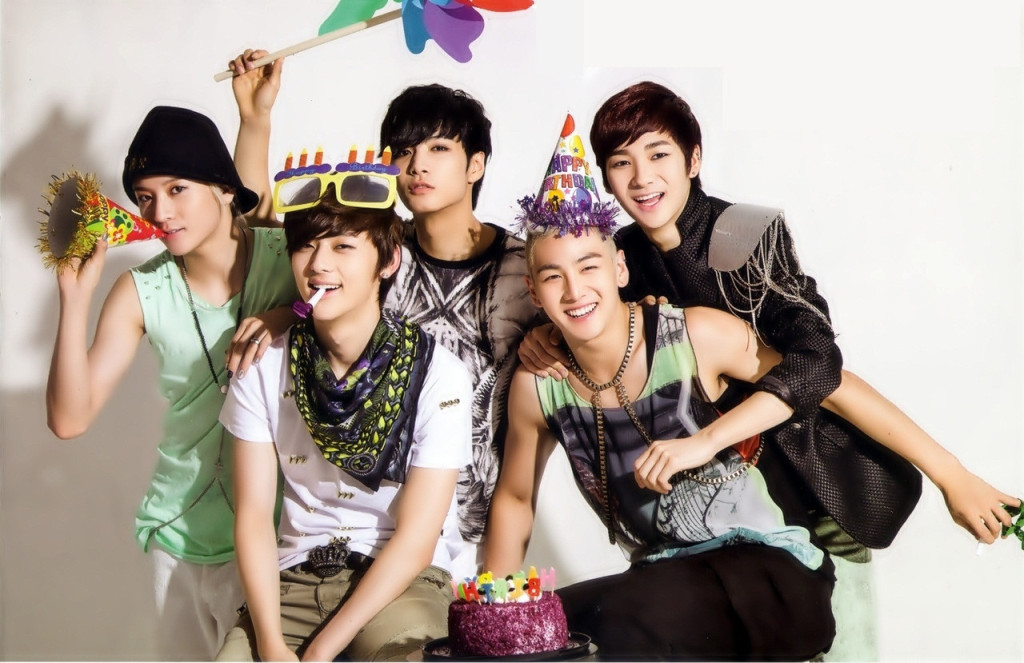 As a Londoner who partially was raised in the borough of Croydon (where dubstep orginated from), hearing a dubstep break in ANY song whether it K Pop or a song done by Skrillex is suuper weird (same with Skins style parties). Dubstep is like… the personification of Croydon if that makes any sense (… *sigh* ignore me) and to hear songs from people who never been or know that it even exists or even been part of the “scene” it’s just really strange to me. When I think of dubstep, I think of the stereotypical Croydonite who is hammered out of their mind, swearing and smoking weed in some illegal grimey warehouse or in a crowded dark room talking about Eastenders and that people – is a VERY different image from the Kpop scene.

But strangely, I like that it is used. Also, how universal it has become. Music is to be shared and enjoyed by all tbh and it’s pretty nice that a piece of “my” London is appreciated and enjoyed by some others, no matter how different the scene is that is using it, if anything is creates a nice melting pot.

Anyways, that’s what Koreans must have initially felt when Kpop started to gain an international fanbase or even New Yorkers when rap started to become a global phenomenon :P 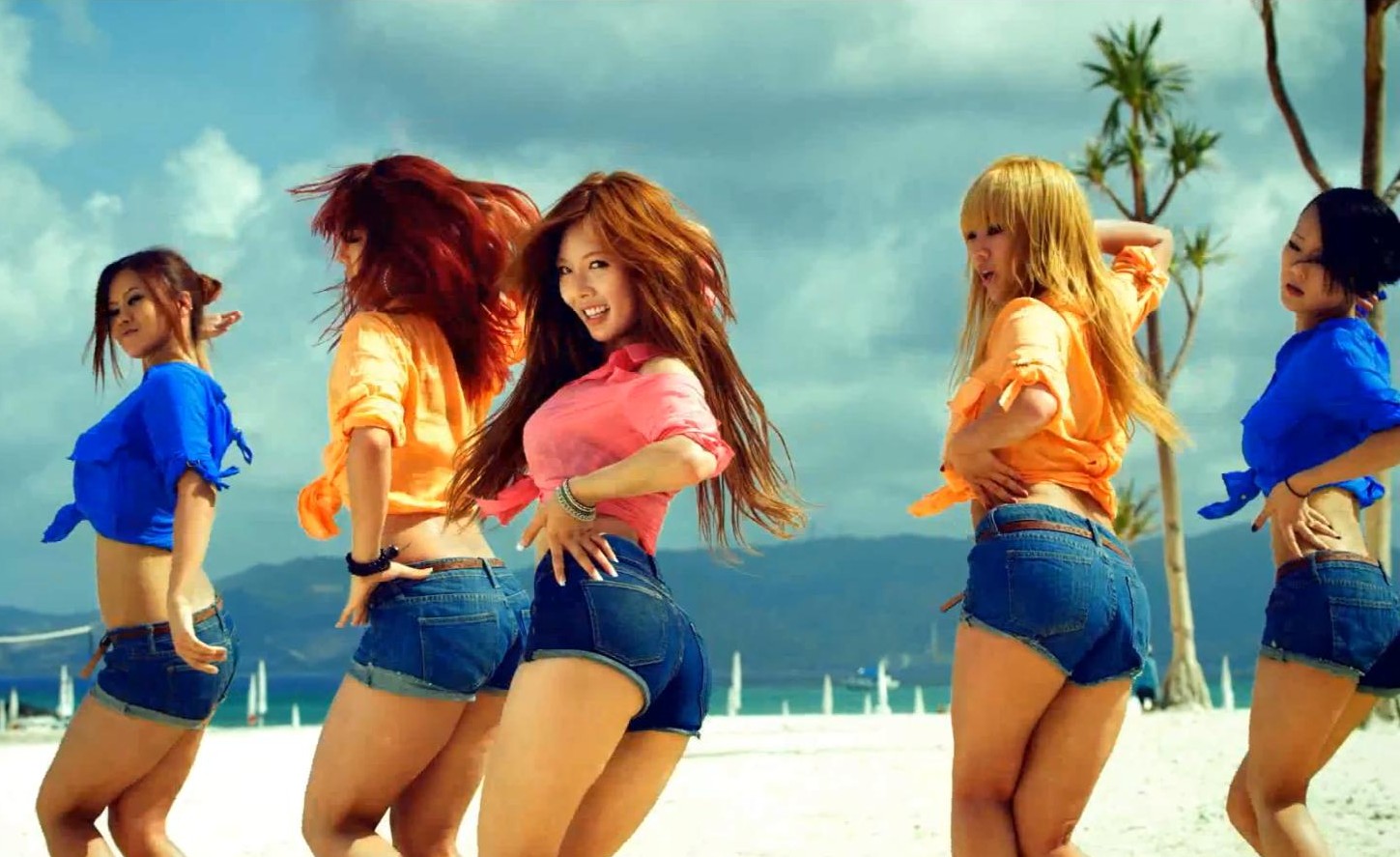 Boys and girls always have different definitions for sexy.

for boys, girls with a glamorous body, a pretty face, posing provocatively would be considered sexy

but that is not enough to be “good” sexy in girls’ eyes. the main difference can be explained by a word: classy

this word has already brought out many arguments on this issue and i do think the subjectivity lies in it is very difficult to explain. but as a girl, i can tell you why some fangirls do not welcome hyuna‘s sexy image: no girls would imagine themselves to do what hyuna is doing. no girls would want to pose like her in a car just like what she did in the teaser photos. girls would want to be as pretty as snsd, as baddass as 2ne1…but if they think about sexy, hyuna is 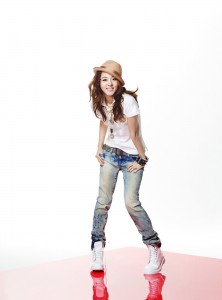 not the perfect model to look up to simply because she is not “classy”. yes, she is very gorgeous but what she did is just pleasing the guys, nothing admirable in girls’ eyes.

As for the boys we never hear them complain when male idols rip their shirts or that males are pandering to the female gaze. Males want females to think of them as being sexy and they want to be thought as desirable.

Females want that too, but a girl can be hit on in public by random guys even though she is fully covered and does nothing to indicate that she wants to be hit on. Ever hear guys complaining that girls hit on them? No because that hardly ever happens. Males  don’t have to deal unwanted advances.

Which brings up why females are quick to judge other females. We want guys to look at us in a certain way and not the way they look at Hyuna. Just look at the comments left at the two different videos. Their vastly different.

The only time a male complains how another male is being portrayed is if their viewed as being sexually inferior. For example, if they look ‘gay’ or too pretty. They want to be thought of as masculine and strong, not feminine.  It’s the reason why boy groups receive so much hate, and why males are one of the top demographics watching Justin Beiber‘s videos. their not there because they like him, they just came to the video to insult him. 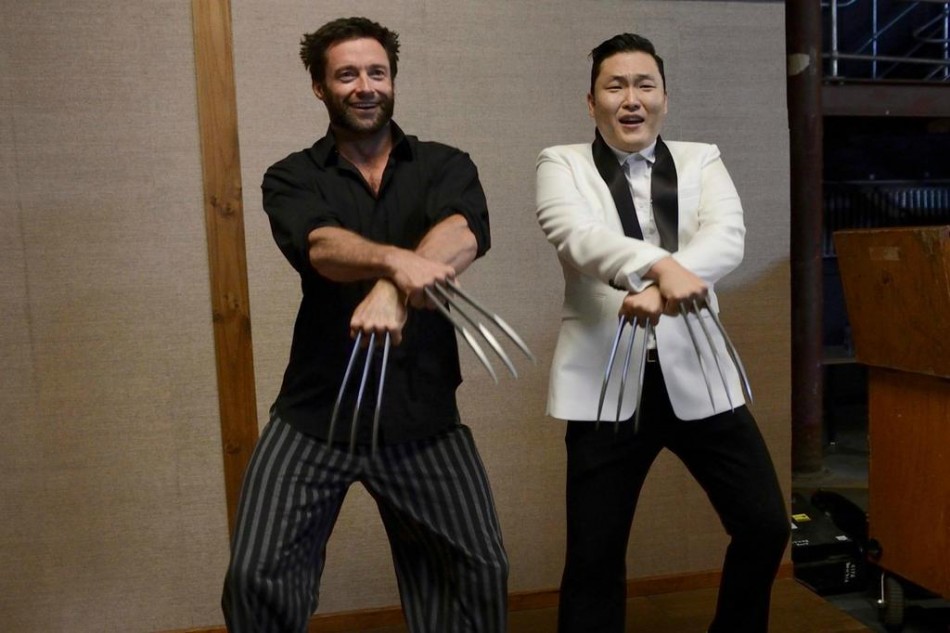 Bstar5 on Should We Be Scared of Gangnam Style?:

PSY‘s success is a classic case of “be careful what you wish for”.  KPop fans have wanted KPop to breakthough for the longest and when it finally does, some fans are beside themselves because it’s not who they thought it would be.  It’s funny how you have people who thought it would be one of the top tier idol groups as well as people who thought it couldn’t happen at all.  Sad thing is with all the issues people have about Gangnam Style, it’s KPop fans who seem to be the most critical of PSY.  On one hand you have some KPop fans claiming he’s a hit because he’s an Asian man acting silly in a MV and comparing him to William Hung, on the other hand, many of his new fans around the globe think he’s just the coolest in the world.  He’s got major stars coming out of the woodwork wanting to meet him.   I don’t think William Hung was ever perceived that way.  I think Gangnam Style is popular all over the world because it’s just plain fun and it’s really been a while since an artist just popped up on the scene and just made people want to have fun with their song.  I don’t think KPop fans have to worry because I don’t think these new fans even looking at PSY like he’s the embodiment of KPop.  I don’t think most of them are thinking of KPop at all.  Unfortunately, KPop idols still face the same struggles they had before PSY made it big.  In order to truly make it in the U.S. music industry you have to be a star.  A popular song alone is just not going to do it.  Far East Movement unfortunately is a prime example of that.  PSY luckily is a natural born star.  As soon as I heard he got his invitation to come the U.S. I knew he’d hit the ground running.

TBH, I’m truly happy that an artist in the truest sense of the word was able to break through first to represent KPop.  He isn’t something YG whipped up, he is his own creation.  Who better to be the first person to represent Korea then someone who truly is respected by many of the people in his own nation as being one of the best entertainers they have.  I think PSY is the last person who’d want to be put in a box as an entertainer and limited by what he did with Gangnam Style, so he will more than likely surprise all of his naysayers with a debut U.S. single that keeps that from happening.

That’s a wrap for this week! Thanks for tuning in being such great readers, and as always, feel free to leave additional comments below.