Should We Be Scared of Gangnam Style? 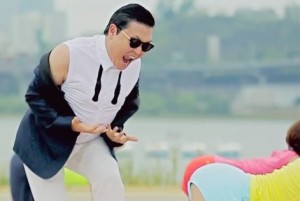 Despite the overall positive reactions in the West, the virality of “Gangnam Style” has brought out a wide range of reactions within the K-pop fandom itself. Some love it and hail it as progress in K-pop’s global domination while others are dismayed at its popularity as they think it is not an accurate representation of the majority of K-pop. But if there is a reaction I find particularly interesting, it is the elitism and exclusivity of primarily international fans who seem to fear that “Gangnam Style”’s exposure to the masses will ruin K-pop.

What makes this incident unique is that the international K-pop fandom often goes to great pains for their idols to gain positive attention outside of Asia. This past year I have watched people come out in droves to support their bands’ appearances in the Western music scene, whether helping Big Bang win an award in the EMAs or fanatically voting for SNSD and Wonder Girls to win in a poll on the American website Popdust. I watched fans demonstrate pride over SNSD on David Letterman and Live With Kelly and even Jessica Jung’s brief appearance on ESPN. But now that Psy has gained mainstream attention, it seems like some K-pop fans are going into crisis mode because he is too popular. So I want to know – why the change in attitude, and is the fear of more K-pop exposure and what it will do to the genre really valid?

The aversion to “Gangnam Style” being overexposed is understandable in the sense that practically anything can get annoying once it is shoved everywhere – a lot of fans are probably tired of the countless parodies and flashmobs that seem to never end. However, other negative reactions from fans seem to be less about obnoxious overexposure and more about losing their beloved K-pop “secret” to people they don’t see as worthy. This is kind of ironic considering the main driving force behind K-pop’s exposure outside of Asia has been the fandom itself, whose large Internet presence and obsessive utilization of social media has gained it a sizable following. When you’re consistently propelling music videos onto YouTube’s “Most Watched” list, someone is bound to notice – it just so happened that for “Gangnam Style,” that “someone” was Scooter Braun. 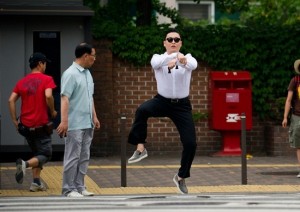 However, despite “Gangnam’s Style”‘s growing popularity, international K-pop fans shouldn’t be terrified of sharing their genre with the masses for two reasons. First, while gaining lots of attention on its own, “Gangnam Style” isn’t exactly attracting listeners to the rest of K-pop. Its main attraction is the hilarity of the music video – the catchiness of the song helps, but it isn’t the main focus, nor is it enough to make people want to seriously venture into a new music scene. Thus, this interest is more likely to be a phase in entertainment rather than an actual trend in the music market. For a lot of outsiders, their adventures with K-pop starts and ends with PSY, and anything less amusing than that gallop dance just won’t be worth their time.

And second, there really is no need to be exclusive about K-pop in the first place. All pop music is made to be enjoyed by the masses, and K-pop is no exception. So even if K-pop does become mainstream in the West, gaining fans is always a good thing since it leads to more appreciation of the idols and means the genre is doing its job of appealing to all.  Additionally, while some fear that the music will drastically change in order to cater to a different/larger audience, that fear might be a bit exaggerated  – American labels are realizing that part of K-pop’s attraction lies in “what sets [it] apart from other pop acts” and are tailoring themselves accordingly. 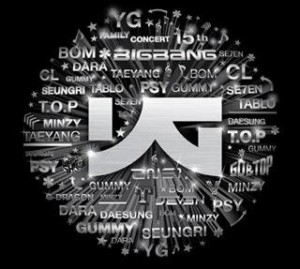 However, I would say the bigger concern lies in what could happen to K-pop artists and labels. “Gangnam Style”’s popularity has finally given American producers like Scooter Braun an excuse to get their foot in the door of the lucrative K-pop market, which is pretty viable for exploitation considering how small K-pop labels actually are (YG makes a percentage of what Universal Records does) and how much they desire international attention. And while the K-pop industry revolves around the importance of the stars, outside labels are more willing to scrap the significance of the artists in their efforts to make a profit – Psy’s venture in the U.S. has amounted to little more than one large comedy act with Scooter Braun laughing all the way to the bank. And Interscope’s hopes for SNSD promotion in the U.S., while possibly having negative implications for the career they built in Asia, could give Universal more access to SM’s connections in “the huge opportunity” that is China.

And in the end, I guess what really concerns us K-pop fans is how our idols are affected. Psy’s clout as a rapper and an entertainer has been reduced to a mere gimmick on talkshows that don’t even bother to introduce him, and “Gangnam’s Style” legacy has started to show its ugly side through the stereotyping that triggered Tiger JK’s rant. So while the fear of more K-pop fans is a bit irrational and self-serving, perhaps the fear of more exposure overall is not – while increased popularity sounds nice in theory, is it worth it if it leads to an increased exploitation (and potential degradation) of the artists we’ve come to respect and admire?