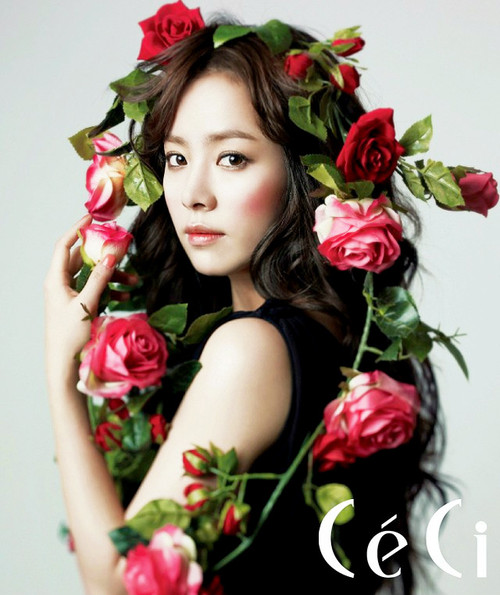 For film, fashion, and culture, we looked at Part 2 of S.M.Art‘s fashion, Gong Hyo-jin and Ryu Seung-bum splitting up, After School for Cosmopolitan, female divas in K-pop, and lip-syncing in relation to BoA.

As usual, we had lively conversation on our site between authors and commenters alike!

Here are five of my favorite comments from this week:

I’ve genuinely enjoyed most of her pre-debut tracks and I appreciate the fact that she can sing well too. ‘Starry Night’ is what I’d highly recommend off her discography; it shows off her husky singing voice and is generally a well-produced and well-executed piece. Too bad she won’t get to sing much in Evol since there are already 3 other very competent singers to hold the fort. I can understand if some ppl find her childish rapping voice annoying but it distinguishes her from all the low-voiced rappers in the industry (she reminds me of E.via a little btw) and in any case, she’s lost some of that since she’s now almost 20 and some of her pre-debut were recorded when she was 15-16yo.

Overall I think the group has a solid debut mini and I really don’t care for the ppl who keep picking at superficial things to complain about e.g. mv concept, their looks, stage names, hair, makeup, clothes, choice of title track etc. They have enough talent to keep me interested and good songs with enough variety (both post-debut and pre-debut) so I’m a happy listener.
Btw I also liked her featuring in a Honey Family track. 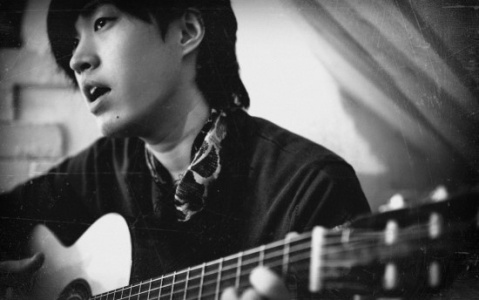 ian on Is Woollim Changing Its Taste?:

This is about Tasty but it’s also a lot about Woollim‘s direction musically so I guess I can discuss the Tablo issue here as well.

Some of you who might have seen me around would know that I’m a fan of Epik High and Nell‘s music way before I got into Infinite . I’m not saying I’m an expert in this matter but I was at least there when the issue broke out. I didn’t follow the whole fiasco like a hawk but being a fan, I was aware of most of the proceedings.

I agree and dislike the fact that Woollim mismanaged Tablo during the whole TaJinYo issue like what many of you has said here. It’s true. Tablo felt alone with no support from the company that he has trusted and worked with for many years.

However, we need to look at Woollim’s side as well. Woollim is a small company. During that time, the CEO has invested all of his money on INFINITE, trying to venture into the idol market, which means that not only is his assets on the line, but everyone who’s working in the company as well. It also means that the other artists under his company may also suffer if something goes wrong.

It says a lot, actually, to how much trust Lee Jungyeop has put in Infinite. All of his artists were on hiatus, being in the army, and the idol market is booming – here’s their chance! So he’s put everything on the line for them. However, great music and talent isn’t the only key to stardom. Infinite received mediocre success upon their debut. They had fans, yes, they sold albums, yes, but no one outside of the fandom is really interested. It was basically a hard time for Woollim. I think this was also around the time that their CEO sold his house to fund the company.

I think we’re all familiar with how a controversy can destroy a career. Maybe not for life but it will have a scar on your image. It will be revisited time and time again. Sure, people will move on but it will never be forgotten. With Korea’s culture, it’s no surprise that the thing to do is to present a clean face to the outside world. No matter how shitty it can get inside, you need to have a sparkling white image on the outside. Very few gets away with a bad boy image, and even then it’s not purely “bad” and they do get flak for it. 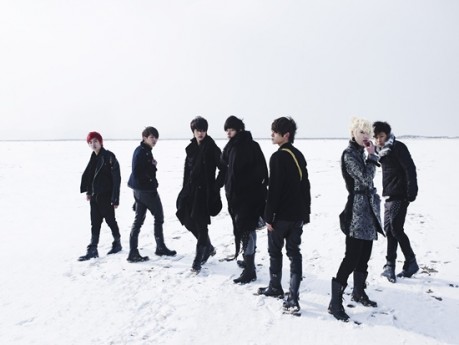 What am I trying to say here?

That Woollim was put in a very bad spot. What is the best way to go about this with the least damage for everyone involved? Is it to speak out for Tablo? Give him support? Handle this controversy? What if they do? Will the netizens who love to squeeze everything and anything stop and shut up? Will the media give up? How about their new idol group Infinite? As I’ve said, they’re a small company and cannot handle big controversies like the more established companies in the business. They don’t really have a lot of connections, nor are there huge favors to trade. They don’t hold much weight in the industry. So do they go and help this one artist who have been with them for a long time? It’s the right thing to do, isn’t it?

But I guess Woollim took the Utilitarian route. Majority over individuals. They sacrificed Tablo’s issue for a bigger chance of the company surviving by not getting involved. Some might wonder why would it matter but as I’ve said, Infinite was still a newborn idol group at that time and they needed to do everything to be able to survive.

I believe that they do know that abandoning Tablo was a bad thing to do. They wouldn’t be able to do much but the moral support would have been a big help to him. However, people need to make tough choices in their lives. And Woollim wasn’t in a position where they could rebel back and double risk everything.

That being said, I don’t particularly care which company you are in as long as you produce the type of music that appeals to me. I didn’t even knew at first that Nell and Epik High, both of whom I’ve spent some of my very first Kpop fund for, were in the same company. And I only got into Infinite last year during Be Mine so the whole so-called “Woollim family yeah~” doesn’t mean much to me. I do admit that I was somewhat half a YG stan for a few years, maybe 2, because it so happened that all the groups I like were there and I love the music they put out. Nowadays, not so much.

Honestly, I’m glad that Tablo is with YG now. I think he fits well with the atmosphere YG has going on. Same with Mithra and Tukutz. Though I do hope they appear in a lot of variety because damn are these boys hilarious! Ya hear me, YG!!!! 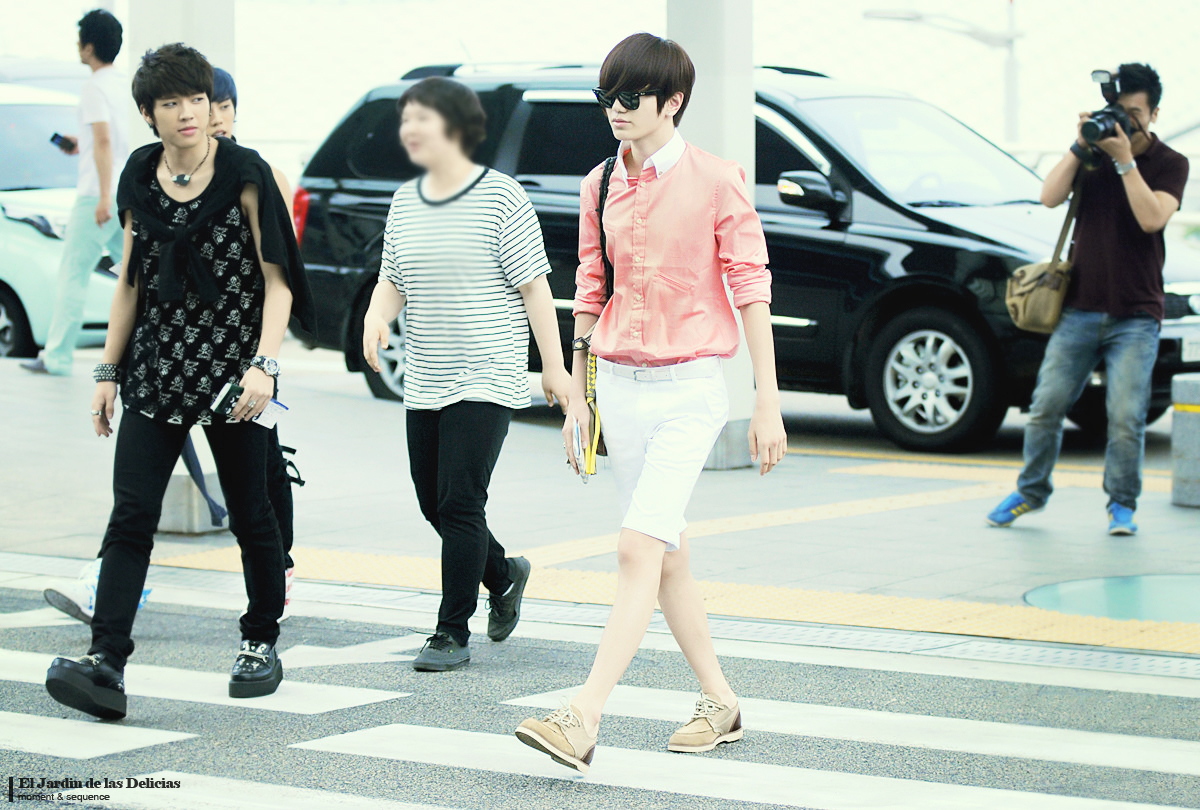 snowclrops on A Diva Is A Female Version Of..?:

I guess I always understood male divas slightly differently. I never thought they were trying to be gay. I don’t think divas are any more or less likely to do kissing games (or be affectionate with the other boys) than any of the other kpop boy.

They’re divas when they do it in an exaggerated manner that no one would normally ever do it in. Jo Kwon doesn’t dance girl dances very well. He always messes them up because he adds his own ridiculous twist to the dances. It is when they’re being ridiculous and breaking social molds that they’re considered divas. It’s just that when they break masculine stereotypes, that often includes them breaking gender stereotypes (and being labelled feminine) as well. 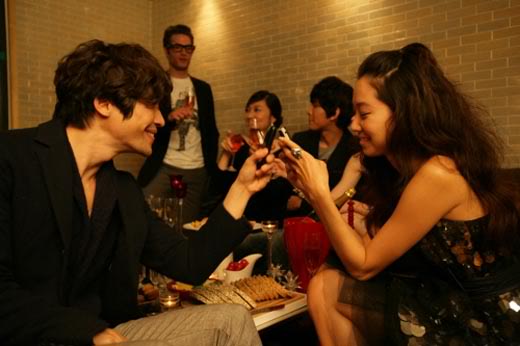 Personally what you see on camera is not the same behind close doors. So how Ryu and Hyo-jin are publicly may not hold truth when its just them. I think relationships are tricky regardless if you are famous or not. People thinks it intense love for one another that keeps a couple together. Personally its more than that and far more complex. I feel a deep respect for you partner’s mind,body and spirit what comes in play. I bet Ryu deeplly loves Hyo-jin and deeply respects her but sometimes it isn’t always enough. People do grow apart or need a break from one another. How you handle this depends on the couple. But as long you keep the respect even if you don’t come back together speaks of a better character.

I think after 10 years which seems like a marriage. People do change and have different idea of who they were verse 10 years ago. So I don’t know? The future is a mysterious card to hold. But you make it what needs to be. If a break up is what need then so let it be. 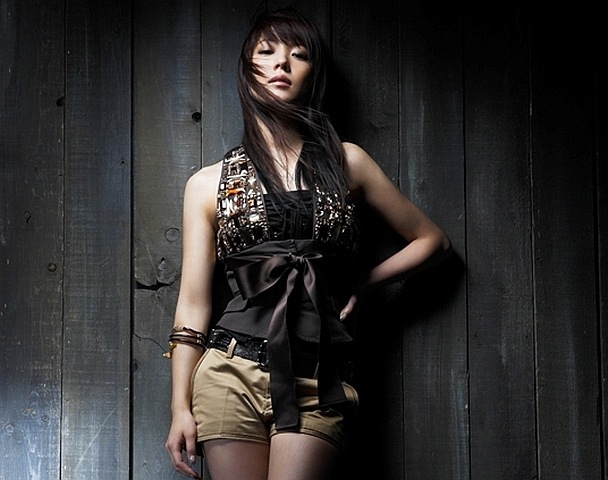 AB on BoA Lip Syncing: Is It Justified?:

I’m okay with how BoA seems to be performing now: lip-syncing on some shows, performing live on others. My opinion on “Only One” was that the song was a little bland without the great choreography. So if she were to tone down the choreography in favor of vocals, I’d be a little disappointed. Not that her vocals are bad. It’s just her dancing has always been superior in my book. With her status as a veteran singer and success, I don’t think she has anything to prove to anyone. I liked hearing her sing for a couple of performances, but as long as I know she can do it, I don’t mind her not performing with live vocals each time.

Also, I think it’s important to recognize that BoA is performing as an individual singer. With groups, even those with complicated choreography like Infinite or SHINee, there are more members that have their own parts. Sometimes these members aren’t even moving around or doing the same dance as others when it comes to be their part. They just sing. When they’re not singing, while they are dancing, they still can catch their breath a little bit. But BoA has a whole song to sing. While I think she sings some parts and not others (I feel like she does this, but I’m not sure.) it’s still pretty difficult when it’s just her, and she’s in constant motion while she’s singing. For rookies I think it’s a different situation because they have to prove themselves over and over again. They’re new, so they have to show that they can pull off a similar sound to what they’re selling live.

And that’s a wrap for this week! Thanks for tuning in, and remember to stay civil in your dicussions, Seoulmates!