BoA Lip Syncing: Is It Justified? 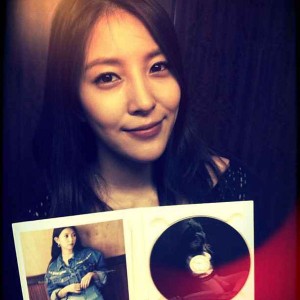 As many are aware, BoA, one of K-pop’s most longstanding and influential veterans, recently had a comeback with mid-tempo ballad “Only One.” Despite being slightly overshadowed by the summer Olympics and her competitor PSY‘s unprecedented success, BoA was able to come back meaningfully, showcasing a personal sound and intricate and theatrical choreography with her title song. However, as charismatic and energetic her comeback was, BoA’s comeback received a relatively large amount of criticism, with many fans displeased at BoA lip synced introductory performances.

Ignoring the (unfortunately reoccurring) trend of SM artists lip syncing their first week of promotions — meaning that BoA could potentially be performing the remainder of her promotions without relying on backing tracks — the response was somewhat unexpected. It culminated to ballad singer Sung Si-kyung and even BoA herself to comment on the matter, both of them noting the challenging choreography as justification for the lip syncing. But nonetheless, even after their statements, the fan opinion of the matter is, for the most part, cut in half with two district camps: one understandably believes lip syncing is inexcusable except for dire emergencies, while the other believes that BoA has enough justifications to excuse her lip syncing. 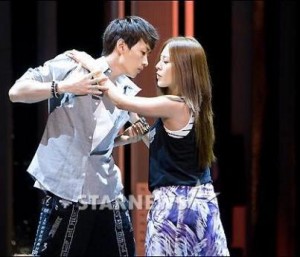 While BoA seems to be starting to perform her “Only One” promotions live judging by her recent performances, the matter still brought up some curious points. Is BoA able to be justified for lip syncing, considering her high status in K-pop, the nature of the performance, and even the functions of K-pop in general? As the topic of lip syncing is already extremely controversial worldwide, would BoA really be that special of a case to justify the lip synced performances?

Well, to be perfectly honest, I’d answer yes and no. Both sides honestly do bring up pretty good points. While I do think lip syncing should only be used under dire circumstances (sickness, severely malfunctioning audio, or particularly bad environments for example), I’m still able to understand the point of view those who think BoA’s lip syncing could possibly be justified.

On one side, “Only One” does truly present some challenging choreography. It’s brilliantly choreographed by Nappytabs and takes a pretty good amount of effort and a lot of breathing to perfectly execute. As Sung Si-kyung said while defending said performances, BoA isn’t a robot, and singing live while executing that choreography would definitely be a challenge for anyone 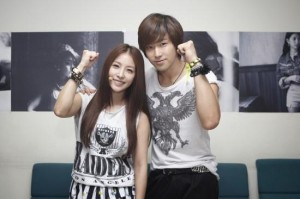 , considering the perfectionist nature of BoA’s company, SM Entertainment.  It seems that they’d rather use a backing track rather than risk an imperfect performance. Moreover, a good portion of “Only One” is sung in falsetto, which is admittedly much harder to successfully sing while dancing.

Furthermore, another point worth mentioning is the well-rounded expectancy of the idol system. Due to how well-versed most idols are, the way they are marketed is crucial in how they want their talents to be taken. Primarily, BoA is marketed as a dancer. While she does hold a commendable, albeit slightly nasal, set of pipes in her and holds wonderful control of her voice, she is primarily remembered for her skillful dancing, which is spectacular to say the least. In that context could be argued that BoA wanted to highlight the very theatrical choreography of “Only One” rather than her vocals, further supported by the earlier release of the dance MV and the very notable cast of background dancers BoA had for her performances. As such, despite her versatility, due to the way she is being marketed, it would be more excusable for BoA to rely on lip syncing rather than for example the likes of fellow soloist IU, who’s mainly only applauded for her vocals, to use a backing track. 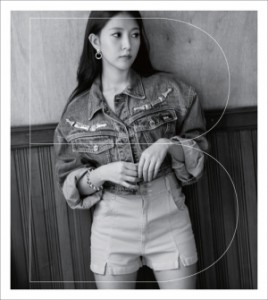 And lastly, as many before me have reasoned, BoA has proven her singing abilities before through previous efforts. With her many years of experience as a performer and all the songs she promoted in and out of the K-pop scene, it’s already a well-known fact that BoA is capable of performing an amazing live performance. So with that logic, what else does a senior with all the credibility BoA has need to prove to herself or the public?

With all that said though, I also understand the perspectives of those who can’t excuse BoA’s lip syncing, or even lip syncing in general. For one, lip syncing can appear as very unprofessional and even lazy, being highly discouraged everywhere. Both Britney Spears and Madonna, despite being huge worldwide figures, have received controversy and lost respect of some for lip syncing performances. If BoA really wanted to be taken more seriously as an artist especially in markets outside of K-pop and J-pop, as Dana said in our exchange, lip syncing isn’t the best move. It’s not something more critical audiences would be impressed with, and it could actually come across as cheating an audience for not giving them an expected live performance.

Furthermore, rookies are heavily discouraged, if not outright restricted, from lip syncing. Even if her seniority and experience speaks for itself, why should BoA be excused and they shouldn’t? Sure, rookies still need to prove and showcase their skillets unlike BoA who’s already shown what she has to offer. 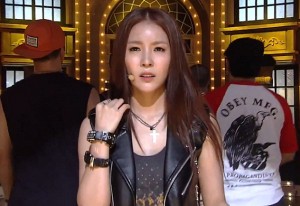 But if she’s already proven before that she could sing and dance simultaneously without sounding breathless or winded, why can’t she prove it again with “Only One?”

Likewise, despite it being perfect for lyrical hip-hop and having elements that are difficult to sing while in motion, the ballad nature of “Only One” makes it easier to associate with singing rather than dancing. And also, keeping in mind that idols are meant to be well-balanced — being able to sing, dance, and whatever else they are trained for, even if she’s marketed and regarded more as a dancer, BoA still is a singer and a very capable one at that. She’s selling a song, one with lyrics to sing and a message to tell, not some choreography as great as that choreography is. So wouldn’t it be her job to sing the song she’s selling? Even though it would be a bummer, BoA could tone down the choreography a bit so she can accommodate live singing since that really should be a priority.

Ultimately, BoA does have justifications that make her case more forgivable than the rest. But as phenomenal the choreography is, it could and probably should be compromised a bit so BoA can perform some live stages. Personally, I don’t mind lip syncing as much as others since as long as the performer is able to deliver a charismatic performance — which BoA consistently does, while I’d admit I’ll feel slightly cheated, I’ll still be pleased as her dancing alone would make for a great performance. Switching weekly from slightly altered live performances to fully choreographed lip synced ones seems like a fair compromise if BoA still wants to highlight the choreography, but what do you think Seoulmates? Is BoA’s lip syncing justified? Does her status as one of K-pop’s biggest veterans really forgive her lack of live stages thus far? Which side do you agree on? Leave your thoughts and more below!