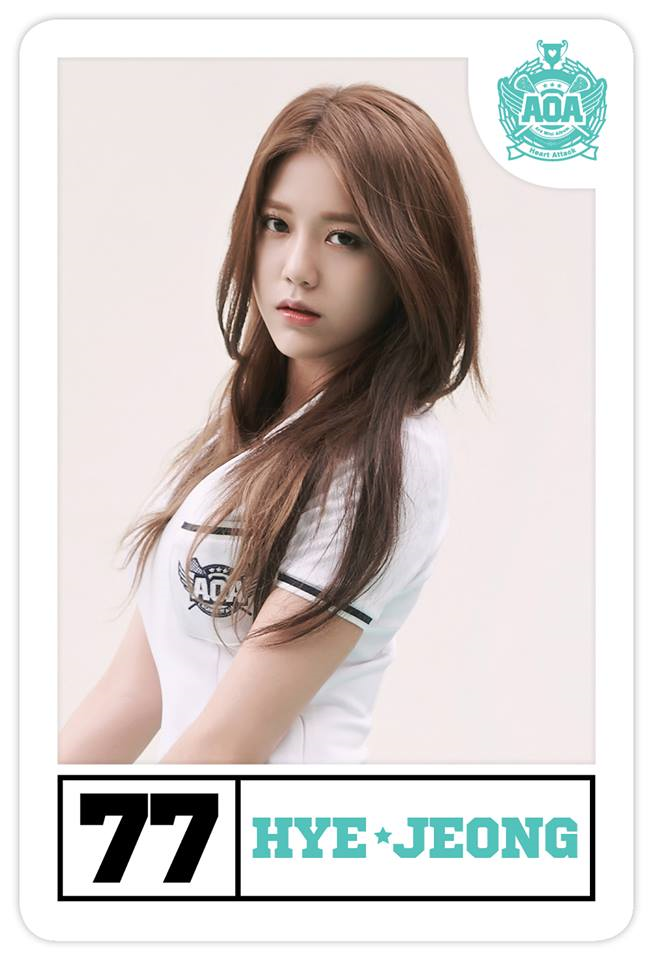 If there is one thing a year-long hiatus from actively following any form of girl group activity teaches you, it is how the business is constantly in a state of flux. New groups are constantly emerging — most of which spend a good part of their careers in obscurity — while plenty of other groups watch their fortunes rise and fall concurrently.

However, as a wise man once said, the more things change, the more they stay the same. That means that who was big in 2013 by and large stayed that way, as do the formulas for a commercially appealing hit (as in, rinse and repeat for B what worked for A).

As for a previous thought I had some time ago about girl groups overtaking guy groups in terms of overall ability, that would have to be debunked. In most cases, girl groups have not really moved beyond the whole “cute-sexy” dichotomy, with few, if any, groups pushing the boundaries in terms of conceptual or musical development.

With that, it’s time to give a take on the current crop of girl groups; and a guess on what the future holds, gleaned from years of observing patterns and some personal forays in the “Same same but different” world of Japanese pop.

The first half of this two-parter will take a look at some of the “current best in class” girl groups, some of whom have found success by catching on to the latest market demands (who said K-Pop wasn’t an exercise in slickness?) 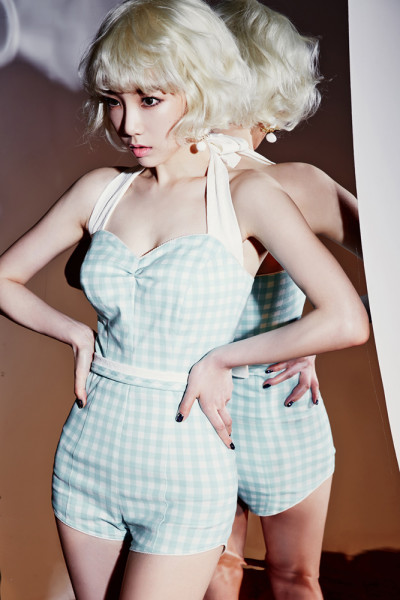 Undisputably at The Top: Girls’ Generation

The group which is still the first port of call for anybody new to K-pop girl groups, and pretty much the defining archetype. The group whose “brand name” is so powerful, it drives sales of side projects such as TTS and the recent Taeyeon solo album (which effortlessly outsold most other releases in the year). The group whose comebacks are observed closely by most K-pop followers, in anticipation of further record breaking feats.

Not even the departure of a core member and accusations of specialising in the safest (and some might say blandest) sound possible could do anything to stop the SNSD Machine. They just switched to an equally tight 8-member performance formation (which probably says more of SNSD’s performance capabilities and versatility, than Jessica‘s abiltities).

As for the music, countless people bought Lion Heart albums without hesitation, which goes to say that there is something about the wisdom of the crowd. Sure, the album breaks no ground in any way, but most of the other groups are just as set in their ways; if that’s how everyone else likes it, who am I to complain?

It is safe to conclude that SNSD could coast along like this for quite some time to come, and if things were to end it would only be after a few years at least. The only question is, how, and why? Even then, it would still be with most of their achievements intact.

Not that far behind: Sistar

Occupying the “not much shame in being second here” spot vacated by T-ara, is Sistar. As with SNSD, it would appear that for 2016, the only thing that really could stop Sistar would be either the public getting bored with their songs, or the zombie apocalypse.

In recent years, the quartet have also had near as equal influence on the digital charts and the general popularity stakes, seemingly aided by the group members being seen almost any imaginable side project (acting, duets, endorsements and a spot on the show where idol rappers go legit.)

But most importantly, they have found their niche and stuck well with it: in this case, it’s a formula of the gym body, wading-pool deep lyrics you can sing along to and gloriously OTT music videos; a formula they very much own.

Sure, you’ve probably seen Sistar do a variation of this song at some point or another since 2012, but who really cares! It still works, and if you failed to enjoy it, I feel a bit sorry for you.

Plus, they deserve some points for single handedly pioneering the “tight dress / mid-tempo tune / sad lyric” trend that passes as sexy, and which has been imitated endlessly.

These three groups have gained prominence from doing variations of the unapologetic sexiness from “Alone.” Despite how some K-pop fans might get snooty at the mention of enjoying a copy, I for one have little shame in admitting that. Nothing wrong with cribbing off the best, especially if done well.

Still, there is only so long that an adaptation works, which would explain why these contenders have gotten to work with tweaking the formula in one way or another.

In the case of AOA, they went with the club-banger approach, supercharging the cosplay, and coming up with dance moves to end all sexy battles. “Heart Attack” does what it says on the tin, by being enjoyable and all, and the members are good at raising the mercury (especially Jimin and Hyejeong), but part of me thinks that surely this “sexy dress up accompanied by loud music” trope is dead faddish, and would probably not stand the test of time.

Girl’s Day threw in as many instruments as possible into “Ring My Bell,” and what could have been the most innuendo-packed, inane, and easy to learn leg-based dance move ever. For some reason though, it all fell flat. The song just became a cluster of noise after the opening 20 seconds, and the MV, just a collage of sexy scenes with little understanding of context. Though, at least Hyeri had her great black hair back.

And EXID stuck to the proud path of “Up & Down” v1.2. Oops, I meant “Ah Yeah.” I liked the really creative use of office equipment, as well as the “novel” approach to dressing-up, and the self-mocking use of the mosaic effort. That’s probably where all things new end though, since the song’s production, vocal treatment, and all else is basically a rehash of the “Up & Down” we all loved. Which brought me on to the point: why not just listen to the original instead? 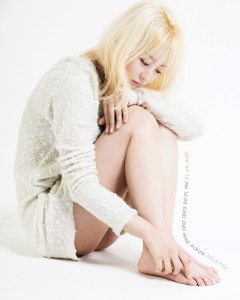 My take on these groups is that they are the Sistar challengers. Sure, they each have their strong points, and they are fairly enjoyable with their upbeat tunes and pretty faces; but it all seems that bit contrived, in light of how well the originals have sewn that market sector up.

It is for these reasons that I see their fortunes for 2016 as being pretty mixed, depending on how their subsequent songs and attempts at re-invention are received.

Anyway, if you found the whole sexy thing way off-putting, that was when A certain group with shades of Pink started to seem oh-so-appealing.

And in the other corner: A Pink

A Pink‘s ascendancy through the K-pop ranks to a level of general recognition matching Sistar on a good day should come as no surprise, given that they are widely regarded as the “alternative” to most of the groups mentioned earlier.

By alternative, I mean eschewing making music videos that would easily score a “15” on the MOGEF scale, attire that does not come across as a sexy cosplay convention, and creating music that is an effective pastiche of the sound loved by girl groups past. Then rinse and repeat, tinkering with the chords and dance moves where necessary.

In case this sounds like a cynical take-down of their musical approach, the music does makes for easy listening. What’s more, A Pink is one of the few girl groups my sister willingly watches with me.

That they are decently funny on variety shows and have a certain huge-lunged Busan native who promotes the group by playing variations of herself in dramas, does not hurt. Mind you, that approach has worked very well for many groups. Sell the people first, get them exposed widely, and everybody would just accept the frankly average music as part of the package; with some groups being that bit more calculated about it than others.

And it was with a sense of trepidation I listened to their latest single “Remember.” Despite most of their songs sticking to the same progressions — and come to think of it, the same order of doing things –, there were some high points, be it when the pastiche was fresh (“My My”), when the sound had peaked (“NoNoNo” and “Mr. Chu”) or when there was evidence of evolution (“LUV”).

However, “Remember” was the first single where nothing about it was particularly memorable (no pun intended). Ironically, the quest to not offend anyone, in any way, made for a song that was very hard to care for. More pertinently, I actually feared that the group’s musical approach might have run its course. 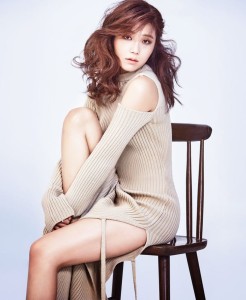 It is for all these reasons that I am cautiously optimistic about their years ahead, especially when the music stagnates and if the group becomes pretty much driven by Jung Eun-ji (not joking, she’s the only A Pink member with her own Wikipedia page.) And as we all know, group splits where one or two parties hold most of the cards (S#arp, H.O.T, post-split Fin.K.L) are never pretty.

And that sums up my take on the more prominent girl groups these days. While they are plenty of reasons to like them (prominent media appearances, easily acceptable tunes, good looking members, ), it all seems a bit like a game of “following the leader and adopting best practice”, resulting in a whole lot of me-too efforts.

This is where setting one’s sights that bit further comes in, and why part 2 is worth reading. Look out for it on Seoulbeats soon!