Nothing New With "Mr. Chu" 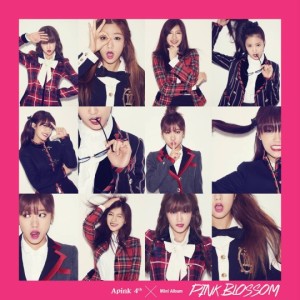 Rejoice, Pink Pandas, for A Pink  has made a return after 9 months.  Their EP Pink Blossom has just been released with the title track”Mr. Chu”, and it’s… very A Pink. It’s not a carbon copy of their previous songs, but it’s not anything really new, either.

“Mr. Chu” is a typical girl group MV, albeit a very well-produced one. The execution is top-notch, and that really makes a difference. A Pink releasing another MV so similar to their previous hits like “My My” and “NoNoNo.” The ladies of A Pink have all fallen in love with a fellow student who plays tennis. We get to see the various members watching him play, putting love notes and gifts into his locker, and despairing over how many other girls have done the same. They also dance on the tennis courts, and it occurs to me that A Pink will succeed in attracting his attention, it’s probably not going to be in a positive way.

The plot of the MV might be standard fare, but the production work is glorious. The camerawork in particular stands out as being far above par. Multiple camera angles are utilized, one great standout being Chorong and Namjoo on the tennis courts. Another plus is that the camera work during the dance sequences is more like a live stage then an MV, in the sense that it shifts to show off the dance from a variety of angles rather than being a simple “point and shoot” job. Overall they cinematography has a very fresh, clean feel that matches the song and A Pinks’ image very well. They also had the guy in question actually appear in the video! Admittedly, it was for three seconds with his back turned, but hey, points anyway.

The other really great thing about this MV is that it really feels like it’s about A Pink as a whole. The members all get fairly equal screen time and lines. Honestly, the fact that members other then Eunji get a decent amount of lines is one the reasons A Pink stands out- they have a powerhouse, but everyone is allowed to shine.  In fact, Eunji is the only member who could be counted as getting shorted on screentime.

All the ladies look fabulous in every shot, from the schoolgirl outfits to the tennis uniforms to the slightly hideous floral dresses and more importantly, unique. No mixing up Namjoo and Naeun this time! Out of them, all though, Bomi really stood out; she was absolutely stunning.

While the MV might be a cut above the rest, “Mr. Chu” is the same old song and dance- literally. The dance has more than a bit of a  “NoNoNo” vibe, just facing forwards this time. In both music and lyrics, Mr. Chu feels like a repeat of A Pinks earlier hits- bubblegum pop with strong vocals about falling in love for the first time with a repetitive chorus.  It’s not a bad song by any means, but neither is it spectacular. “Mr Chu” is just a decent love song, nothing more.

It’s so frustrating that such talented ladies never get a chance to stretch their wings. It is possible for a group with a young, fresh image to sing about something other than a first love. Friendship, the joy of being alive, self-confidence despite not being ‘perfect’, these are all things that A Pink could handle very well without giving up their image. Seriously, it’s at the point where a breakup ballad as the title track would be a welcome and refreshing change.

Your thoughts? Are A Pink sticking to what’s working, or do they need a change of pace?