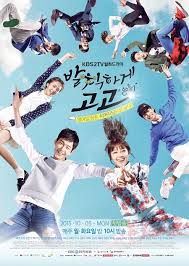 My hopes for Sassy, Go Go, the current Monday-Tuesday drama on KBS, were not high. It’s about a street dance club and academic club joining forces to win a cheerleading competition; something sweet but brainless. Right? Wrong. So very wrong.

Sassy, Go Go is a powerful drama, one that examines and dissects the insane pressure Korean society puts on students to succeed, and how that pressure affects them. The main conflict between the Real King dance club and White Tiger cheer club isn’t that Real King are at the bottom of the class and White Tiger are the top 5%. It’s that the Real King members, led by Yeon-doo (Jung Eun-ji), don’t care. They do terribly in the school rankings — Yeon-doo taking 196th — but that’s not really a concern for her. They all live their lives outside the normal priorities, choosing fun and friendship over grades. As such, they are harassed by the administration and shut down; punished for their deviation.

White Tiger, on the other hand, is obsessed with grades, rankings and colleges

. They view the loud pop music of Real King as distracting and the members losers. Valedictorian Yeol (Lee Won-keun) is the classic drama genius — he’s cold, arrogant and number one without a sweat. His main competition is Soo-ah, who’s obsessed with attending Harvard. This is what kicks off the main plot. After all, Soo-ah can study her ass off, and that plus good test scores will get her into Seoul National, easy. But Harvard? Nope.

American colleges don’t like students with killer GPAs and ACTS, but nothing else. Those students burn out, often failing to adjust to the college environment. American schools want students who are well-rounded, with lives outside of books. That 3.5 GPA and 31 on the ACT are good, but it’s things like vice-presidency of the French Club that show universities that this person is an asset, capable of school/life balance. When Soo-ah gets told this, her domineering mother conspires to have White Tiger enter the regional cheerleading competition: after all, there are only two other schools, and with the Real King kids lured in by the promise of reforming their club, it’ll be a cinch. 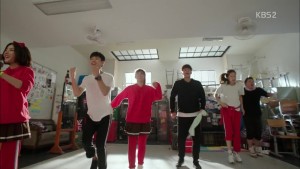 But all that is merely the backdrop against which the brilliant characters shine. Sassy, Go Go thrives on playing with archetypes. Yeon-doo isn’t drama-heroine stupid, she’s just stupid by comparison. She got into the elite Sevit high school on merit, but doesn’t care enough about the grading game to play. She doesn’t fail, she fails to beat other people. She’s a great dancer, a talented leader, and a good friend. These are the qualities she’s staking her future on, and all she wants is for her different priorities to be respected, instead of earning her endless punishment.

Yeol at first appears to be the typical cold-hearted genius, but it’s quickly apparent he’s anything but that. He’s cold to Yeon-doo and Soo-ah at first . . . because he has no reason to like them. Yeon-doo’s club is constantly blaring loud music, and Soo-ah is a bitch. But with his actual friends, particularly Ha-joon, he’s a teddy bear. Once you get off his shit list, Yeol is flirty, playful and loyal. Hilariously, he’s also the biggest rule-breaker in the cast. Yeol skips class, flouts rules, and misses curfew enough for him and Ha-joon to have a “lower the rope” signal, and he manages to get away with it by being number 1 and being quiet, unlike Yeon-doo, who follows rules but not the crowd.

Yeon-doo and Yeol are merely the tip of the iceberg, though. Every character, no matter how big or small, feels like a complete character with their own story happening when we don’t see them. From the touch-averse Dong-jae (N), to the sweetheart Do-mi, every character is distinct, which is impressive considering half the White Tiger kids are unnamed. 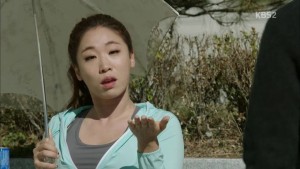 Even the adults are fully fleshed out. Cheer Instructor Nam is hilarious. She takes her job seriously, refusing to be pushed around by the corrupt Principal Choi or crazy mothers, but she refuses to do that job in a conventional way. Teacher Yang is the relaxed, cool teacher, encouraging the offbeat Real King students while still laying down the law. He’s clearly impressed with how Instructor Nam gets the kids to do whatever she commands– via demerits or punishment– and is constantly weighing that respect and her banging body against the fact that she’s  a bit of a butterface.

Separately, the plot and characters are all fun, but what makes Sassy, Go Go great is the suspension holding them together: criticism. Sassy, Go Go is an unending and thorough lambasting of the South Korean educational system and the parents that fuel it. Of all the parents seen, only Yeon-doo and Yeol have decent ones. Yeon-doo’s mother has made her peace with the fact that her daughter doesn’t fit into the mainstream mold. While in the past, she wanted her daughter to study harder, in the present, she encourages Yeon-doo to stay her course. Yeol’s father doesn’t care that his son is valedictorian, just that he’s happy with his life, and is concerned that school pressure will get to him. 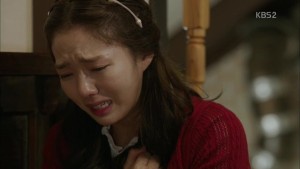 On the other end of the spectrum are Ha-joon and Soo-ah’s parents, who are both grade-obsessed. And this manifests in literal child abuse. Ha-joon’s father beats him for doing poorly, and Ha-joon has been cutting his wrists to cope. Yeol ends up going along with the cheerleading scheme to keep Principal Choi from telling his father about his most recent bout, as Ha-joon is in risk of being placed in a mental institution if his family gets wind of his self-harm. Soo-ah’s mother is emotionally abusive, banning her daughter from friends, hobbies, and calling her every despicable name in the book for coming in second. It’s no wonder she’s a bitch; where would she have learned to be anything else?

Sassy, Go Go is a delight, balancing the lightness of the wacky premise with the heartbreak of its darker elements with aplomb. If you’re not watching this, you should be.