SISTAR has released their new mini album, ‘Alone‘ and along with it came the customary slick MV. To be frank, I didn’t have any expectations or hopes set in stone. Whatever wishes on my part came in the form of good music, adequate screen time for all four girls and less emphasis on their butts, because really, I think we’ve had enough of that.

And were these hopes met? We’ll just have to see, won’t we? 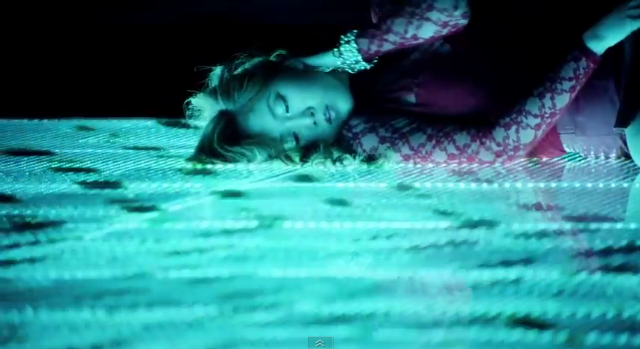 The one thing that really stood out about the MV would have to have been the lighting throughout the piece. In fact, so much of it is dependent on different sources or light and on tones. The majority of the MV employs contrast through vibrant lights and dark sets. We open with that fabulous reflective black floor, accompanied by the red structure which must have caused some jaws to drop. The splash of colour is indeed very welcome; it’s simple but also comfortably eye-catching. Movement also plays a key role, where we have gentle panning during the dancing scenes and more unstable camera work with the scenes of the individual members in Las Vegas. More prominent though, would be the lighting. We have mellower tones with the black sets but we also have half the video drenched in fluorescent blues. Honestly, though, this can be a double-edged sword. Yes, the colours themselves are rich and seeing individual shots of the girls bathed in the light is a treat for the eyes. On the other hand, too much drowns the MV and is rather ruthless on the viewer’s eyes; this is more noticeable with Soyu‘s solo shots on the staircase. Even so, we had the ingenious use of the lit floor–it’s not so much a new or innovative idea, but it’s a wonderful fit for the overall feel of the video.

There was a fair amount of hype around the fact that the MV was shot in Las Vegas. Frankly, they did take advantage of this with some of the outdoor shots, but really, the location definitely wasn’t used to its full potential. While the girls’ individual shots were reasonably well managed, with distinctly different settings for each member (ignoring the over-used club scenes so common in K-pop), some did fall flat. Hyorin‘s shots in the car were well-directed but really didn’t add much to the video. I’d say the same for the group shots of the girls lounging — not just in — but on the bar were once again, aesthetically pleasing, certainly, with the brilliant, sensual red costuming and background lighting. Still, it was in no way gripping and really seemed to die away as some more vibrant shots got their fair share of screentime. The opening was promising yes, with the brighter and seemingly exotic shots juxtaposed against the more muted dance sets. However, the rest of the MV seemed to lean towards dull club scenes which are not at all engaging, considering how overused they are. Nearing the end of the video though, the camera work certainly started to pick up, running with the music that had stepped it up a notch. Still, while the shift in pace was indeed welcome, it still fell flat, though I’d really blame the song for this unfortunate end on a flat note.

The MV was thoroughly enjoyable to watch due to the quality production it had. In fact, I’d say that it’s memorable for the vibrant colours and lighting effects employed, despite some points being rather stressful for the eyes. The girls themselves weren’t the best actresses in some instances and the dance scenes lacked somewhat — but they’re issues to be addressed a little way down the track. Looking at this MV from this angle though, it receives a solid 4/5 from this viewer. 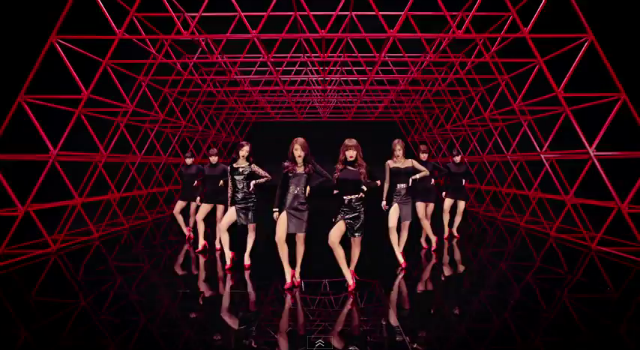 In terms of performance, SISTAR really didn’t disappoint, but they still failed to make a strong impression. Indeed, the choreography was a perfect fit for the music and the constant repetition of the ‘leg-sliding’ dance really embeds it into the viewer’s mind. Furthermore, the costuming is tailored to fit the choreography and really, that’s always something of a novelty to see. Some points of the choreography, apart from the blatant attractive-legs things that is sold to us too much, were well-done, such as the initial movements, with the girls wrapping their arms around themselves really conveyed a sense of insecurity.

However, everything about the performance lacked — it wasn’t quite attention-grabbing, which is what we need. “Alone” is a song focused on the pain of losing a loved one, it expresses the loneliness that is felt in the absence of a loved one. It’s a different kind of emotion for SISTAR to tackle and for the most part, they did it fairly well with the song, with it’s slightly withdrawn quality. Hyorin especially, performed well in “Alone” especially since she seemed to be singing in a much more comfortable range. Dasom and Soyu too, sang well with voices almost dissipating at the end of their notes. This intentional whisper-y quality is a clever and almost necessary part of the song for it brings across a sense of weakness that loneliness connotes. Any deep-set concerns would lie with Bora. In previous songs, her rapping didn’t really come off as awkward or out of place and in “Alone” her delivery is consistent too. The problem here though, is that she hasn’t accommodated the song. The placement of the rap, with the bridge, where the arrangement picks up, growing stronger and more vibrant, seems to hide this awkwardness. Hyorin’s two spoken lines which interject are well-delivered and plays an essential role in spicing up the bridge and continuing the flow of the rap break. Overall though, the SISTAR’s performance of “Alone” was well done and quite deserving of the 3.75/5 being handed to them. 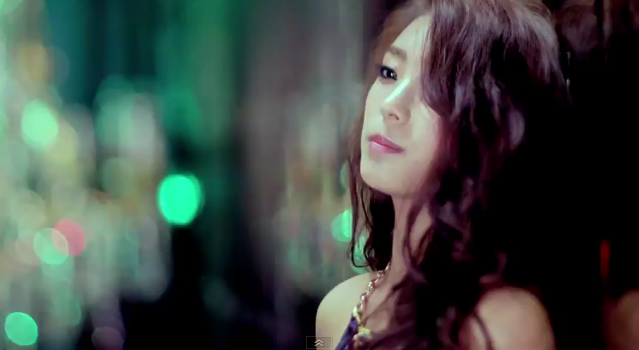 Portrayal of emotions is a central issue in this video. Now, idols aren’t necessarily (good) actresses, we are pretty well acquainted to this fact; so my expectations weren’t too high. However, Soyu and Bora were two members who stuck out as lacking in that department. Soyu appeared to have difficulty in expressing the kind of pain or frustration that was required. In the end, she came off as rather cold and detached. Dasom too, seemed to have a similar type of problem, although she presented a more vengeful and sour expression which is indeed apt and was to a degree, strong. Bora though was smiling in several of her shots — not that the other members weren’t (Hyorin being one of the culprits) but even so, has some great individual shots where the emotions we’re looking for come across fairly well. In the end, it’s really the switch from appropriate to strangely out-of-place which really knocked her performance off balance. Of all the members, it’d be Hyorin who got closest to nailing that pain of loneliness (although Bora’s initial efforts are commendable). Even so, the overall MV doesn’t have a lot of depth in it and that’s a part of the reason why SISTAR get’s a 2.5/5 for this section (and I’m generous here, really).

Maybe SISTAR isn’t your favourite girl band around but they do seem to be heading in the right direction, with a well-shot MV to boot.