After years of teasing, Woollim Girls will finally see the light of the day. The group has been in the works for at least five years now, to the point that it has been merely touted as the Woollim Girls as there’s no rumoured group name yet. This is the second big idol group that Woollim will be managing, effectively the sister group to Infinite.

While their debut was initially teased for the beginning of 2014, there was no official word about it until now. On October 7th, Woollim finally tweeted some news regarding this long-awaited girl group.

Yoon Sang, a well-know composer and producer in Korea, will be handling the debut album of the girls. This already seems to have gained some credibility with the audience since Yoon is famous for his quality songs with proof in the form of the many composer awards he’s won throughout his long career. As they are the first girl group of Woollim, it will be interesting to see if Woollim’s success with Infinite will rub off on their labelmates. However, it seems that the girl group will be heading down the vocal/ballad route, a departure from Infinite’s sound, which tends to favour dance track producers such as Sweetune and Rphabet. 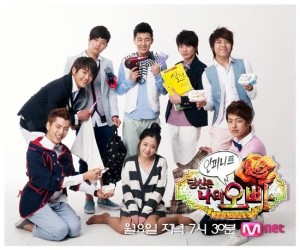 Prior to the group’s debut, Woollim has started to showcase the abilities of some of the members to the public. Half of the group have already made some sort of public appearance, and Woollim has confirmed these four girls in the final line-up. Baby Soul already released solo track “Stranger” featuring Wheesung in November 2011, and she has featured frequently in a number of Infinite H‘s tracks. Her mature vocal tone and impressive range definitely push her to be one of the main vocalists in the group. Yoo Ji-ae (who also starred in Infinite’s debut reality show You’re My Oppa) released “Delight,” and Jin had “Gone,” both in 2013. And the last confirmed member, Lee Mi-joo, starred as the female lead in Infinite’s “Last Romeo” MV. (Perhaps she’s the visual?)

With their solo ballad tracks and Yoon’s hand in the production, it seems as though Woollim will be focusing on impressing the audience with the girls’ vocal ability. Substance over style, I approve. At the SBS Gayo Daejun 2013, the girls joined their sunbaes Infinite as dance partners for the performance of “Man in Love.” This is the closest thing we have to the full line-up of the girls, who will officially make their debut some time in November.

Do you think these girls will be able to make an impression with their debut?