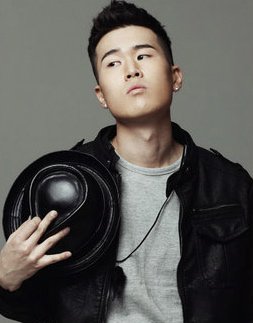 From relative unknowns to receiving this year’s “Songwriter Award” at the Melon Music Awards, Duble Sidekick out-produced all of K-pop’s top freelance hit-makers, the likes of Kim Do-hoon, Jo Young-soo, and Shinsadong Tiger, by composing the highest number of highly charted hits songs in 2012. Drawing upon its success, it’s recently started the management label Duble Entertainment and expanded its team of composers to nine. This growing production team is changing the sound of K-pop one hit at a time. Let’s explore the origins of Duble Sidekick and how it has become a savior for those who seek greater musical diversity in the industry.

Michael Kim, also known as Chance from the trio One Way, is the man who built the team of composers known as Duble Sidekick. Debuting in 2010, One Way received modest success domestically and abroad with its niche of hip hop and R&B which reflects a genuine artistry that distinguishes it apart from the rest of the industry. While One Way’s sound and image doesn’t rival the mainstream appeal of Epik High, it has received acclaim for making music which is soulful and smooth, resonating in the American R&B tradition. With members having grown up in Australia and Los Angeles, the group is fluent in English and cites musical inspirations from that of American R&B artists, and these influences definitely show in the group’s musical releases. After its last musical release in early 2011, the group went on hiatus as Chance began producing for some big names. It was decided that the other two members, Peter and Young Sky, would continue as a sub-unit titled Detour while Chance kept busy with his producing activities.

Meanwhile, Chance created a name for himself in 2011 by producing superb b-sides for the likes of 2PM and Super Junior, male groups seeking smooth and sensual pieces to complement their title tracks. Chance’s knack for creating sentimental tracks for male artists was on full display in Bang Yong-guk’s pre-B.A.P release featuring Beast’s Yoseob, “I Remember.” The song combined a soft and touching piano-synth instrumental with Bang Yong-guk’s deep-voice rapping and Yoseob’s stellar vocals. In hindsight, it was quite the collaboration between the three, but it was sadly under-promoted due to broadcasting restrictions placed on the violent content in the MV.

Chance’s breakthrough as a producer came towards the end of 2011 when he received the offer to produce MBLAQ’s entire mini-album. Grasping the opportunity, he partnered with lyricist Park Jang-geun to form the original team of Duble Sidekick. The team started 2012 off strong when MBLAQ released 100% and its lead single, “This is War.” The comeback was quite a success for MBLAQ as it stayed within its melodramatic image with the lead song’s striking intensity, magnified by the orchestra and piano instrumental. The album’s other promoted song fared similarly well on the charts despite being less promoted than “This is War.” “Scribble” is a much more mellow song consisting of MBLAQ’s signature Latin-style instrumental mixed with a touch of Chance’s preferred R&B style.

Following on the success of 100%, Chance’s next hit came from his collaboration with Miryo in her solo debut album and lead single. “Dirty” featured a pleasant rap rock composition displaying the high degree of flexibility in Chance’s compositional arsenal. Moving away from boy bands, Chance directed Duble Sidekick in various musical endeavors. Chance and his team worked with a wide arrangement of artists in catering to different musical styles ranging from reggae in Skull and Haha’s “Busan Vacane,” ballads for Baek Ji-young, Huh Gak, and Zia, along with taking part in the summer’s smash hit, Sistar’s “Loving U.” Duble Sidekick’s large body of work in 2012 is unquestionably due to its willingness to take on projects which challenges and expands upon its composers’ musical repertoire.

Nevertheless, it still serves those clients who seek mainstream hits through Chance’s smooth and relaxed R&B style, which is made especially potent when combined with strong male vocals. Groups who don’t necessarily fit the bill are willing to undergo a transition in order to collaborate with Duble Sidekick. Take B1A4 and Dalmatian for example. They went from flower boys to depressed men sulking in their own pain. But one can’t argue that their new sound and image hasn’t done wonders for their popularity. Although Dalmatian’s “E.R” wasn’t a mega success, the boys’ newfound beastly image reminded us that they were still around. “Tried to Walk” brought much more musical complexity to B1A4 as its success can be attributed to how well the song’s sad tone and sensuous beat suits the winter season. Whether it’s hot or cold, rain or shine, it’s never a bad time to have Duble Sidekick on your side.

Unlike other established hit-makers who demand a large amount of control from their clients on the creative aspects of music and concept, Duble Sidekick seems to cater more towards the image and sound that the client actually wants. Instead of falling into the common trap amongst freelance hit-makers of specializing in a specific category of music (such as hook songs with Shinsadong Tiger and electro dance with Brave Brothers) and earning the reputation of only making one type of song with a very narrow range in musical style, Duble Sidekick has avoided this problem by showing that it can create hits in any style or sound.

This is most evident in Duble Sidekick’s collaboration with B.A.P. In reuniting Chance with Bang Yong-guk, one would think that Duble Sidekick would create another hard hitting rap ballad resembling “I Remember.” However, “Crash” and “Stop It” were far from what was expected from B.A.P at the time as these songs marked B.A.P’s schizophrenic transition from beastly and masculine to cutesy and adorable. This unexpected twist tells us that B.A.P didn’t have to bend to the stylistic preferences of Duble Sidekick, but that the team was hired with the purpose of smoothening B.A.P’s transition from man to man-child. And from the results of our recent fan polls, it seems like it’s accomplished quite the chore.

Duble Sidekick has recently helped debut The Seeya with two lead singles, “Be with You” and “Poison,” both up tempo ballads. Again, they conformed to the client’s desired image (of being created in the same exact mold of defunct ballad group Seeya) while producing hit songs that go well with the concept. Its work in debuting The Seeya and transitioning B.A.P are significant indicators of how valuable and in demand it is amongst agencies seeking commercial success without having to compromise their group’s desired image. As for the playing field, Duble Sidekick seems to be the only production team which provides such flexibility in its work.

Following in the footsteps of E-Tribe, Brave Brothers, and Shinsadong Tiger, Duble Sidekick has also started working on a project album featuring collaborations with a wide away of top artists, created its own management label, and will be looking into producing its own idol group. While history has shown that top producers don’t necessarily make great idol groups (Dal Shabet as proof), perhaps Duble Sidekick’s musical diversity won’t ensnare its future artists into the trap of sounding like a bad remix of its creator’s past hits. 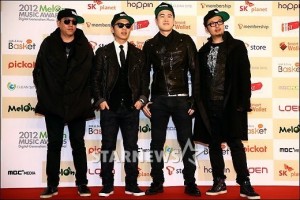 In conclusion, Duble Sidekick’s biggest competitive advantage to other freelance hit-makers is that it doesn’t impose a set sound or style in its productions. This is evident in the high number of genre-varied chart-topping hits it’s produced in 2012. It’s ability to conform to the conceptual direction of its clients while still producing diverse quality music is the reason why it’s in such high demand and will be in even higher demand in the future as artists tire of being short-changed by K-pop’s current stock of static hit-makers who handcuff their clients to a specific sound.

Chance and his growing team of composers are set to make 2013 an even better year for the developing diversity of K-pop, one which will perhaps change the landscape of the industry entirely. Its diverse range of composition will influence other hit-makers to widen their musical styling in order to stay competitive. Those set in their old ways will be forced to collaborate with other composers to speedily evolve their sound and add diversity to their product. In turn, the time will come when we look back at this current age of K-pop in the fondness of memory and say “Remember when artists used to all sound the same and swapped producers every few promotion cycles in order to give fans a refreshing change?” Not anymore. Thanks to Chance and his team of game-changers, they’re set to take the K-pop world by storm bringing greater change and musical diversity with every release. At least one can hope.

What are your thoughts on Duble Sidekick’s incredible year? What do you expect from Chance and company in 2013? Leave your comments below! 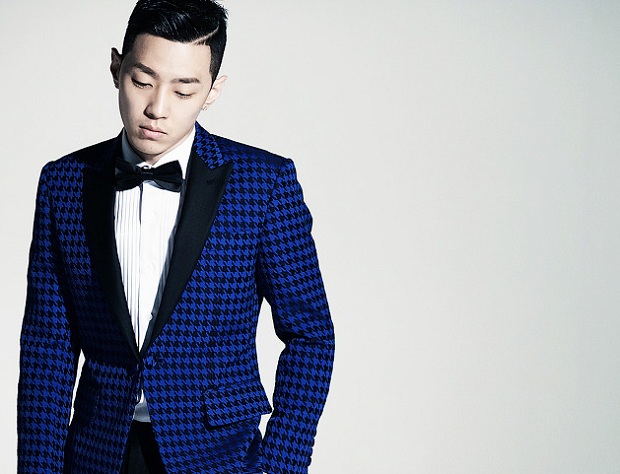 It’s A Typical Day: One Way Asks “Would You Be” 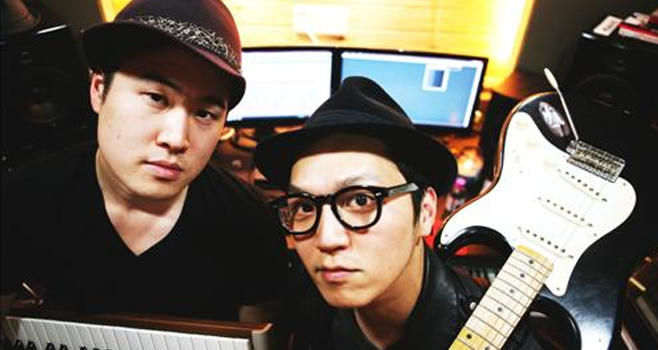 Sistar Is Ready for Summer with “Give It to Me” 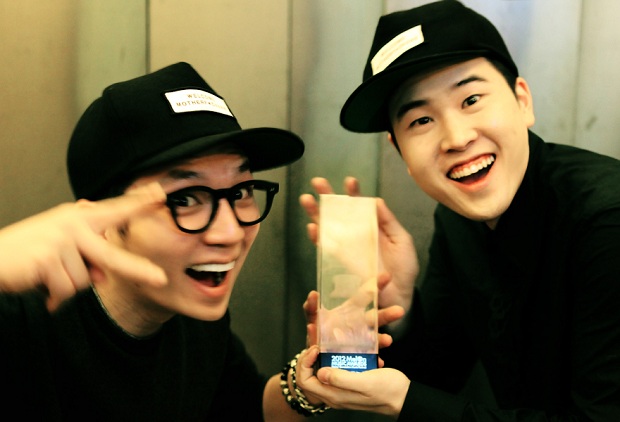