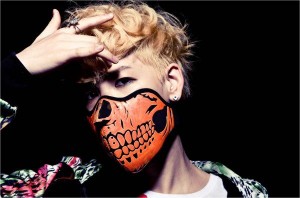 In the arena of music production, good things tend to come in twos. Sweetune and Duble Sidekick are examples of production teams which formed around a magical pairing of two hit-makers. As the idol market becomes more and more flooded by pretty faces and stunningly crisp choreography, certified hit-makers are the difference-makers determining whether an idol group flops into the pits of ambiguity or rises to the peaks of stardom. The music industry’s main goal is to sell music, and so the success of an artist relies heavily on how well it does on the charts (with U-Kiss being an absurd anomaly). In many cases, it takes just one hit song to transform a group from nobodies into cherished darlings.

We’ve already covered many of the renowned hit-makers in the industry, and here are three more who have definitely demonstrated their talents through their works. However, because they do not work with artists from the big 3, nor are they super  flashy with their (lack of) audio signatures (unlike the infamous “Brave Sound,” “Mordney Present” from back in the day, and most recently, “D-Duble Kick Music”), nor do they have fancy production names (yet), they are thus not as quite well known. It’s time to give this trio of dynamic duos the recognition they deserve.

It’s unquestionable that the magnificent gain in popularity that B.A.P has realized over its past year and a half since debut is largely due to the work of TS Entertainment‘s hit-making duo of Kim Ki-bum and Kang Ji-won. Exploding onto the scene with an unyielding ferocity and energy, B.A.P is the brainchild of TS’s production team. Kim Ki-bum and Kang Ji-won have been responsible for most of B.A.P’s hard-hitting hits including three relentlessly powerful tracks in what will be known from now on as the “Warrior” trilogy: “Warrior,” “Power,” and “One Shot.” After a short stint of going cutesy due to musical production work being outsourced to Duble Sidekick, B.A.P returned tougher and with more attitude than ever with “One Shot” to solidify its sound and image as one of the most astonishing and unique in the industry. 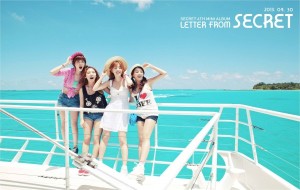 Of course, Kim Ki-bum and Kang Ji-won aren’t by any means new to creating an idol group with a very distinct image and sound — B.A.P was their second go. The two gained plenty of hit-making experience by producing for Secret and turning its four members into the retro queens of K-pop. Secret is undoubtedly the pair’s love child because they have yet to hand the quartet over to an outside producer when it comes to their promotional tracks (correction: exception being the digital single “Talk That”).

Kim Ki-bum’s and Kang Ji-won’s lone accomplishment in their freelance work for an artist outside of TS Entertainment comes in the form of “Oh! My God” by Girl’s Day. This song is terribly catchy and horribly addictive. If B.A.P and Girl’s Day are any indication, one thing that the two excel at is taking concepts to the extreme, and they do just that for the aegyo image in “Oh! My God.”

Kim Ki-bum and Kang Ji-won are seasoned pros when compared with these following up-and-comers who you may be hearing a lot from very soon. A name to definitely get to know is Seo Yong-bae. His first major production was through B1A4‘s debut single, “O.K.” Since then he’s teamed up with Seo Jae-woo in producing for Cube Entertainment artists including 2Yoon, 4Minute, and what seems to be their love child in BtoB. Having produced most of BtoB’s discography to date, including all of its promotional singles, Seo Yong-bae and Seo Jae-woo have demonstrated their diversity by stretching BtoB’s concepts from angst-ridden to love-stricken to pajama-wearin’.

Seo Yong-bae is not exactly monogamous in his musical partnerships (he also partnered with Kim Dong Hoon in crafting “Mermaid Princess” for team Mystic White in The Color of K-pop project), also working alongside Lee-Gi (otherwise stylized as Iggy) in creating some of 2012’s biggest hits. Having crafted Ailee‘s smash debut single, “Heaven,” the two have been called upon by Pledis Entertainment to produce lead singles which include Nu’est‘s “Action,” Orange Caramel‘s “Lipstick”, and Hello Venus‘ recent release, “Do You Want Some Tea?” One thing that distinguishes these songs is the hit-making duo’s ability to match quality vocals with an uplifting and irresistible beat, an ultra deadly combination. Witness for example the insanely catchy instrumental for “Do You Want Some Tea?” which has been derived from the timeless classic, “Pachelbel’s Canon.”

It only takes one song for me to really get into an artist and these hit-makers are the primary reason I’ve grown fond of the artists mentioned above. In fact, one song is all it takes to cause a 180-degree change in one’s perception toward a particular artist. I was heavily against the flavorings of Girl’s Day and Orange Caramel until “Oh! My God” and “Lipstick” lured me into their saccharine nests. Similarly, I was overly harsh on Hello Venus in my review of “What Are You Doing Today?” but I’ve been struck by Hello Cupid’s arrow ever since hearing the group’s latest release.

Which hit-making duo(s) will you be keeping an eye on? What songs have you encountered that had the power to instantly turn you into a fan of a particular artist (and for extra credit, tell me by who it was produced)?