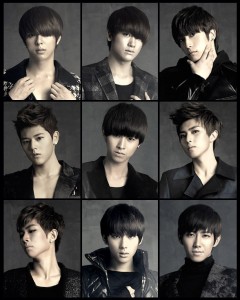 ZE:A, a.k.a. the male version of Nine Muses, returns with Illusion, their latest installment in the Middling Band Diaries. For three years now, they have declared and reiterated their ambition to be on top. If “the top” they were referring to was that of the reality television circuit, then mission accomplished.

With Kwang-hee alone, the king of variety shows, they are truly unmatched in that arena, and that’s not even counting the contributions of the hilarious Dong-jun and Siwan, the, uh, tall Hyung-sik, and everyone’s favorite toothy-grinned Aussie in K-pop, Kevin. But in terms of their music, despite having the charisma and the vocal goods, ZE:A seems to be all bark and no bite.

Illusion is consistent with this chronic avoidance of actualization. A melodic DeLorean, the 5-track mini-album transports you to the late 80s and 90s with strident, synth-based power pop, a brief foray into New Jack Swing, and a sprinkling of the Bad Boy Entertainment sound of the mid to late-90s, back when Diddy was still called “Puffy.” The uptempo tracks are fun and while the slow songs are romantic, but none manage to occupy your thoughts for too long after a listen. While it’s a departure from their previous, contemporary electro-pop efforts, it doesn’t make any bold statements or display their artistry to the fullest. Illusion is a wholly adequate release, but nothing to write home to mom about. 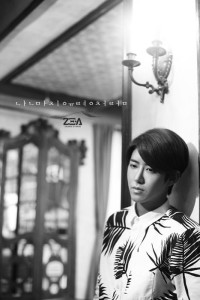 It starts with “Crazy,” a delightfully cheesetastic, synth power-pop, 80s throwback—the cousin to Infinite’s “As Good As It Gets” from their album, New Challenge. Slater and Jessie would totally jam to this at The Max on Saved by the Bell before the afternoon devolved into a spat about him being a “sexist pig” and her being “too uptight, mama.” Replete with power guitar riffs and that almost siren-like keyboard phrasing found in Journey’s “Separate Ways,” the song manages to be upbeat, yet convey the romance of being in love against your better judgment through a dreamy melody.

Oddly, though, that 80s sound is punctuated by the mid to late-90s Bad Boy Entertainment signature, rubbery record scratch. I’m expecting Mase and Puffy to drop a comatose verse or two at some point because of this jarring anachronism. Still, it doesn’t take away too much from the song. This may be the album’s best, if not most impressive track. ZE:A fully commits to that New Kids on the Block Era cheddar (save for the late-90s misstep), and because of that, “Crazy” one of the most audacious musical statements of the album.

Illusion chugs along with track two, the single “Ghost of the Wind,” and the transition is smooth like butter. The song begins with a perfect 80s drum and guitar opening, consistent with track one, then the actual beat drops, revealing straight synth-pop with a drum machine disco beat. Those first few seconds are promising, but the song eventually settles into something rather formulaic.

Written and produced by Duble Sidekick, who brought you Sistar’s “Give It to Me,” it features the production team’s signature, high-flying strings that amp up the drama, turning longing into LONGING for Sistar, but add an energetic sweetness to “Ghost of the Wind.” Altogether, the track is cute and danceable, but not noteworthy. The vocals are on point, though. And hats off to whichever member sings the high notes in the harmony. Somebody must have popped a blood vessel!

“Step by Step” is track three, a sonic companion to “Crazy” with a more updated sound—the low-fat choice, as it cuts back on some of the cheese. But the math shows that this reduction in cheese decreases the total fun quotient of this song, in comparison to “Crazy,” by roughly 33%. (Numbers don’t lie, folks.) It opens with expectant acoustic guitar bolstered by twangy electric guitar, a contemporary country touch that lets you know that some inoffensive pop-rock is coming or a fabric softener commercial has just started. At this point, you’re already not expecting much. 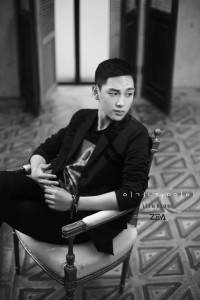 Then the song starts in earnest and, despite those high-flying strings and the driving beat, this song is a snore and a half. But you decide to ride it out until the deal-breaker hits: 10 seconds of the most ill-placed, awkward rapping ever to completely break the stride of a song. It makes like the Kool-Aid man and just bursts in! And that’s when you decide you’re done with “Step by Step.”

Next up is “U’re My Sweety,” a slow song and welcome change of pace. It’s also an absolute schmaltz fest, as the title suggests. But a lovely melody, quiet acoustic guitar, and lullaby vocals make lyrics like “you’re my cutie, you’re my pretty” bearable, or at least ignorable. The interjection of rap verses here is somehow more seamless than in “Step by Step,” despite the slower pace and quieter mood, most likely because their gentle delivery make them a continuation of the tenderness of the song.

In another probably-unintentional nod to Bad Boy Entertainment from the 90s, “U’re My Sweety” features a near identical beat to former Bad Boy artist, 112’s 1996 hit, “Cupid.” All in all, “U’re My Sweetie” is a cute, soothing tune that does well to get the album back on track after that disastrous rap in “Step by Step,” but, as an indication of how not special this song is, it’s most memorable quality is that in reminds you of another song! 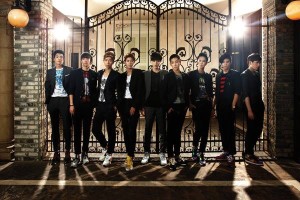 Finally, there’s “No. 1,” what I consider to be the second best track because it, too, makes one of the more emphatic artistic statements on the album. At the beginning of the song, Kevin’s exclamation of “chyeah!” over a synth klaxon that eventually becomes the baseline indicates the party is about to get started! The song represents a return to the late 80s/early 90s, referencing New Jack Swing, the R&B-hip hop hybrid genre from that period and a highly effective party-starting device to this day. (Play “Poison” by Bel Biv Devoe in a room full of people and you’ll witness this firsthand.)

As in the first track, “Crazy,” the guys go head first into the retro sound and don’t even flinch. Capable vocals and an appropriately–placed rap interlude show that they have ownership of this song. This DBSK-esque jam is a nice way to finish off the album, leaving one of the few lasting impressions.

Illusion offers up an enjoyable collection of tunes that are melodic, nice listening, but don’t allow the members of ZE:A to display the full breadth and depth of their talents and creativity, which is a shame because we all know that there’s more to ZE:A than what we’ve seen over the last few years. Let’s hope that with the next release, they go full in because, in the immortal words of Kirsten Dunst, if you want to be the best, you have to “Bring it!!” I’d give Illusion a 3/5.