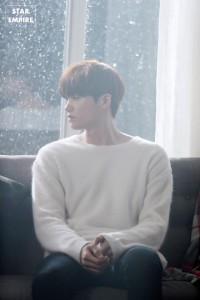 After a long bout of silence from boy band ZE:A, fans will surely be delighted to hear that member Park Hyung-sik looks set to make his solo debut! The group went through many hardships last year, including a confrontation between leader Lee Hoo and the group’s company, Star Empire. Now, it seems like the members are looking to leave the past behind, with Hyung-sik’s solo debut being one indication of this.

The teaser has just been released and sets a sombre mood for Hyung-sik’s debut, which is quite different to his usual on-screen personality. 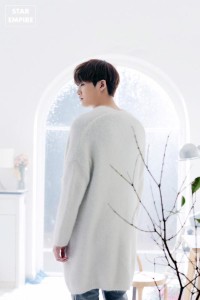 The teaser is simplistic and moody, showing Hyung-sik watching the pouring rain outside. Hyung-sik sings just one simple line, “One day, one place, somewhere,” before abruptly ending. His debut looks set to be an emotional ballad, which will allow him to showcase his vocal abilities.

The full MV will be released at the stroke of midnight on the 11th of March, setting this year up to be a great one for Hyung-sik. He’s rumoured to be on the next season of Laws of the Jungle, which will help him flaunt his individuality for solo promotions.

Star Empire has released teaser photos as well, bragging about Hyung-sik being their “broad-shouldered gangster” and getting fans excited about his debut.