Just a few weeks ago, we gave you a rundown of the most active and successful K-pop composers of the first half of 2014. Standing out from the rest was Duble Sidekick, the duo of Michael “Mikey” Kim, also known as Chance, and Jang Geun-yi.

The two men are relatively new to the scene, having formed as a team in late 2011, but they’ve amassed an impressive catalog of hits, including “Something” by Girl’s Day and “Good-night Kiss” by Hyosung, as well as SISTAR’s “Give it to Me” and Donghae & Eunhyuk’s “Oppa Oppa.”

In our composer rundown from earlier this month, Willis noted the implications of Duble Sidekick’s current influence in the K-pop industry:

Not to discredit their accomplishments, but this back-to-back work inevitably brings up questions on quality and mass production-type music. Is it really possible for them to create so many songs and retain their artistic integrity, as well as remain original? What does it say to have almost every artist sharing the same producer of their work?

Such a concern reminds us of frequent complaints against another popular composer that has carved out his own major pocket of influence in popular Korean music, Brave Brothers. While sole producer Kang Dong-chul has spent ten years in the industry, beginning with a long-term stay at YG Entertainment, it’s over the last five years that he’s appeared omnipresent on the K-pop scene.

It’s become common to have multiple active promotions centered on songs all produced by Brave Brothers, demonstrating that the alleged “Brave Sound formula” has been utilized by many entertainment companies hoping to score a guaranteed hit. SISTAR and its subunit SISTAR 19, for example, earned a sizeable set of hit songs thanks to Brave Brothers’ production. 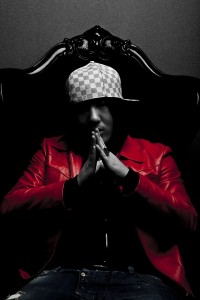 Unfortunately, as Willis suggests, so much activity as a producer is often inversely proportional to the number of new ideas a producer can bring to the table. The criticism aimed at Brave Brothers for producing formulaic compositions with uninspired, repetitive hooks isn’t unwarranted.

The accused claims that he simply responds to the needs of the K-pop industry, which is admittedly ten times as formulaic as anything he’ll ever produce, but his self-awareness is a bit discouraging. As a producer with so much clout, Brave Brothers is in the perfect position to bring variety to the industry. Complacency, while understandable, only perpetuates the problem.

Will Duble Sidekick suffer the same fate? With their rise to the top of the K-pop producer food chain, we’re seeing more variety in their popular compositions. This year we have Hyosung, T-ara’s Jiyeon, and G.NA all promoting around the same time with tracks from Duble Sidekick. In theory, this would be a recipe for a really boring three-peat of the same sounds, especially since these are three female solo artists.

Yet interestingly enough, “Good-night Kiss,” “Never Ever,” and “Pretty Lingerie” diverge quite well from each other. “Good-night Kiss,” while somewhat standard in its catchy, upbeat presentation, hits all the right chords as a dance-pop track with some unexpected trap influences over the structure of a breathy lullaby.

Duble Sidekick shifts further to the cute side with “Pretty Lingerie,” allowing G.NA to hit all of her usual notes as bright-sounding horns sneak in during the chorus. With Jiyeon’s “Never Ever,” the composition takes an angsty turn with quiet, barely-there instrumentation carrying the lead vocals. The driving chorus actually ends up sounding derivative of what Brave Brothers has done before for female girl groups, but clearly updated to feel less saturated with sound.

Granted, this alone doesn’t let Duble Sidekick off the hook just yet, but also consider their composition of tracks like ZE:A’s “The Ghost of the Wind,” MBLAQ‘s “It’s War,” and Miryo’s “Dirty” as well. All three of these tracks have very few comparable elements, using different combinations of strings, synthesizers, piano, and drums to create three distinguishable tracks.

As producers, Duble Sidekick seems more capable of catering its skills to a wide variety of artists, without operating based on a predetermined formula of how the song will be composed. Duble Sidekick have shown that they take some consideration of who they are producing a song for and what image that person is trying to convey.

Over time, Brave Brothers has not been as proactive with this task. Songs like After School’s “First Love” and Sunmi’s “Full Moon” easily could have been swapped or given to another artist and no one would’ve blinked an eye. Unlike the situation with Brave Brothers, we haven’t yet seen K-pop artists molding themselves to fit Duble Sidekick’s style. This makes their future as leaders in the industry more promising.

As former members of groups themselves, the men of Duble Sidekick have a background in hip hop and R&B, but they have been flexible enough to show various influences in their work, from pop, to rhythm and blues, to rock, to electronic dance music. By working with both popular and indie artists across genres, they’ve been able to flex their creative muscles by working with many different styles.

There is no single formula that can define their work, and in an industry that’s prone to staleness, this type of producer is all you can ask for. Unlike Brave Brothers, Duble Sidekick doesn’t have a history as an in-house producer for a company, thus they’ve never been tethered to one type of sound or a small group of artists.

Much of Duble Sidekick’s artistic integrity revolves around their ability to remain diverse within the realm of Korean popular music, which is known for favoring consistency and familiarity over taking risks. 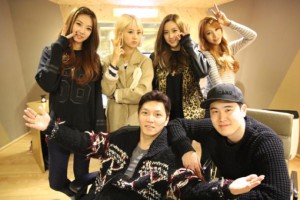 At this point, I can’t say that Duble Sidekick has taken many risks with the artists they’ve partnered with, but they’ve shown mastery in catering their production to an artist’s style, which is probably more important than anything else.

An announcement that an artist is making a comeback with a song produced by Duble Sidekick gives me very little preparation for what the song will sound like. Right now, I can’t say the same for Brave Brothers, who can be held somewhat responsible for promoting stagnancy in the industry.

The next step for Duble Sidekick would be to continue on that trend despite their ongoing success, and to avoid succumbing to the complacency that many producers are prone to in the mainstream music industry.

Do you think Duble Sidekick can manage it without losing steam, or is the industry not prepared for producers that can’t play ball with established formulas? 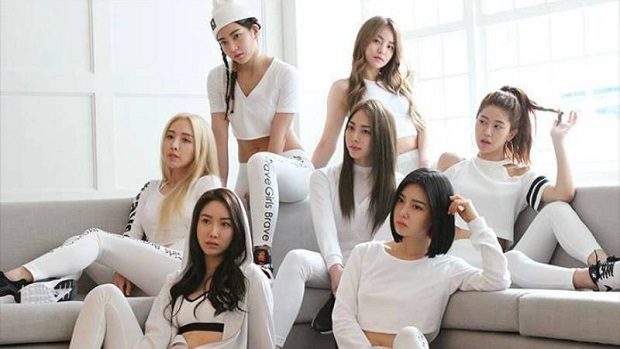