It’s already the halfway point of 2014! At around this time, the K-pop industry often reflects on the progress of music hits through the year — hits and misses. An article from MBN recently listed the top ten composers of 2014 (so far), based off the number of weeks spent in the top ten of the digital charts, via the songs that they’ve composed. Popular production duo Duble Sidekick land at number one with their hits staying in the top ten charts for a collective 20 weeks. A few idols have also made the list. Some newer names that have definitely rocked the scene this year are Esna (with Kim Do-hoon) and Lee Chan-hyuk from AKMU. Let’s take a look at some of these composers, discuss their contributions, and provide some predictions for which composers will end up on top at the end of 2014.

First of all, there are a bunch of established hitmakers making up a significant portion of this list. YG Entertainment’s resident composer Teddy has come in fifth with his works for, and with 2NE1. The Underdogs who’ve worked with SM Entertainment,are in ninth position with their production on “Mr. Mr.” and “Overdose.” Brave Brothers, who are well known for churning out a distinct sound, have come in eighth. Noticeably absent is Shinsadong Tiger, who in prior years has been one of the biggest names in the business. It’s a surprise given how he produced some notable hits in 2013 — these include “U&I” by Ailee and “NoNoNo” by A Pink. This year, he’s produced Dal Shabet’s “B.B.B (Big Baby Baby),” and he’s been behind singles for Speed and C-Clown. Perhaps, there’ll be more higher charting songs from him and his production camp as more idols make their comebacks later in the year. 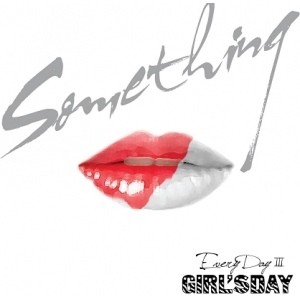 Of all the notable production teams, Duble Sidekick seems to have figured out the formula to creating songs that sell extremely well. Their biggest hit this year “Something” stayed in the top ten for 10 weeks. In an interview they did with Ilgan Sports, they pointed to a few factors — such as “think[ing] about everything from the performance to the music video, and matching the song atmosphere” and not having a singular distinct ‘Duble Sidekick – sound’ — that were likely to have spelt their success. Quite startling is the number of songs that they aspire to get registered with the Korean Music Copyrights Association — they want to have 200 songs released this year alone. Based on the number of projects they’ve completed, with singers like G.Na, Hyosung, and Jiyeon, they seem on track to meet that mark. Not to discredit their accomplishments, but this back-to-back work inevitably brings up questions on quality and mass production-type music. Is it really possible for them to create so many songs and retain their artistic integrity, as well as remain original? What does it say to have almost every artist sharing the same producer of their work?

However, not all idols go the route of solely hiring top producers. Some idols that have found success include Yonghwa from CN Blue, IU, and Wheesung. The biggest breakout idol composer this year is Lee Chan-hyuk from AKMU. Born in 1996, he ranks at number three with three of AKMU’s songs staying in the top ten for a total of 13 weeks. With a strong debut album Play, it isn’t a surprise that he’s ranked at the top. Undoubtedly, he’s been recognised as a genius because of his young age, and he’s displayed quite clearly his penchant for composition. In short, he isn’t your typical idol — his control over the creation of AKMU’s material has made him special. There’s hope that the success of AKMU and Lee Chan-hyuk could inspire more composer-turned-idol acts or groups.

Lastly, there’s Esna, a new face on the scene who has joined up with Kim Do-hoon to produce the biggest hit of 2014, “Some.” The song, performed by Soyu and Junggigo, stayed within the top ten positions on the charts for 13 weeks. Probably better known for her singing and dancing videos released on YouTube, Los Angeles-native Esna has definitely made her mark in production and songwriting in the K-pop industry. Notably, she’s written and composed songs for Wheesung, Mad Clown, and rookie group Mamamoo. Her stylistic R&B and soul influences have served her well this year, and I for one am excited to hear more from her — on the production side as well as with her own solo material.

At the mid-year mark, there are some familiar names, and there are a few others who’ve just come into the picture. While the young ones start on their song-making paths, the top performing hitmakers are likely to create even more songs to add to their extensive catalogs. In an industry that runs on a visual aesthetic as well as a catchy hook, it’s no wonder that Duble Sidekick’s emphasis on creating the whole package has served them well so far. But I do expect Shinsadong Tiger, JYP, and G-dragon to make the list as the year winds down. Who were your favorite composers of 2014 so far? Are you surprised by any names on this list, or were there any big composers who are noticeably omitted?